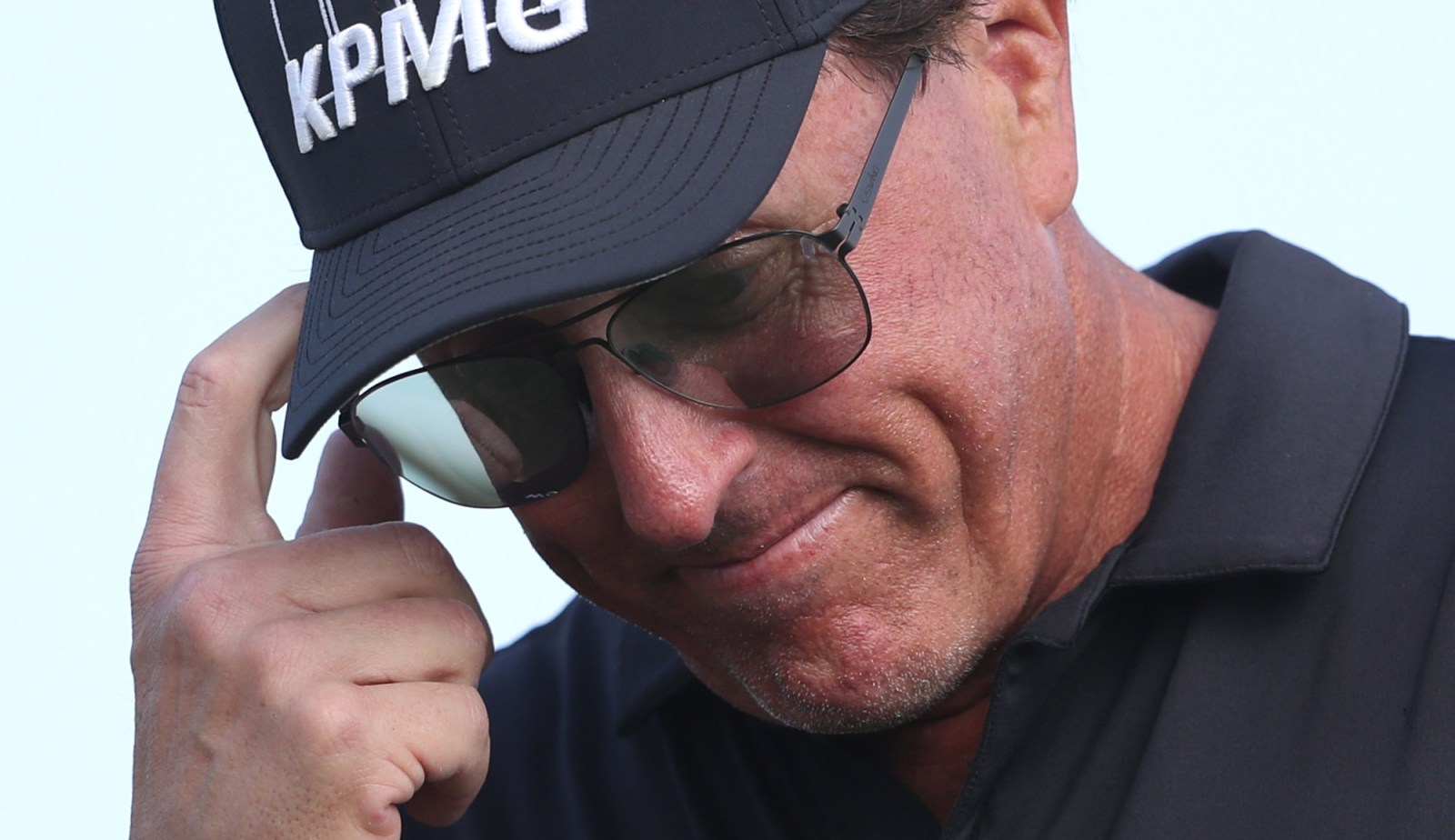 In case you missed it, the golf world — and by that I mean the US PGA Tour — recently stared down an existential threat to the very soul of the game. Or something.

The US PGA Tour — the major global tour — has, if you believe all the hype, bravely repelled the threat of a Saudi-backed breakaway tour and saved the sport. By threatening lifetime bans against any players who joined the breakaway Super Golf League (SGL), the narrative is that the soul of the game has been preserved from evil. Or something.

The SGL is funded by a bottomless pit of money under the umbrella of LIV Golf Investments, which is essentially bankrolled by Saudi Arabia’s Public Investment Fund. It is reportedly worth $500-billion.

In the past month the SGL, fronted by former world No 1 Greg Norman, offered leading players obscene amounts of money to join a breakaway tour.

Who would’ve watched it remains unclear because the idea of a small group of already wealthy golfers “competing” for some random title in a manufactured circus sounds about as exciting as an afternoon of watching scrums collapse.

You can’t just buy history and legacy, although it has to start somewhere, I suppose. Professional golf, for all its syrupy love of “tradition”, is basically a sport built on avarice.

Publicly, the PGA tour gushes about its prize fund and happily publishes tournament earnings. The entire season culminates in a finale decided by which players make the most money. The top 30 compete for more money in season-ending FedEx Cup Playoffs, where the winner takes home $15-million.

So, when someone else came up with more money, it spooked the self-appointed custodians of the game. The one thing the PGA Tour could always fall back on was the fact that it could make a few hundred players rich. And a few dozen could be super-rich.

Then came the Saudis, who promised to make even middling players super-rich and suddenly the entire landscape changed. How do you fight off a challenger that has the same weapon as you (money), but much more of it?

Well, you play the human rights card. Saudi Arabia is undoubtedly a cesspool in that arena and many players understandably didn’t want anything to do with it.

The fact that money was to be provided by a country that in 2018 ordered the execution of journalist Jamal Khashoggi, among many other atrocities, did the trick.

Khashoggi, who was close to the Saudi royal family before fleeing the kingdom for the US in 2017, wrote a monthly column in the Washington Post. In it, he criticised the policies of Crown Prince Mohammed bin Salman, the son of King Salman, Saudi Arabia’s de facto ruler. He paid for his words with his life. The Saudi rulers are not tolerant of criticism.

One by one, players linked to the SGL with offers of between $30-$100-million to participate, according to reports, backed away.

Former world No 1 Rory McIlroy distanced himself from the SGL when it was first mooted 18 months ago. He was the only golfer willing to speak out against Saudi Arabia’s appalling human rights record and has probably emerged from the episode with the most credit.

His acknowledgement that golf and the PGA Tour has earned him more material wealth than he will ever need at least grounded this saga in some reality.

Current world No 1 Jon Rahm and No 2 Collin Morikawa also distanced themselves from the SGL early on. In the past two weeks, Dustin Johnson and Bryson DeChambeau issued statements declaring their allegiance to the PGA Tour.

And of course, Tiger Woods, injured and unlikely to ever contend at the highest level again, was not touted as a future SGL member. Woods might be on the sidelines as a player, but he is still the heartbeat of professional golf. A comment from Woods has the same impact on golf as an Elon Musk tweet does on the markets. It’s seismic.

Without Woods’ blessing, the SGL never stood a chance. Threats of lifetime bans from the PGA tour against players who joined the SGL had some impact, but not as much as Woods’ absence. If he had been recruited, SGL’s storming of the fort might have had a different outcome.

Ageing European players such as Lee Westwood and Ian Poulter, who let’s face it, are hardly massive drawcards, were apparently made good offers to join. Westwood signed a non-disclosure agreement with the SGL, which presumably is now null and void.

Most players understood that even in a world where they are happy to take millions in sponsorships from apparel companies that run sweatshops in Asia to produce their goods, the Saudis were toxic. Golf’s morality is malleable if nothing else.

Not Phil Mickelson though. The six-time major winner was the most vocal advocate of the SGL, despite earning riches beyond the dreams of almost any sane person during his 30 years on the PGA Tour.

Mickelson ranted against the PGA Tour in an extraordinary interview with respected golf writer Alan Shipnuck for an upcoming book. He described the Saudis as “scary mother*****rs,” while simultaneously saying he was willing to overlook Saudi Arabia’s human rights record if the price was right.

“We know they killed Khashoggi and have a horrible record on human rights,” Mickelson said.

“Knowing all of this, why would I even consider it? Because this is a once-in-a-lifetime opportunity to reshape how the PGA Tour operates.

“They’ve been able to get by with manipulative, coercive, strong-arm tactics because we, the players, had no recourse.”

Somehow in Mickelson’s world, the murder of a journalist was similar to the PGA Tour denying players some extra cash and control. Or something.

Mickelson’s rant against the control of the PGA Tour naturally backfired and he has since done an about-turn as one of his major sponsors — KPMG — quickly dropped “Lefty”. Mickelson is the golfing equivalent of Saudi Arabia at the moment. Toxic doesn’t begin to cover it.

In a desperate attempt to salvage his tanking reputation, Mickelson issued a statement that only compounded his problems. In it, he never took complete responsibility for his words and tried to shift the blame to others.

Mickelson apologised to the SGL (in other words Saudi Arabia) but not the PGA Tour. He claimed his comments to Shipnuck were “taken out of context” and “off the record”. For the record, Shipnuck quickly hit back at Mickelson and confirmed the comments were indeed on record.

All that this serves to underline though, is that professional golf is a sordid business driven by money. It has always been thus. Ultimately, this issue between the SGL and the PGA Tour has not been about human rights. It has been about control of the game by “owning” the best players.

Tiger Woods proved that players can be as big as, if not bigger than the sport. And for a short while the PGA faced the prospect of a tour without big names, which would mean unhappy sponsors and broadcasters and ultimately the loss of millions, if not billions in revenue.

Golf fans might not have flocked to watch the SGL regardless of the players on show, but they wouldn’t have stuck around to ogle a bunch of nobodies on the PGA Tour either.

If anything, the players have emerged from this episode as the winners, because both the PGA and SGL found out that they’re nothing without them. DM