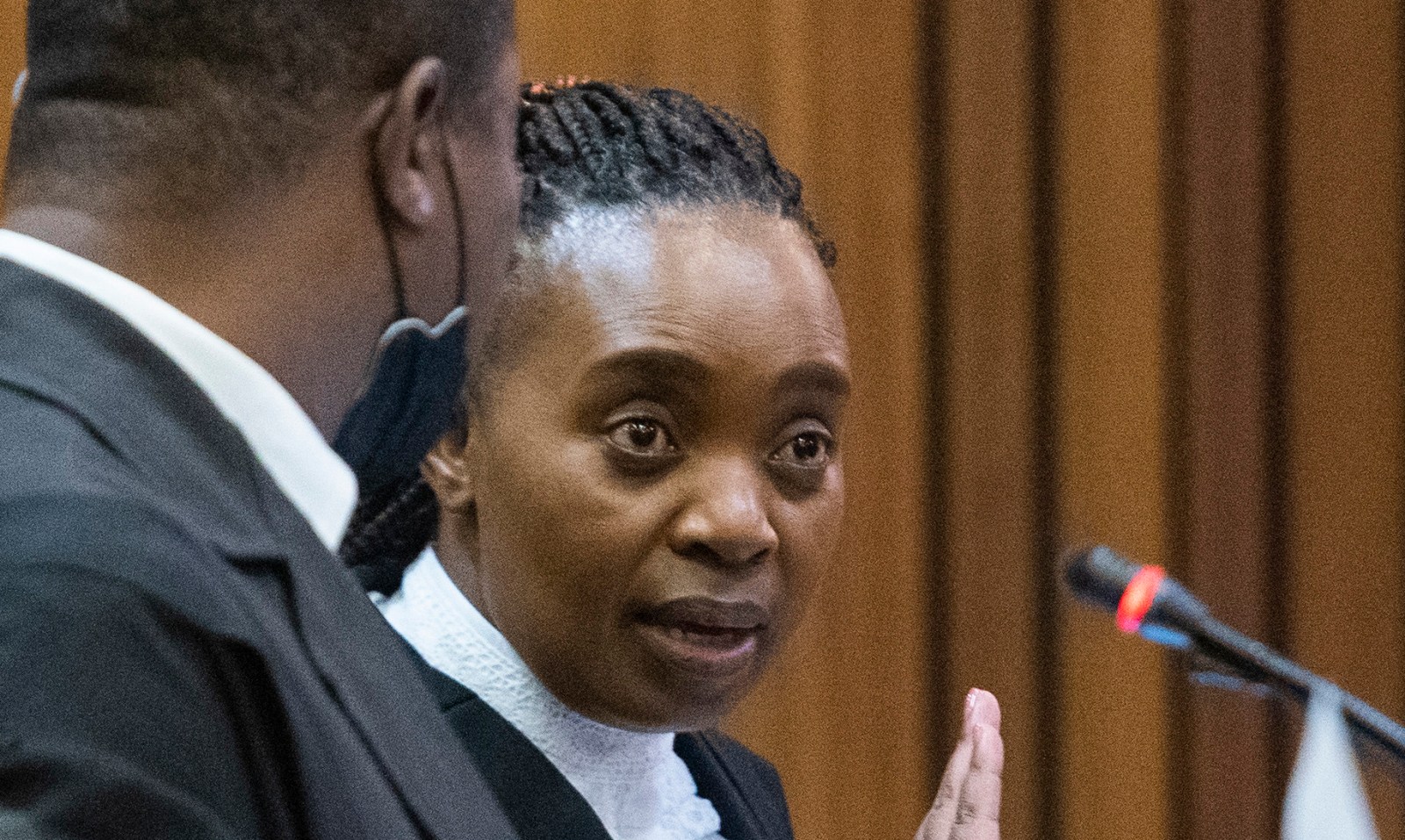 Advocates in the murder trial of former Bafana Bafana captain Senzo Meyiwa were on Monday unable to agree on a postponement date after advocate Zandile Mshololo asked for more time to consult with her client.

The Pretoria High Court on Monday heard that an unsigned indictment*, which advocate Zandile Mshololo received a copy of last Wednesday, was “an internal opinion by a junior State advocate which was without merit”.

Mshololo is representing Fisokuhle Ntuli, one of the five men accused of murdering Orlando Pirates and Bafana Bafana captain Senzo Meyiwa, in Vosloorus in October 2014. The five face charges of murder, attempted murder, armed robbery, possession of firearms without a licence and possession of ammunition. They have all pleaded not guilty.

The indictment (exhibit C), from the Director of Public Prosecutions in Gauteng, recommended that Meyiwa’s girlfriend and the mother of his child, Kelly Khumalo, with Gladness Khumalo, Zandile Khumalo, Longwe Twala, Mthokosizi Thwala, Tumelo Madlala and Maggie Phiri, should be charged with murder and defeating the ends of justice.

They were all with Meyiwa when what they alleged was a botched robbery that led to his murder occurred.

Although the trial started in April, Mshololo only received a copy of the document last week. But State advocate George Baloyi said Mshololo knew about the document.

“When the accused pleaded, advocate Mshololo said on behalf of accused number five that there is another docket. Therefore, I submit that no one can assert they were not aware of the existence of this docket.”

‘The State is lying’

“When the trial started in April, the State hadn’t disclosed to me the existence of this docket. Now the State is lying, saying I said I know about this docket,” said Mshololo.

“To say I knew about this docket, does it mean I was given that docket? The State is just shifting the blame… the State had a duty to disclose this to me and they had not done that.”

Baloyi explained to the court that on 23 March he wrote to Colonel Joyce Buthelezi, a senior officer at the forensics offices in Springs, asking for the document.

“Before the end of March, [Buthelezi] came to my office and she gave a copy to Teffo, who was also present,” said Baloyi.

Baloyi said he also only received a copy of the document last week. Mshololo said the State could have compelled the SAPS to send the document before the trial began.

“The State allowed me and accused number five to plead without this information. The State had a legal duty — it is not a favour,” said Mshololo.

“Accused number five’s constitutional rights have been violated. We are in a predicament. We are unable to conduct our defence further as a result of this late disclosure of this docket. This amounts to a miscarriage of justice.”

While Baloyi was happy to postpone the matter to a later date until Mshololo was able to go through the document and consult with her client, Teffo said he and his clients were being excluded from the proceedings.

Teffo went back and forth with Judge Tshifhiwa Maumela because Teffo was trying to address points that had not yet been discussed.

When Baloyi and Mshololo agreed for the matter to be back in court on the next available dates, either 5-16 September or 4-14 November, Teffo refused to say whether he agreed with the dates.

“If you’re not going to address the dates, sit down unless you want to be in contempt of court,” warned a clearly exasperated Maumela. Teffo then suggested they go to chambers, which the judge rejected.

‘Justice will not be dispensed’

After a short break to allow the advocates to discuss the postponement, Teffo told the court: “Baloyi was amenable, but Mshololo blatantly refused to come to the chambers.

“My intention was to say: whatever plays itself in this long adjournment, as accused one to four, we’re of the strong view that justice will not be dispensed because the counsel of accused one to four has been excluded from these proceedings.”

“There is no denying that advocate Mshololo wasn’t favoured with the copy at an appropriate time… the court will be inclined to agree to a postponement over a reasonable period of time.”

Just after 3pm, Maumela said that they had gone into overtime which would result in the accused missing dinner. At this point, Mshololo said it was unfair that most of the day’s proceedings had not been translated for the accused into isiZulu. Maumela agreed and said the proceedings would be translated when the trial resumed today (Tuesday). DM

Read Raymond Suttner’s op-ed here, which references concerns about the Meyiwa trial:  The state crisis of today goes beyond the future of Ramaphosa and undermines the future of SA

This article was amended at 12.20pm on 14 June 2022, to reflect that the “second docket” in fact refers to an unsigned indictment (exhibit C).