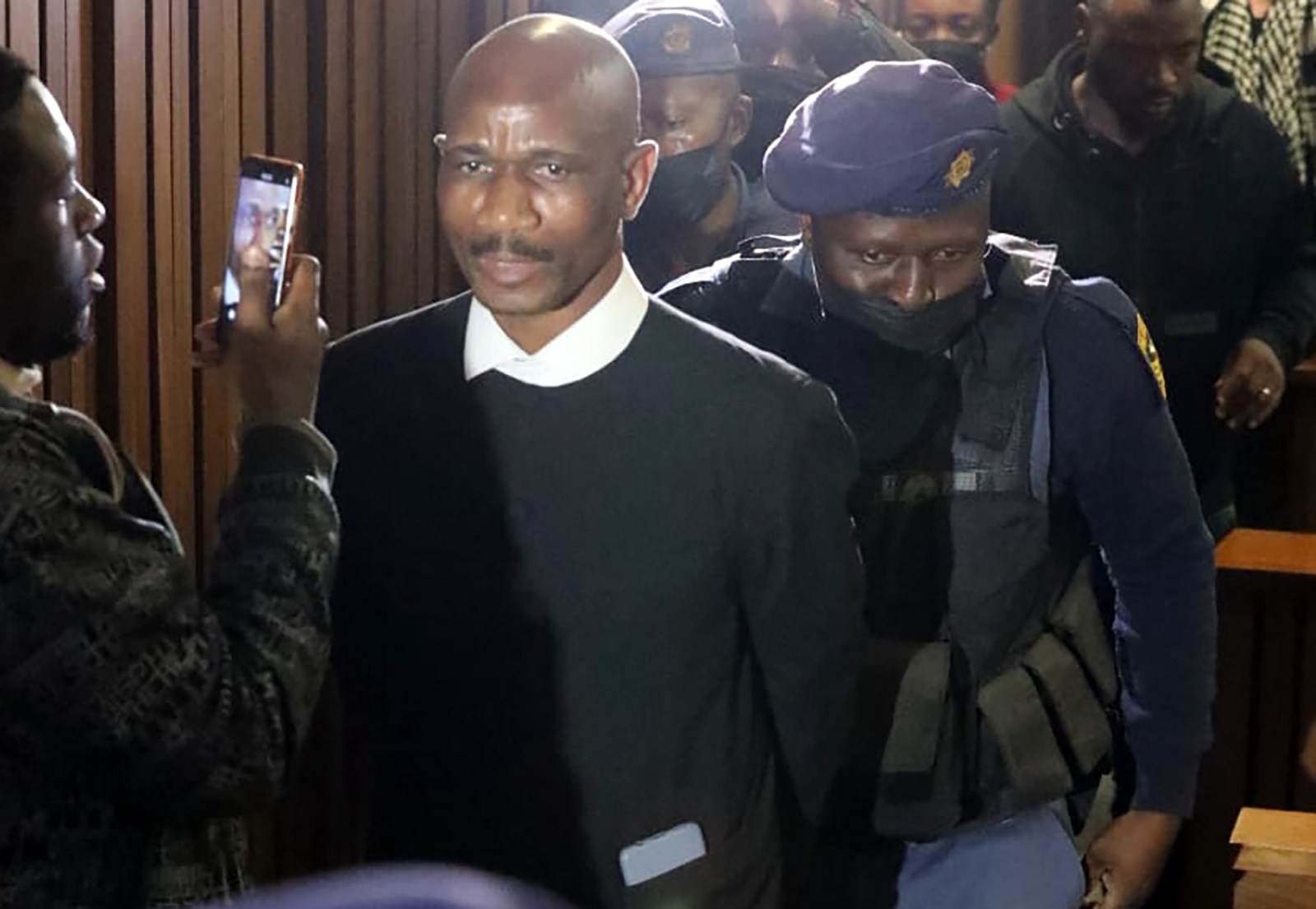 Advocate Malesela Teffo, who is representing four of the accused in the Senzo Meyiwa murder trial, was arrested in court. (Photo: Supplied)

Heavily armed police officers entered the court and said they had come to arrest Advocate Malesela Teffo. This is not Teffo’s first time on the wrong side of the law. He and a police officer client were last year convicted of contempt of court and fined R50,000.

The trial in the Pretoria High Court of five men charged with the murder of Bafana Bafana and Orlando Pirates goalkeeper Senzo Meyiwa took a surprising turn on Thursday with the dramatic arrest of the lawyer for four of the accused.

Judge Tshifhiwa Maumela had just announced the postponement of the trial to 30 May when heavily armed police officers entered the court and said they had come to arrest Advocate Malesela Teffo in connection with a case for which Teffo missed a January court date.

Teffo had to follow his clients down to the holding cells.

Meyiwa was killed in the home of his girlfriend, singer Kelly Khumalo, in Vosloorus in October 2014 in what the State claims was a botched robbery.

Confirmation of the exact charges faced by Teffo could not be established as neither the National Prosecuting Authority nor the Gauteng police responded to phone calls on Thursday.

Daily Maverick gathered that the charges related to a matter in which Teffo failed to turn up in court in January for a charge of trespassing.

On Tuesday, Teffo stunned State witness Sergeant Johannes Thabo Mosia when he claimed that DNA evidence collected from a hat found on the scene and believed to belong to one of the suspects was not that of a man but a woman.

On Thursday, Teffo made another claim, telling the court during the cross-examination of Mosia of a different court matter connected to Meyiwa’s murder and in which Khumalo, her sister Zandi, Meyiwa’s friend Tumelo Madlala and Longwe Twala were all suspects.

The investigation into Meyiwa’s murder has been marred by controversy from the beginning, and it took about eight years before suspects were eventually brought before a court. Wild conspiracies regarding what could have happened to Meyiwa were widely circulated on social media.

The mystery of the talented goalkeeper’s killing has further been deepened by the Netflix documentary Senzo: Murder of a Soccer Star.

This is not Teffo’s first time on the wrong side of the law: he and a police officer client were last year convicted of contempt of court and fined R50,000.

Teffo claimed politicians were behind his arrest, shouting in court: “Bheki Cele doesn’t want me on this case.” DM