Senzo Meyiwa murder trial: Mystery of the DNA in the ha...

Senzo Meyiwa murder trial: Mystery of the DNA in the hat 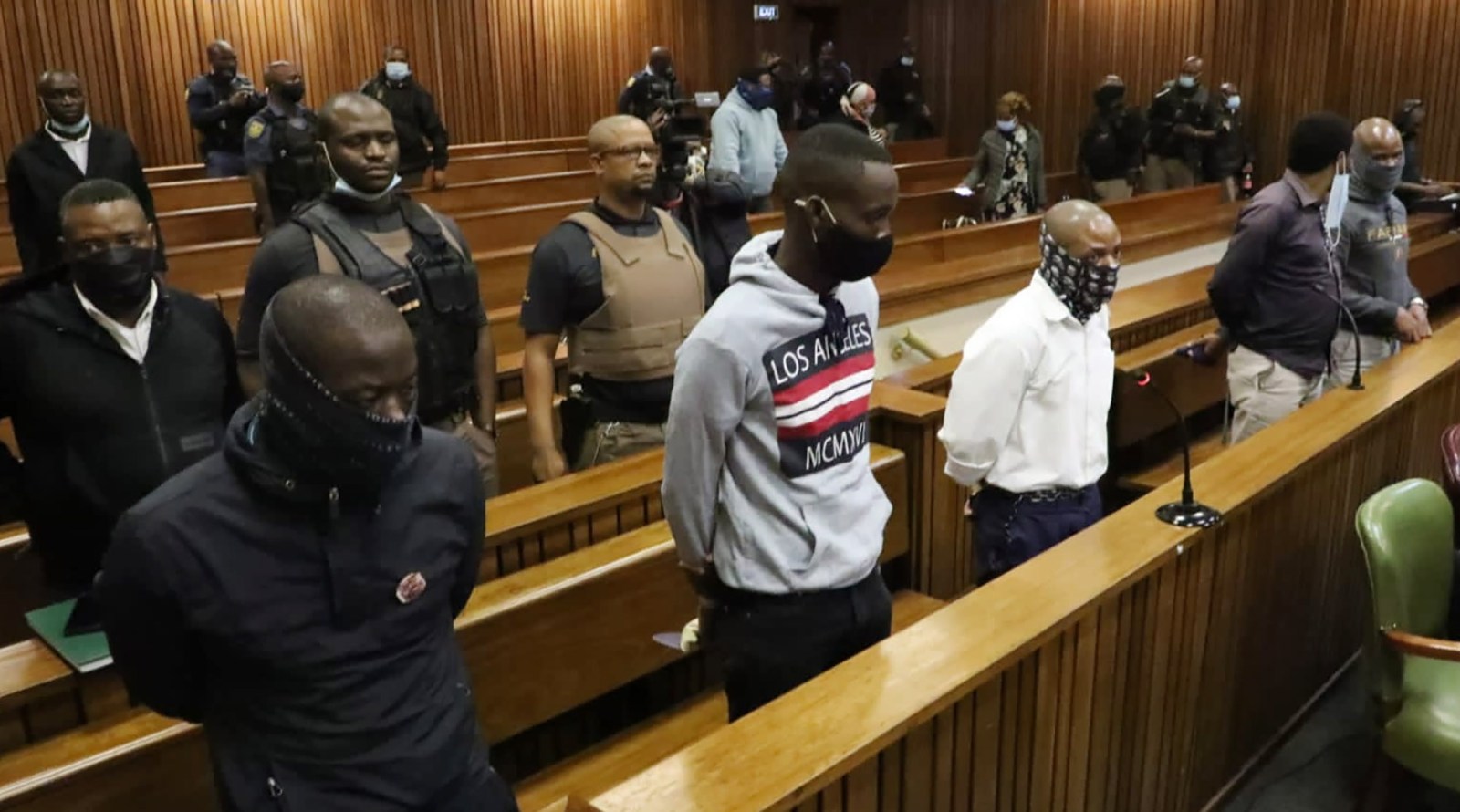 A state witness in the trial of five men charged with the murder of former Bafana Bafana and Orlando Pirates goalkeeper Senzo Meyiwa was stunned by a defence lawyer’s claim that key DNA evidence was from a woman, not a man.

Sergeant Johannes Thabo Mosia, called as the state’s first witness in the sensational Senzo Meyiwa murder case, said he was not aware that the DNA found on a hat collected as evidence was that of a woman, not a man.

“And I now say for your information that the DNA belongs to a female person,” claimed Advocate Malesela Teffo, who represents four of the accused. “Is that news to you?” Teffo asked Mosia during cross-examination on Tuesday.

“It is a new thing to me, my Lord,” replied Mosia.

It is the state’s belief that accused Number 3,  Mthobisi Prince Mncube, left the hat behind at the scene of the crime.

Teffo told the court his client, Mncube, was a man and said: “Can I ask my Lord that my client, accused Number 3, stand up to confirm his gender?”

“Alright, that’s fine. ‘No, I was saying just for Mr Mosia to see that he is a man,” retorted Teffo.

“I don’t understand how standing up will confirm that unless you were saying he should remove the mask to check whether he is bearded, things like that,” Judge Maumela said. “I still don’t understand why, but Mr Mncube can you stand up so that according to Advocate Teffo you can confirm your gender?”

Mncube, dressed in a formal shirt, stood up and had his left hand released so he could pull his face-mask below his chin.

“Were you not aware prior to that?” Judge Maumela asked.

“I was aware, my Lord,” answered the policeman.

Teffo then said: “The court is dealing with evidence, your worship, but now he has confirmed his gender.”

The hat DNA revelation came after Mosia and Teffo agreed they were on the same page regarding alleged ownership of the hat.

Earlier, Teffo asked the sergeant if he agreed that the hat was believed to have been left behind by a suspect as they fled. “That is why I am emphasising on the DNA results from the hat,” he added.

Meyiwa was shot at the Vosloorus family home of his partner, singer Kelly Khumalo, in what the state alleges was a botched robbery.

They are facing charges of murder, extortion, robbery with aggravating circumstances, attempted murder and possession of an illegal firearm and ammunition.

Tuesday was Mosia’s second day on the witness stand. Earlier, during cross-examination, he said he would not be able to respond to questions concerning ballistics as ballistic and other expert results were not returned to him.

“As I mentioned earlier about the experts’ results my Lord, after handing in the evidence at the forensic laboratory for analysis, the results do not come to me,” explained Mosia.

An unsatisfied Teffo questioned why the expert results had been taken elsewhere when the sergeant was the one who had sought them.

“We have a recording here. You can’t be wasting our time by repeating things. If you have a problem you can come in the morning and listen to that record. You hear that answer,” Judge Maumela said.

“I disagree, your worship,” said the advocate.

“No, I insist that you don’t repeat what he has already explained,” Judge Maumela retorted.

“I disagree, your worship. I should be allowed to represent my client,” said Teffo.

“No, you are not allowed. I am disallowing you,” Judge Maumela fumed.

“I think we are going to have a problem here. If I can be treated like this, why should I come alone here and listen to the record,” said Teffo.

He said the state witness took the entire day testifying on Monday and there were no complaints about that. The judge replied that that was because the witness was not repeating himself.

Most of the evidence on the day related to the crime scene and how it had been handled. One question not fully resolved pertained to contamination of the crime scene. Sergeant Mosia could not say with certainty if the crime scene was secure and hadn’t been tampered with before he and other detectives arrived on the scene.

Asked by Teffo who, in his knowledge, had investigated the Meyiwa case. Mosia said initially it was officers from the Vosloorus police station. However, he said one day the docket was taken from him by two senior  SAPS members.

“About two officers of captain ranks came and they introduced themselves as the investigating officers in the case, my Lord,” said Mosia.

“Who are those, where are they from and when did this happen?” asked Teffo.

“I can’t say much on that, my Lord, because I never noted anything,” replied Mosia.

“Did they give you their names and tell you where they were coming from?” Teffo asked.

Teffo sought to use possible contamination of the crime scene to discredit the case of the state. “What is a fragmented bullet?” he asked.

“During the firing, it changes the sides. It changes its side, its shape?” Advocate Teffo wanted to know. “It becomes damaged, then fragmented?”

Teffo: “So, will I be correct when I say the damage of the bullet along the line that you are talking about becomes fragmented. Doesn’t it depend on the degree of the strength of the target. Like if you can shoot at a sponge, will the bullet be fragmented?”

Teffo: “So do you have an idea of the kind of the target which that bullet hit.”

Mosia said he did not know the strength of the object that had caused the bullet to fragment.

During their court appearance on Monday, two of the five accused complained about the awful conditions they claimed they were subjected to in prison.

The trial continues on Thursday. DM