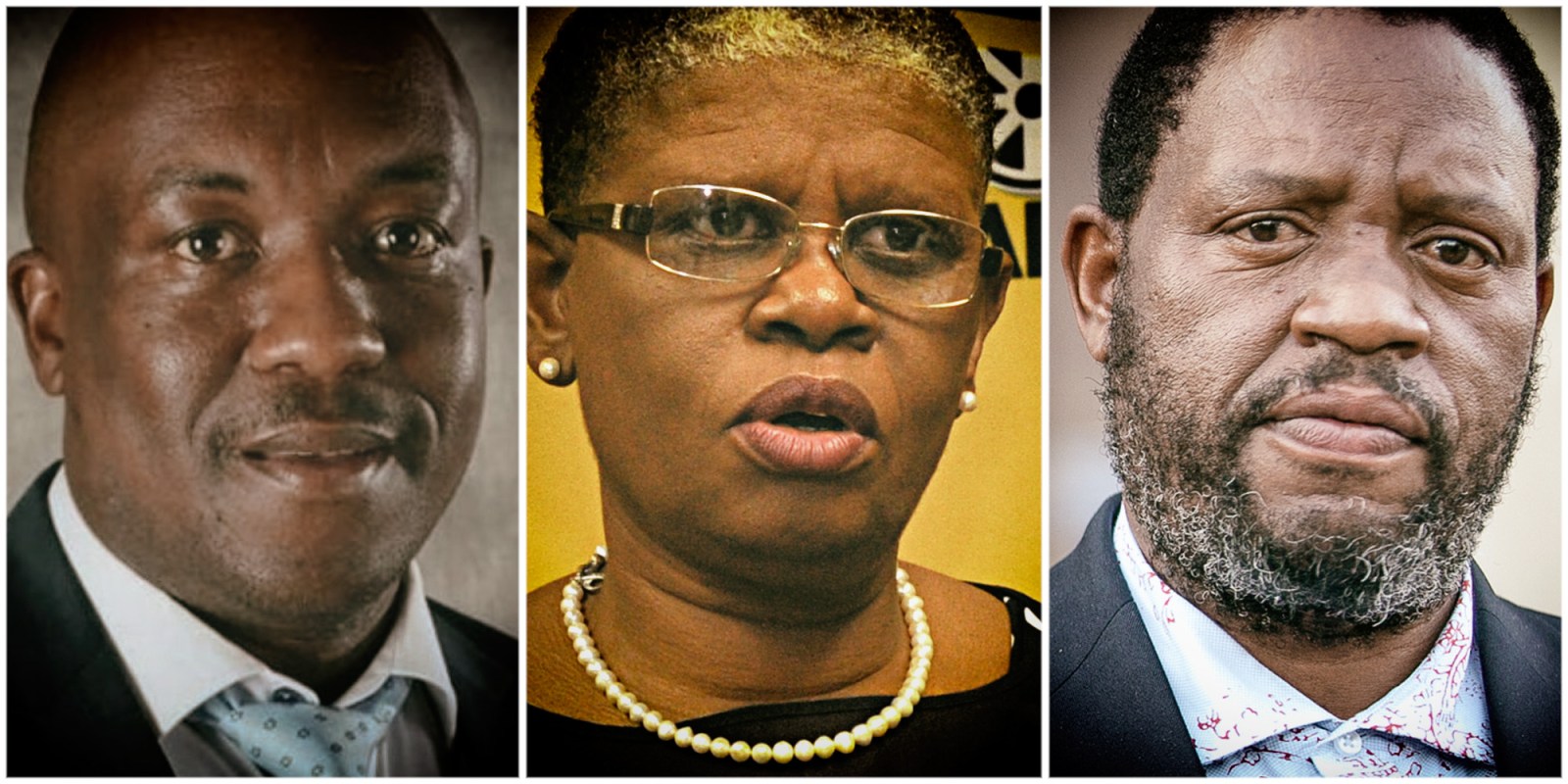 The NEC agreed that ‘any member who had stepped aside voluntarily following an indictment to appear in a court of law on any charge’ should not be allowed to run for a position on a branch, regional, provincial or national executive committee.

The ANC’s National Executive Committee (NEC) has tightened the loopholes in its rule on leaders who face criminal charges after some of those leaders abused the rule’s shortcomings by being elected to positions and causing “serious reputational damage” to the party, as well as confusion.

More changes could be in the offing as the party has asked officials “to investigate and make proposals regarding any further amendments required for the effective implementation of the resolution”.

One official has hinted that some of these measures might entail political education and more “reflection” on the matter by branch delegates.

After a special meeting on Sunday and Monday, the NEC agreed that “any member who had stepped aside voluntarily following an indictment to appear in a court of law on any charge” should not be allowed to run for a position on a branch, regional, provincial or national executive committee.

It also stipulated that this applied to those who had been suspended in terms of rule 25.70 of the party’s constitution after such an indictment.

Party Secretary-General Ace Magashule was suspended just over a year ago after he refused to step down voluntarily after a corruption charge. There were indications recently from Magashule’s side that he was hoping for a political return, as he issued a statement in his own name, but this would prevent him from coming back as long as the corruption charges are in place.

The wording of the statement seems to hint that the step-aside rule would not only apply to “corruption or other serious crimes”, as stipulated by the NEC after its meeting on this at the end of March last year, as well as by its 2017 conference in Nasrec, but to “any charge”.

This would deal with someone like the former president of the ANC Women’s League, Bathabile Dlamini, who has refused to step aside voluntarily after she was convicted of perjury this month, leaving the NEC divided over whether perjury is a crime serious enough to warrant forcing her to step down.

Dlamini is set to appear before the party’s Integrity Commission, the NEC said in its statement, in which it also announced that the women’s league had been disbanded and replaced by a national task team to take the league to an elective conference.

The party’s National Working Committee will decide on the composition and terms of reference of the task team. It is unlikely that the structures that recently elected leaders who are facing charges will have to rerun their conferences.

Senior ANC leaders have said that it would be difficult — legally and politically — to apply the NEC’s latest decision retrospectively.

ANC treasurer-general Paul Mashatile is set to clarify questions over the latest decision at a media briefing at Luthuli House on Thursday afternoon.

The latest decision appears to have been aimed at neutralising possible attempts by leaders to scupper the party’s national elective conference in December by staging a revolt against the step-aside rule, which some of President Cyril Ramaphosa’s detractors have claimed is a way of keeping them out of leadership positions.

But in its statement, the NEC said the implementation of this rule “constitutes an important and groundbreaking element in the renewal and rebuilding of the organisation”.

Polls a ‘worry’ for party

Perceptions that the party’s leadership is corrupt have influenced voting behaviour, and one insider said the party has been worried by its own polls, which indicate that its electoral support could drop below 50% in former strongholds in 2024.

The NEC said in its statement it held the position that, “as a liberation movement and a governing party, our leaders must be above reproach, and that any misconduct or dishonesty is dealt with in a serious and consistent manner”.

It also said that its leadership guidelines document entitled Through the Eye of a Needle stipulates that “a leader should lead by example. S/he should be above reproach in his or her political and social conduct — as defined by our revolutionary morality.”

Leaders are also supposed to be role models to ANC members as well as those who are not members, and their lives should be “free of corrupt practices”.

Meanwhile, in Gauteng, provincial secretary Jacob Khawe has become the latest leader to step aside after allegations that he assaulted his wife. EWN reported that a special Provincial Executive Committee meeting was held after these allegations were published in the Sunday Times and that Khawe volunteered to step aside.

The women’s league in the province said it would accompany Khawe’s wife to the police station to lay a complaint.

The NEC  also provided clarity at its meeting this week on a matter that has been disputed at recent elective conferences, by ruling that unelected, interim party branch, regional or provincial structures are allowed to take part in elective conferences.

Since many of these interim structures are friendly towards the current NEC, this move could load the voting delegates in conferences in the favour of the national incumbent. DM