Zumaland: The centre is not holding in KZN ahead of ANC...

Zumaland: The centre is not holding in KZN and the powder keg is likely to reignite 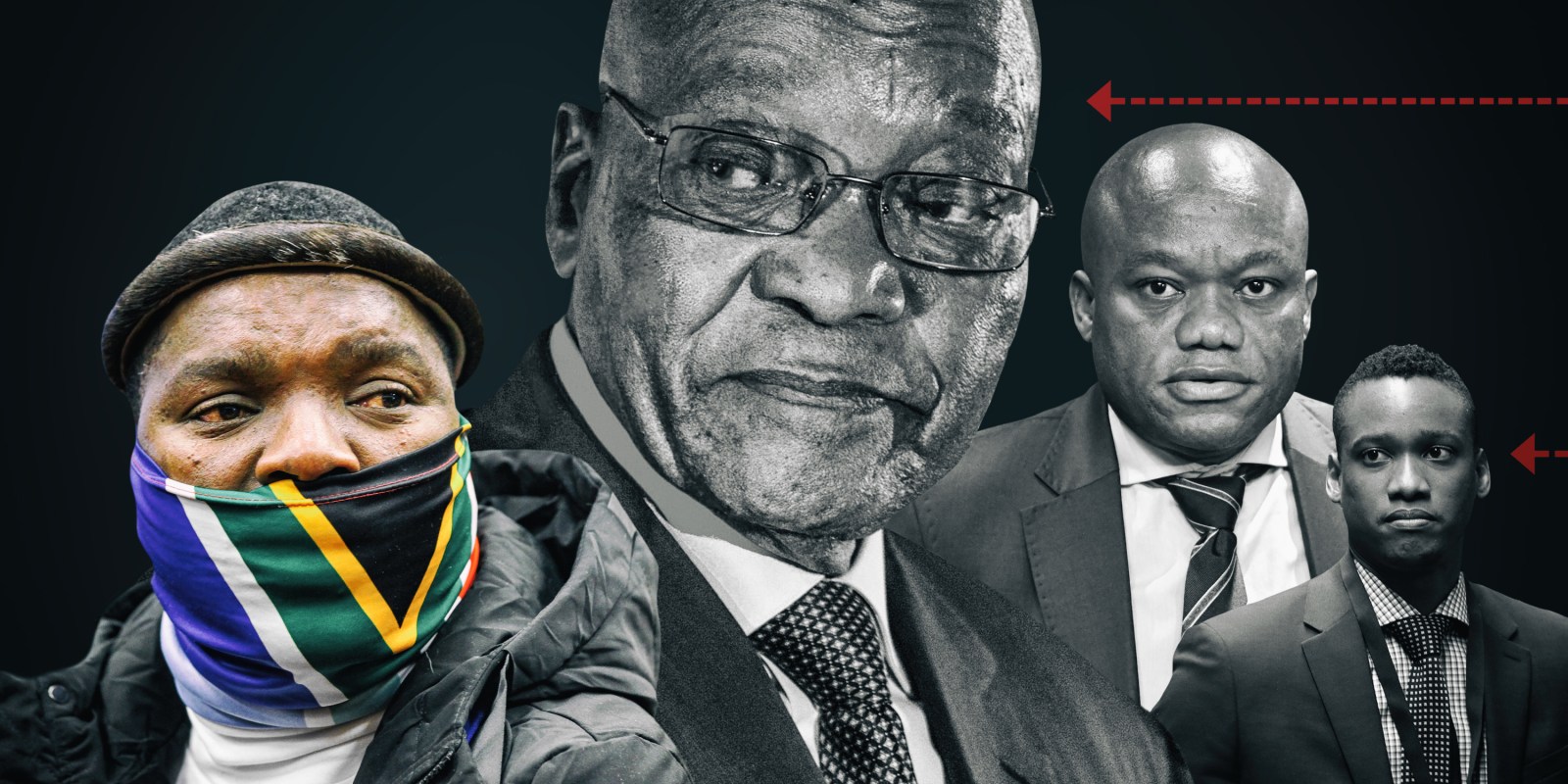 The groundswell of support for former president Jacob Zuma among key KwaZulu-Natal ANC regions means the powder keg that saw the province erupt in flames in July last year following his imprisonment could be reignited.

Ahead of the critical provincial elective conference next month, it has become important for leaders to demonstrate public support for Zuma in his court battles to stay out of prison.

This plays into the narrative that he is an 80-year-old man who should be left alone to enjoy the last days of his life and that he is a victim of political machinations by opponents of radical economic transformation.

His imprisonment for contempt of court last year sparked wanton destruction and looting in KwaZulu-Natal and parts of Gauteng that cost four hundred lives and billions of rands while the economy was under siege from the devastation of the Covid-19 restrictions.

The throngs that gathered outside Zuma’s Nkandla home that July night had sworn to defend him and prevent the police from taking him into custody. In the end, he surrendered, but his province went up in flames.

Now the dark clouds are gathering again. He returns to the Pietermaritzburg High Court on 1 August for the Arms Deal trial that is yet to begin in earnest, 17 years since he was first indicted.

On another front, he is appealing the ruling by Gauteng High Court Judge Elias Matojane that the granting of his medical parole was unlawful and that he should go back to prison. He was released by former correctional services commissioner Arthur Fraser two months into his 15-month sentence for contempt of court after he failed to appear before the Zondo Commission. The appeal is expected to be heard on 15 August.

But a month before that, the ANC in KwaZulu-Natal will hold its provincial elective conference where the current chairman and premier Sihle Zikalala will face a multipronged challenge by factions representing different shades of radical economic transformation and those backing president Cyril Ramaphosa’s effort to renew the ANC and restore it to its former glory as a proud liberation movement free of corruption and lust for material gain.

Whatever the inclination of individual leaders between these two broad factions in the ANC, the Zuma factor is once again a major consideration in the build-up to the conference. Nobody wants to be on the wrong side of the divide as Zuma’s legal woes once again threaten to bring the province to the brink.

Zuma’s home region of Musa Dladla has taken a firm resolution that he must be shown support and that other regions should also be persuaded to be with him in court for solidarity. The largest ANC region, Zandile Gumede’s eThekwini, is also backing Zuma and its preferences for the provincial leadership carry substantial weight.

But what is the endgame for Zuma’s supporters?

How far are they prepared to go to ensure that he does not end up in prison – in August or beyond that when the Zondo Commission recommendations are implemented and key players in the State Capture project are prosecuted?

Because of deep divisions within the leadership core of KwaZulu-Natal, there cannot be a coherent response to the challenge posed by a fallout arising from Zuma’s troubles. This is particularly so because there does not appear to be a mechanism to rein in loose cannons among those who profess their love for Zuma.

Besides his children, in particular, Duduzile, who perhaps understandably, would not mind if the whole country was reduced to ashes in support of their father, there are also the likes of former Ukhozi FM presenter, Ngizwe Mchunu.

It’s Time To Take Our Country Back!!! pic.twitter.com/2F8n9wGoVP

Mchunu uses his popular appeal on social media and whenever he takes to the podium on occasions arranged to drum up support for Zuma, to vent the most virulent insults and derogatory utterances against senior ANC leaders, in particular president Ramaphosa and premier Zikalala.

In the presence of ANC leaders, he instigates mayhem in the defence of Zuma and is particularly proud that he is facing charges as one of those behind the July unrest.

Dismissed by many as a mere jester who rambles on incoherently, he is the KwaZulu-Natal face the law enforcement agencies have given us as the evil force behind the July uprising.

After his physical confrontation with Zikalala during a concert in Durban two weeks ago, he laid assault charges against the premier, who in turn did the same against him.

But anybody who watched his interview with the South African Broadcasting Corporation after the incident would agree that Mchunu needs help.

Now, if after an insurrection that left two million people jobless and set the economy back by R50bn can be laid at the door of the likes of Mchunu, it suggests that the political leadership in KwaZulu-Natal cannot rule out a full-scale insurrection directed by those who would rather go down with the whole country than see Zuma in prison.

With his stance and public pronouncements about Ramaphosa and Zikalala, Mchunu cannot be a loyal and disciplined member of the ANC. But for some reason he is invited to ANC platforms to spew profanities against the most senior of its leaders. Some of the insults are profoundly based on notions of tribalism and ethnicity.

That can only mean that the centre is not holding in the provincial leadership. With a potentially bitter leadership contest on the horizon, it becomes difficult to call to order those in cahoots with elements that undermine the renewal project.

Preservation of self supersedes organisational discipline while a cloud of another uprising looms larger as the August dates approach for proper battles for Zuma’s survival.

The outcome of the provincial conference will determine whether KwaZulu-Natal opens a new chapter or remains perpetually on the brink, fearful of doom if the law takes its course. DM