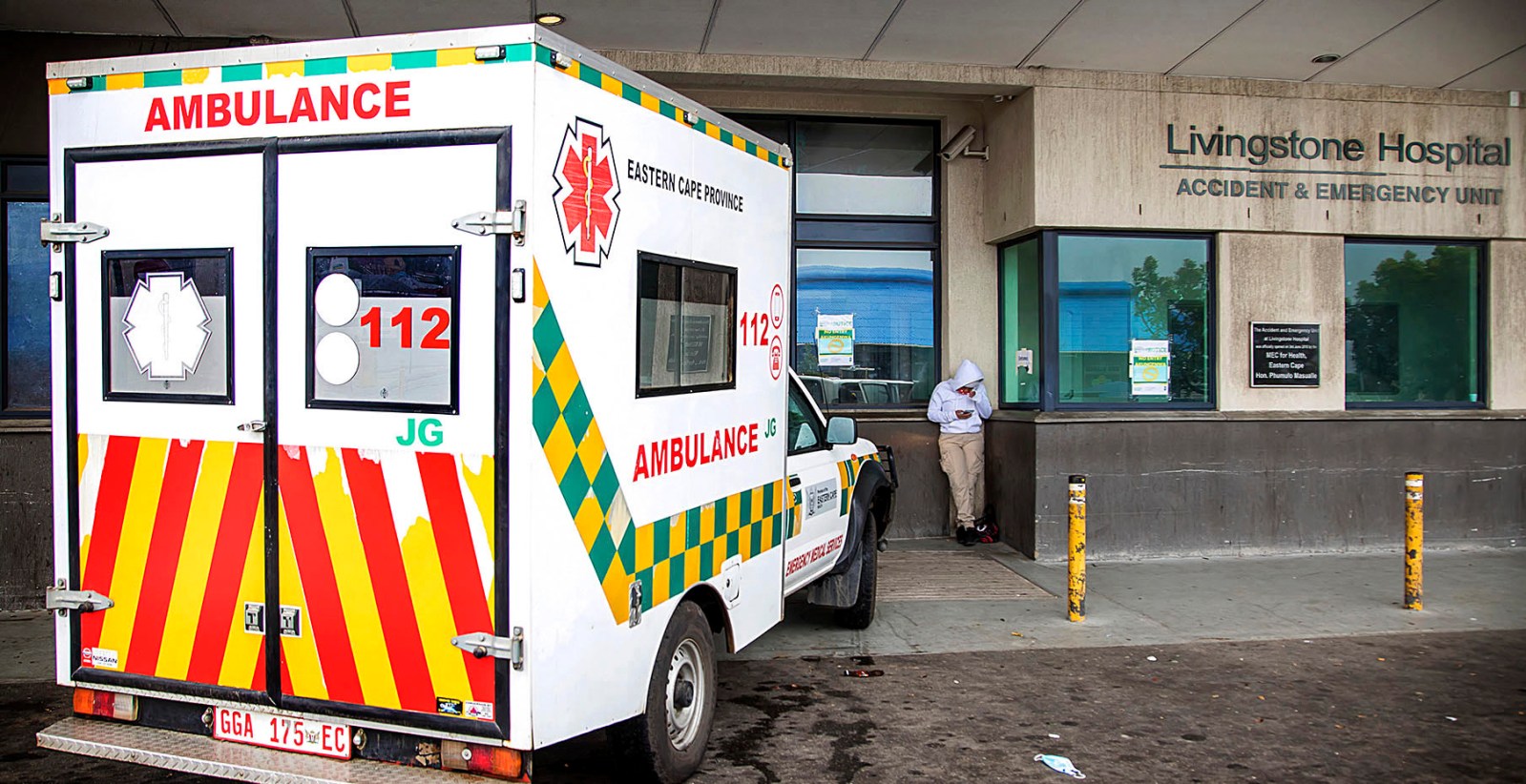 The lives and futures of seventy patients at Livingstone Hospital, Eastern Cape, is at high risk after unpaid bills led to orthopedic surgeons being unable to perform surgeries. (Photo: Donna van der Watt)

Johnson & Johnson is refusing to provide Livingstone Hospital with orthopaedic implants until the facility coughs up R34-million in unpaid invoices. Scores of patients are at risk as the health department dithers over payments that have been outstanding for years.

There’s an 85-page list of R34-million worth of medical equipment and 70 patients waiting with bad bone breaks and sepsis — while the province fails to pay for the equipment that’s already been provided.

This is the grim situation at Livingstone Hospital in Gqeberha as orthopaedic surgeons can do nothing but wait for the health department to pay up. Until then, they are unable to operate on 70 patients who urgently need to have their broken bones fixed.

As of Wednesday, there are no more orthopaedic implants, screws, rods, plates or pins used to set bone breaks at Livingstone Hospital.

Johnson & Johnson — the last big contractor to still provide the orthopaedic surgeons with these items — has now withdrawn all their goods from the hospital over unpaid bills going back as far as 2019.

The provincial health department said the number of trauma cases in the districts serviced by the hospital had outstripped their budget.

The bulk of the unpaid accounts is from 2019 and 2020, shortly after the hospital’s management team was removed by Dr Thobile Mbengashe, the former superintendent-general of the Eastern Cape health department, crippling the hospital complex that has since limped from acting CEO to acting CEO with no permanent appointment in sight.

Doctors have warned hospital management that patients face death, disability and disfigurement as at least 70 urgent cases — many with sepsis — cannot be helped due to the withdrawal of the pins and rods needed to hold their broken bones in place.

Johnson & Johnson, a main provider of the implants used to fix bones, indicated in correspondence seen by Daily Maverick that they will no longer provide the equipment from 1 June.

In a dire warning to Livingstone Hospital managers, doctors have cautioned that patient care was severely compromised by Johnson & Johnson’s decision to no longer provide implants to the facility.

Without urgent attention, some patients risk being crippled for life.

It has been confirmed that 70 patients with sepsis and bone breaks are currently waiting for surgery at Livingstone Hospital.

It’s uncertain when this will happen, as it is understood that participants in a high-level meeting could not agree on a timeline to resolve historic purchasing orders, some dating back to 2016, or agree on a new “upfront purchase order system” to help curb over-expenditure and contain costs.

However, in the same meeting, it was agreed that the department will start addressing purchase orders for Johnson & Johnson that were made in 2020/2019, as this is the period with the most cases where the company’s implants were used.

It is understood that there was a commitment by the Department of Health to resolve this issue by 22 June.

But Johnson & Johnson complained in their correspondence of a “lack of clear commitment from Livingstone Hospital to address our concerns regarding the outstanding purchase orders which we discussed”.

“This position is not one we take lightly as it affects the ways in which we are able to positively contribute to the healthcare sector in South Africa,” the letter to the hospital reads.

It has been confirmed that the department was then presented with a document of 85 pages of tables detailing unpaid invoices. In some cases, department officials have not even done the paperwork to enable payment.

The company also asked the National Department of Health to intervene.

“Formal communication in this regard was delivered to the hospital and we look forward to an amicable solution to this past debt so the much-needed services for all healthcare users can be reinstated.

“At Johnson & Johnson we believe our first responsibility is to the patients, doctors and nurses, to mothers and fathers and all others who use our products and services. In not being able to meet their needs, we are unable to fulfil our credo, which is highly regrettable,” Ledimo added.

In their report on the issue, the South African Law Reform Commission (SALRC) noticed that the province had “consistently paid out the biggest amount in claims for the past three financial years, setting a new record for the highest payout each year.

Summing up reports from the Public Protector and the SA Human Rights Commission, the SALRC continued: “All the reports published point to severe systemic problems in the public health sector, with issues such as leadership and governance, poor planning and financial management, shortages of staff and equipment and failure to maintain infrastructure, equipment and facilities repeatedly mentioned.”

In its response, the Eastern Cape health department said they could confirm there had been “challenges” in paying Johnson & Johnson’s invoices.

“However, numerous engagements with the supplier to consolidate and reconcile all outstanding debt is taking place and the matter is being attended to with the urgency it deserves. The department is not in a position to discuss further details of the account in question due to confidentiality,” their response reads.

“The facility (Livingstone Hospital) has a budget allocated towards these services, but due to the high burden (of trauma) and need for specific trauma services, the need outweighs the allocated budget.

“Approval for additional funding is being sourced to offset current outstanding debt.

“Livingstone and PE provincial hospitals provide surgical services to the entire Nelson Mandela Bay and Sarah Baartman Health Districts with certain specialised surgical services, amongst the only such services in the province,” the department’s response reads. DM/MC