Even tougher times ahead for SA’s middle class 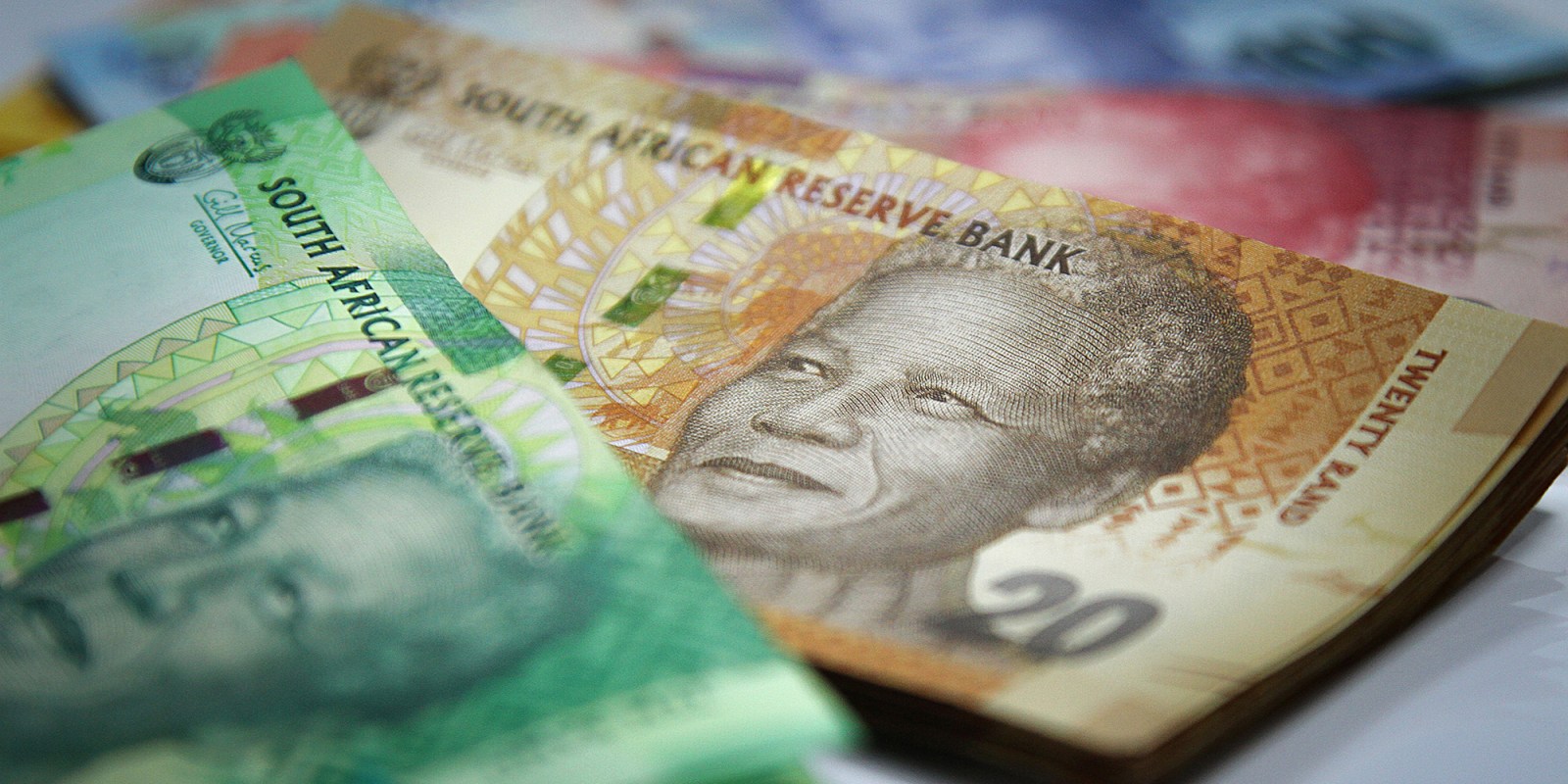 South Africa’s middle-income earners are barely breaking even and, experts say, they’re headed for a tighter money crunch as a perfect storm is stirred up by increased interest rates, rising inflation and steeper fuel prices.

Twitter and other social media sites were abuzz this week after First National Bank (FNB) revealed that middle-income consumers were spending up to 80% of their monthly salary within five days of being paid.

The stats from FNB suggest that the average middle-income consumer, earning between R180,000 and R500,000 a year, survives on 20% of their monthly salary for more than 20 days in a month. But this is not shocking news. It’s something the debt-counselling industry has been flagging as a concern for several years, if not longer.

The movement of 80% of monthly salaries within five days of being paid can largely be attributed to debt repayments that go off as debit orders before people have a chance to redirect that money elsewhere. Although some of these debit orders, such as home loan and car finance repayments, will be larger transactions, all signs point to a heavily over-indebted consumer who is also paying off credit card debt, personal loans and store credit.

Benay Sager, head of DebtBusters, says a material decline in disposable income and a higher debt burden over the past six years are contributing to the financial challenges many South Africans are facing. The latest DebtBusters Debt Index for the first quarter of 2022 indicates that, in real terms, South Africans now have 31% less disposable income than six years ago. This, with a higher debt burden, is fuelling increased demand for debt counselling.

“Consumers are making up the shortfall in real income by borrowing — and, for those taking home more than R20,000 a month, unsecured debt has increased by an unsustainably high 54% since 2016, while their debt-to-income ratio is now an alarming 150%,” Sager says. The consequence of this higher debt burden is that consumers need to spend about 62% of their take-home pay to service their debt.

Over the past few years, FNB has invested heavily in eBucks, its rewards programme, which has paid out more than R16-billion over 20 years. More importantly, more than two million FNB clients are actively using the bank’s in-app money management tool, nav» Money.

Senzo Nsibande, chief executive of FNB Money Management, says the most popular feature on nav» Money is the “available funds” feature, which helps customers track upcoming payments and ensure that their funds last until the next payday.

The second most popular use is the credit status feature, where customers can view their personal credit status and get tips on how to improve it.

“We are also seeing significant growth in the use of the ‘smart budgeting’ and ‘track my spend’ features, which allow you to automatically track your spend per category and keep within planned spend amounts,” he says.

Sager notes that although the average loan size has increased by 27% over the six years, the number of debt obligations has declined by 18%, indicating that although consumers have more debt per credit agreement, they are seeking help sooner.

As dire as the figures seem right now, the reality is that the 20% of salary that middle-class South Africans are relying on to get them through the month is likely to shrink even further in the year ahead.

The FNB/BER Consumer Confidence Index declined from -9 to -13 points in the first quarter of this year. FNB chief economist Mamello Matikinca-Ngwenya says the marked decline in the confidence levels of affluent consumers can largely be explained by the alarming images of Russia’s military invasion of Ukraine, unprecedented sanctions against Russia and the unfolding economic ramifications of this conflict.

Falling consumer confidence levels signal a decreased willingness to spend among households, whereas higher inflation will also erode their purchasing power, or ability to spend.

Even though affluent consumers were the first to become alarmed about South Africa’s economic prospects and have revised the outlook for their household finances downward, less affluent consumers will eventually have to make the largest adjustments to their budgets.

“Discretionary spending will come under strain as the prices of necessities such as food and fuel scale new record highs and interest rates continue to edge up, calling for downward revisions to real consumer spending projections for 2022,” said Matikinca-Ngwenya.

In the most recent hit, the South African Reserve Bank’s (SARB’s) Monetary Policy Committee raised interest rates by 50 basis points this week, taking the repo rate to 4.75% and the prime lending rate to 8.25%. To put that in perspective, if you had a R2-million home loan at the prime lending rate taken over 20 years with no deposit, your monthly instalment just went up by R623 and your total interest payable over the term of the loan increased by R150,000.

Ayanda Ndimande, head of Sanlam business development for retail credit, says the increase in interest rates translates to a direct increase in the premium being paid toward any loans, debt that consumers currently have.

“For example, a consumer paying a repayment on a vehicle finance agreement can now expect to pay 0.5% more per month on their monthly instalment — 0.5% does not seem like a lot, but when you consider that this increase applies to all other loans and debt agreements, then the compound effect of the increase repayment amounts will impact already stretched budgets,” she says.

Drivers are seeing the impact of record fuel prices. Although the government did try to cushion the blow by granting a R1.50 reduction in the fuel levy in April and May, this was a temporary reprieve. Fuel prices rose by an eye-watering 33.2% in the 12 months to March with petrol prices climbing by 32.6% and diesel by 35.1%.

Indications are that petrol prices will increase by R2.12 to R2.17 a litre in June, whereas diesel is expected to increase by between R1.51 and R1.53 a litre.

Wayne Duvenage, chief executive of the Organisation Undoing Tax Abuse (Outa) has called for an extension of the temporary fuel levy reduction, which expires at the end of this month. “Extending the reduction in the levy will obviously affect National Treasury’s collections by roughly R2.8-billion a month. However, the economy will be significantly worse off with petrol prices in excess of the R25 a litre mark,” he says.

The Automobile Association (AA) warns that any government relief measures need to be fast-tracked as the trend of increasing fuel prices is likely to continue in the short- to mid-term. “The situation in Ukraine remains unresolved, which is adding pressure to the international petroleum product price, and, in turn, to local prices.”

Eskom’s load shedding outages, which were introduced 14 years ago, are set to continue for at least another year. Many households have been forced to fall back on alternative power supply measures, such as gas, solar and inverter systems to keep the lights on. And it’s not cheap.

Rubicon chief product officer Nick Roche told MyBroadband this month that households using 1,200kWh a month on average are looking at R727,000 excluding VAT to go completely off-grid. And if you want to include the option of a generator for the months when solar simply won’t cut it, you will have to fork out another R25,000.

Those relying on Eskom’s decidedly unsteady power supply have already absorbed a whopping 9.6% tariff increase from 1 April, taking the average electricity tariff from just over R1.33 per kWh to around R1.46 per kWh. The National Energy Regulator of South Africa has proposed an average increase of 7.47% in municipal electricity tariffs from July.

Annual consumer price inflation rose to 5.9% in March — from 5.7% in February — placing it just below the upper limit (6%) of the SARB’s monetary policy target range. Transport, housing and utilities as well as food and non-alcoholic beverages were the most significant contributors, with transport contributing 2.1 percentage points to the annual rate.

NielsenIQ data shows that South African cooking oil prices have unsurprisingly experienced a massive increase of 21% over the past year. It’s been said before, but we’ll say it again: assume the brace position and buckle up, it’s going to be a rough ride. DM168