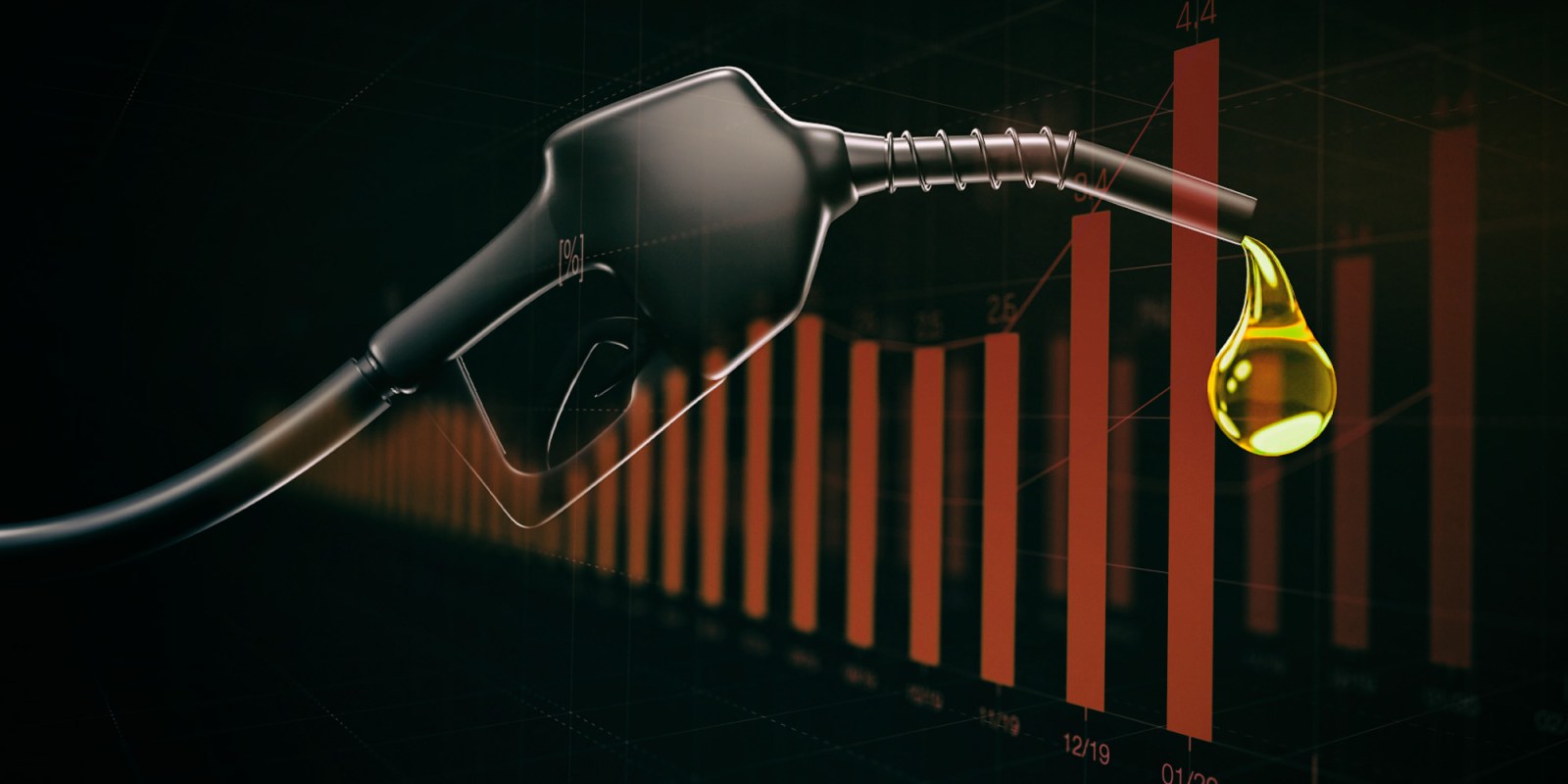 South Africa’s main gauge for consumer inflation accelerated to 5.9% in March, just inside of the central bank’s 3% to 6% target range, from 5.7% in February. Of concern for the pace of rate increases was the core inflation reading, which excludes food, fuel and energy. At 3.8%, it may seem subdued but it’s also picking up steam.

At 5.9%, the March Consumer Price Index (CPI) read is flirting with the upper band of the South African Reserve Bank’s (Sarb’s) 3% to 6% inflation target range against the backdrop of a tightening cycle. CPI was also at 5.9% in December 2021 before moderating, but the food and fuel price pressures unleashed by Russia’s invasion of Ukraine will keep putting the pedal to the metal.

On a monthly basis, CPI rose by 1.0%, led by fuel prices, which increased by 7.2% between February and March.

“Fuel prices rose by an eye-watering 33.2% in the 12 months to March, with petrol prices climbing by 32.6% and diesel by 35.1%,” Statistics South Africa said in a statement accompanying the data release on Wednesday. 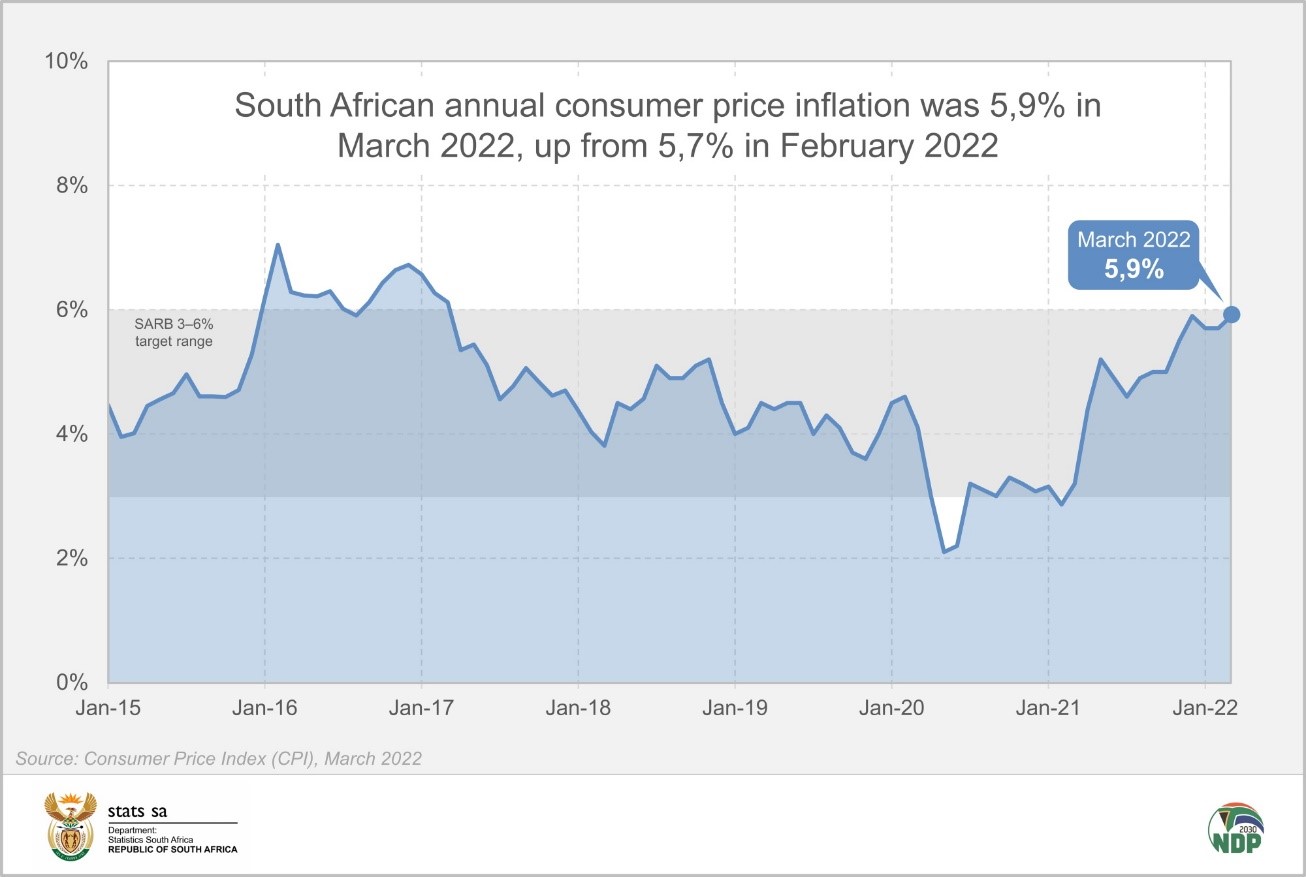 Analysts drew attention to the core number, which strips out food, fuel and energy prices, all of which are prone to volatility. It quickened to 3.8% in March from 3.5% in February.

“While headline CPI is a touch better than expected – worryingly the core accelerates to 3.8% – it’s not out of acceptable ranges just yet, but the speed of the move higher in core inflation will concern Sarb, especially if interpreted to suggest that inflation expectations may not be as well anchored as previously believed,” Razia Khan, the chief Africa economist at Standard Chartered Bank in London, told Business Maverick.

The reduction in the fuel levy until the end of May will help to contain fuel price pressures.

Global oil prices fell this week after the International Monetary Fund slashed its global economic growth forecast by almost 1%, largely because of Russia’s Ukrainian misadventure, but they remain elevated at well over $100 a barrel. The unfolding eastern European conflict is generally seen to be driving fuel and food prices higher.

Sarb’s Monetary Policy Committee, which meets every two months, increased its repo rate by 25 basis points for the third consecutive time in March, taking the prime lending rate to 7.75%. Another increase is almost certainly on the cards in May. The only real question at this stage is by how much. DM/BM