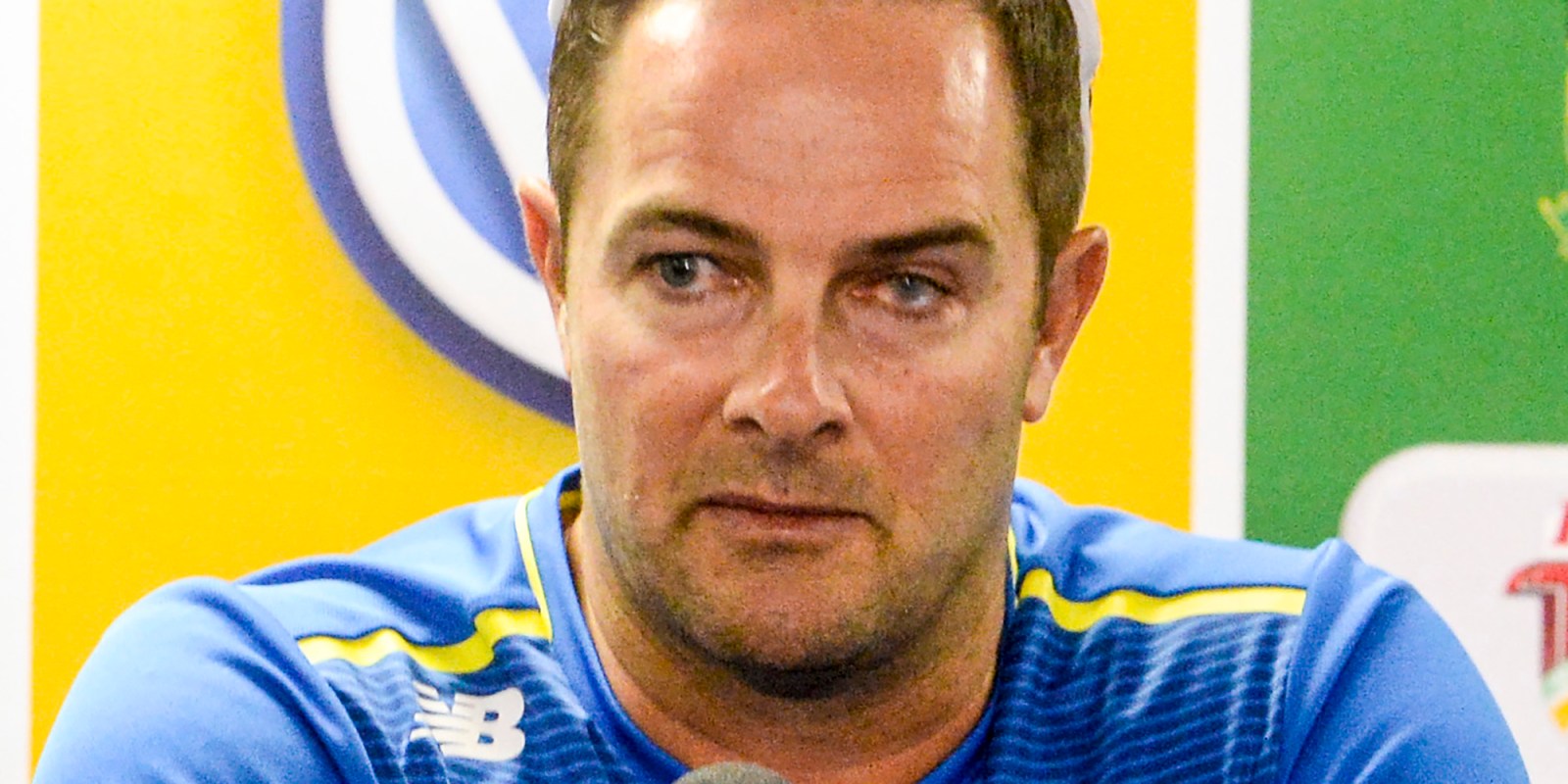 Adams, who named Boucher at SJN as one of the players who called him a “brown shit” in a team song more than 20 years ago, issued a statement on Sunday saying he had said his piece and would take no further part in pursuing Boucher.

While Adams seems reluctant to press on with the matter, his refusal to subject his SJN testimony to further scrutiny at Boucher’s DC seriously weakens Cricket South Africa’s (CSA) case against the Proteas coach.

Even though Adams stated he never wanted to “single Boucher out”, the fact remains he did just that — by naming him at the SJN. And without the opportunity for both CSA and Boucher’s legal representatives to test Adams’ SJN statements, the case against the coach has been undermined.

“I went to SJN with no malice but with good intentions, so that present and future players, irrespective of race, wouldn’t have to go through what I and other players did in those times,” Adams said in his statement.

“Also, to make people aware that there needs to be education and acknowledgement around racism and for us to have a greater respect for each other within our society in South Africa.

“In my testimony, I said that during my time in the national team there was a culture within that environment that felt it was fine for a derogatory nickname given to me to be sung during fines meetings in the changing room by my fellow teammates.

“I indicated, upon reflection and after discussing with my wife (my girlfriend at the time) that I felt humiliated by the song. Not at any stage did I mention any player’s name who may have initiated the song.

“The only time I confirmed a name was when the panel asked if I addressed Mark Boucher personally regarding the nickname and I replied that he was part of a broader group that sang the song and that I never addressed the matter within the team environment at the time.

“I was young and naïve at the time, trying to fit in and represent my country as best I could. Not at any stage did I go in there with the intention to single Mark Boucher out.

“It is not my job or desire to find Mark Boucher guilty or not guilty, and to be cross-examined and turned into the main focus of attention. Therefore, I will not be testifying at Mark Boucher’s upcoming disciplinary hearing.”

Can SJN testimony be admitted?

There is no reason to doubt Adams’ SJN testimony and his recollection, especially as Boucher issued a written apology to the SJN last year for his role in the team song, but many questions still need answering.

It’s also worth noting that, legally, Boucher’s apology does not amount to an admission of guilt of the specific CSA charge against him. The final SJN report, written by ombudsman Dumisa Ntsebeza, was critical of Boucher’s apology, stating that Boucher did not “understand the South African apartheid/discriminatory and racist history”.

The SJN report also concluded that Boucher’s apology was “ignorant and ill-considered”.

But Adams’ refusal to testify at Boucher’s DC, scheduled for 16-20 May, means that his testimony from the SJN is unlikely to be admitted if it cannot be tested by the defence.

The already questionable SJN report will be weaker without a key witness elaborating on events that took place more than 20 years ago.

Considering that the “Adams issue” was one of the pillars of the charges against Boucher, the case could be teetering before it has even started. And DC chairperson Terry Motau does not have the authority to summon Adams since he is not a CSA employee.

Several of the charges against Boucher deal with his alleged discriminatory attitude towards Nkwe.

In the seven-page charge sheet sent to Boucher on 17 January — a day before the first One-Day International against India — Boucher is repeatedly labelled as a “racist”.

The crux of the charges against Boucher are that:

The charge sheet goes on to say:

“When dealing with the Black Lives Matter issue and the question of ‘taking the knee’, you allegedly dealt with the white players’ concerns and requested that the team manager [who is black] deal with the black players’ concerns.

“This allegedly created or exacerbated the division and alienated players and the team. You allegedly did not formalise any documented ‘roles and responsibilities’ or meaningful KPIs [key performance indicators] for the assistant coach, Mr Nkwe.

“You allegedly did not provide any specific or sufficiently specific and defined role for Mr Nkwe and no ‘personal development plans’ were documented or implemented for Mr Nkwe; and you allegedly treated Mr Nkwe in a manner unbecoming of a leader in your position.”

As Boucher intends to defend himself against all these charges and without key witnesses testifying, CSA’s case against the coach is under pressure.

The SJN report, which was accepted by the current CSA board despite warnings that it was flawed, has been weakened by a recent arbitration award in favour of former CSA director of cricket, Graeme Smith.

The same report forms the basis of charges against Boucher. With Adams and Nkwe unwilling to testify, it raises the possibility that Boucher’s DC is now little more than a box-ticking exercise. DM