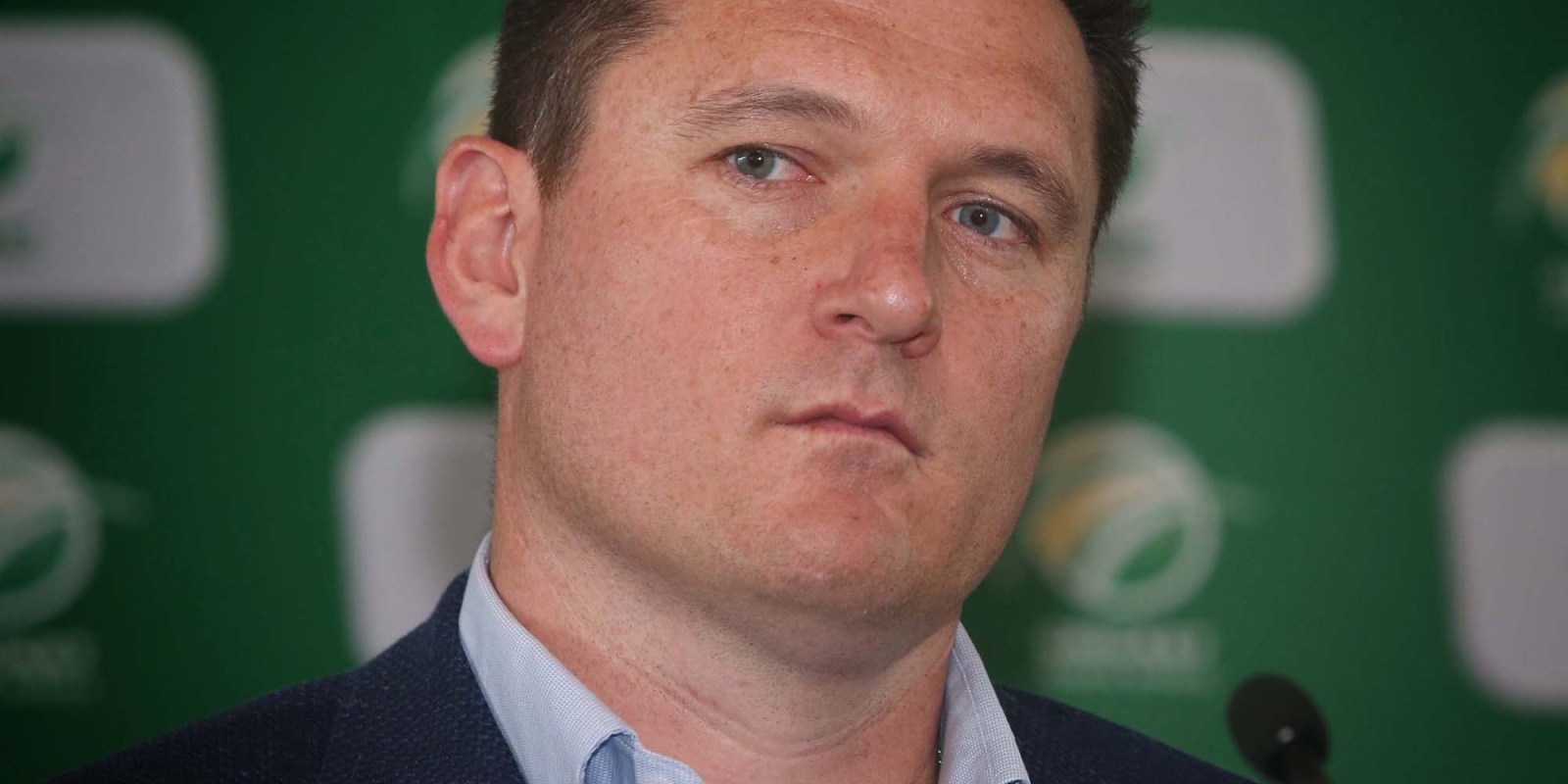 Former South Africa Test captain, Graeme Smith, has been exonerated in by an independent arbitration panel of three counts of racism relating to claims made during the 2021 Social Justice and Nation Building hearings.

It’s unclear whether Graeme Smith will pursue legal action against Cricket South Africa (CSA) after he was cleared of all charges of racism by an independent arbitration panel on Sunday. Smith won the case with costs.

Daily Maverick contacted Smith, who said he would comment on 25 April (Monday).

Smith was cleared of three charges that arose from evidence submitted to the Social Justice and Nation Building (SJN) hearings in 2021. The SJN was established as a type of truth and reconciliation commission for cricket, where black former players, coaches and administrators were given a platform to reveal incidents of racism.

In December 2021, the SJN Ombudsman, advocate Dumisa Ntsebeza SC, delivered his report which made “tentative findings” regarding various persons, including Graeme Smith. He indicated that he was not in a position to make “definite findings” on allegations before him. The ombudsman therefore recommended that further formal processes take place to achieve finality on the issues.

During the SJN hearings, Smith was accused of racism when, as Test captain, he overlooked black wicketkeeper Thami Tsolekile for selection between 2012 and 2014 in favour of white players.

Smith was also accused of racial discrimination, when, in his position as CSA’s director of cricket (DoC), he appointed former teammate Mark Boucher as Proteas head coach, over Enoch Nkwe in late 2019. Smith was also accused of racial bias while the director of cricket, for allegedly refusing to work with superiors who were black.

All three charges were dismissed in the final arbitration delivered by the panel of respected advocates, Ngwako Maenetje SC and Michael Bishop. It vindicates Smith’s long-held stance that his decisions with Tsolekile and Boucher were cricketing decisions. The third charge of refusing to work with black superiors was always spurious as Smith worked closely with current CEO Pholetsi Moseki, Smith’s boss for 14 months.

In the arbitration award, Maenetje SC and Bishop have determined that:

During the arbitration, CSA’s legal representatives tried to build a case that Smith’s decisions in appointing Boucher in particular, over Nkwe, was racially motivated.

The major “evidence” put forward was that Boucher did not have a level 4 coaching certificate, but Nkwe did. Because Smith went ahead and appointed Boucher, this was supposedly evidence of racial bias. The panel dismissed that claim.

“The simple question for deciding if there was direct discrimination is whether we believe Mr Smith that his reason for preferring Mr Boucher was international playing experience, and not race,” the arbitration ruling states.

“Again, CSA pointed to no direct evidence that Mr Smith was motivated by race. But it argued that, in the circumstances, the most probable inference is that he chose not to appoint Mr Nkwe because he was black.

“In our view, that is not the most likely inference. The factors that CSA points to — both individually and collectively — fail to establish that race, rather than an honest belief that Mr Boucher would be the better coach, was the reason for Mr Smith’s decision.

“CSA pointed out that, when he was appointed, Mr Kirsten had just won the World Cup as the coach of India. But that just demonstrates that, for CSA, experience can trump qualifications, and that a level 4 certificate was not an absolute requirement.

“CSA provided Mr Smith with no criteria at all for the appointment in 2019. It headhunted him precisely to use his own cricketing experience to — among other tasks as DoC — choose the head coach.

“CSA determined that the Proteas would be best served by giving Mr Smith a free hand, rather than telling him what criteria to consider. That position is inconsistent with the argument that overlooking a black coach with level 4 should best be explained by racism.”

Despite the ruling, which is uncomfortable for CSA, and which caused Smith massive reputational damage, CSA did not apologise to the decorated former skipper. Instead, it chose to pat itself on the back for dragging Smith through this process, even after esteemed lawyers wrote to CSA stating that the final SJN report was flawed.

In a statement, CSA noted: “CSA appreciates it has been difficult for Mr Smith to endure the unwarranted public disclosures of his personal information, including his remuneration, during the SJN process. CSA regrets that this occurred and wishes Mr Smith everything of the best going forward.”

Smith’s contract as DoC ended on 31 March and was not renewed, despite the fact that he oversaw a successful rebuild of the Proteas men’s team and the continued growth of the women’s team. Most essentially, Smith convinced the Board of Control for Cricket in India (BCCI) to fulfil its touring obligations to South Africa in December 2021 and January 2022. That tour put hundreds of millions of rands into CSA’s coffers.

In a statement, Lawson Naidoo, Chair of the CSA Board, said: “The manner in which these issues have been dealt with and resolved by the arbitration proceedings confirms CSA’s commitment to deal with the SJN issues in a manner that treats them with utmost seriousness but also ensures fairness, due process and finality.

“Now that finality on these processes has been reached, it is appropriate to recognise the extraordinary contribution that Graeme has made to South African cricket, first as the longest-serving Test captain in cricket history and then as Director of Cricket from 2019 to 2022. His role as the DoC has been critical in rebuilding the Proteas Men’s team in particular and has laid a solid foundation for his successor.”

Pholetsi Moseki, the CEO of CSA commented: “On behalf of the Exco, staff and players at CSA, I would like to thank Graeme for all that he did as the Director of Cricket. He put up his hand at a particularly tumultuous period for CSA and he has often gone beyond his contracted duties to assist CSA during his term.” DM