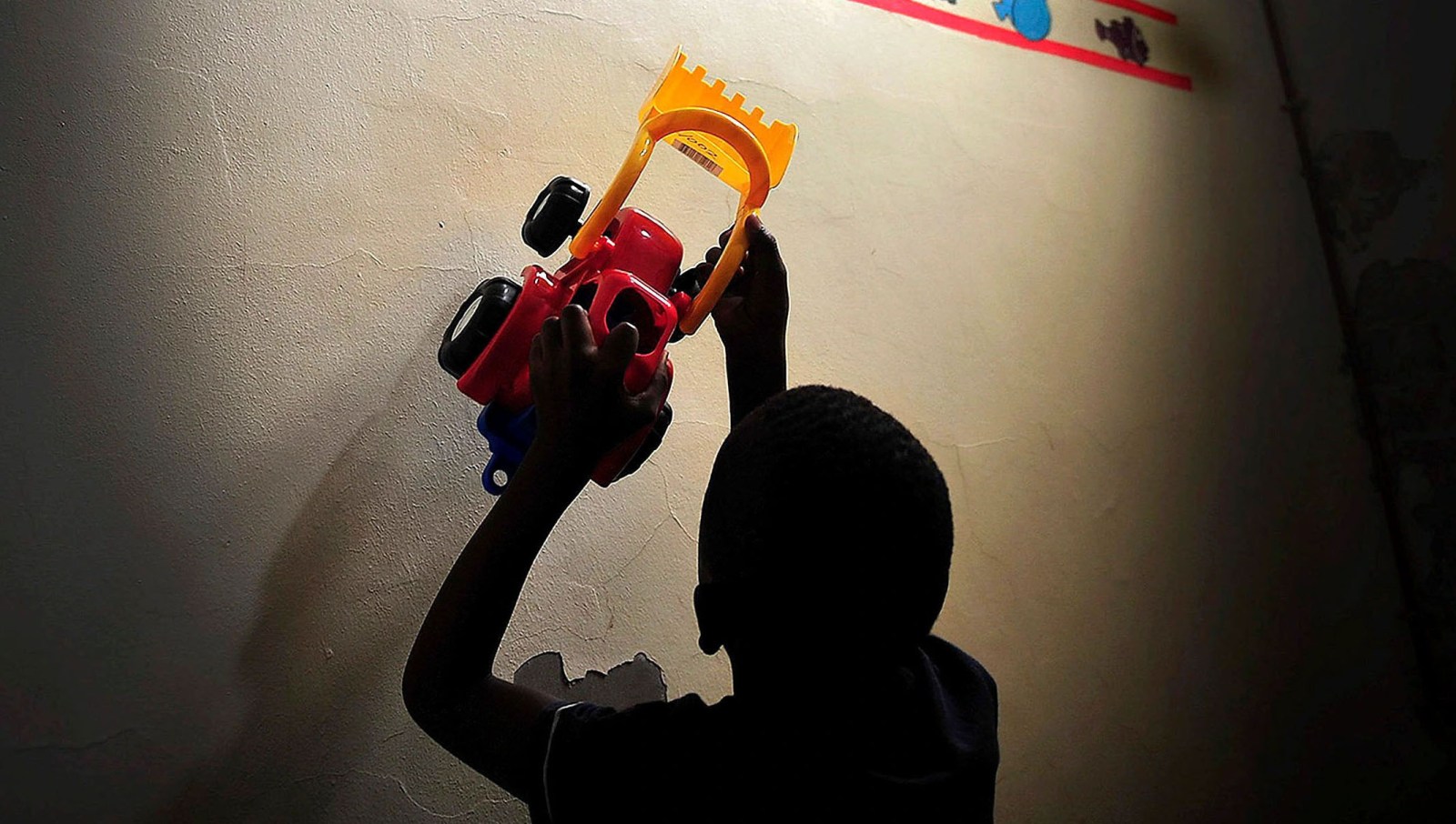 The Thrive by Five survey assessed over 5,000 children aged 4-5 years enrolled in various types of Early Learning Programmes around South Africa in three areas which are known to be predictive of a child’s performance in school: early learning, physical growth, and social emotional functioning. (Photo: Foto24 / Lucky Maibi)

The Thrive by Five index shows how in post-apartheid SA class and race, have replaced race alone as the disqualifier for equal education and opportunity, and how, just as in the days of apartheid, access to quality education is the point at which people’s quality of life diverges. This is constitutional failure at its most egregious.

Human rights are when “you can get clean water, clean food, live in a house, go anywhere you want to … and see a doctor”, so said the five-year-old niece of a friend of mine when asked by an adult to explain the “meaning” of human rights. This was something, she said precociously (as proud five-year-olds tend to!), that they had learned at pre-school from the teacher on Human Rights Day.

Whilst adding long locks to a drawing of a man she also explained to her aunt that in addition to boys and girls, men and women, “there are gender non-conforming people”.

The little girl said this without judgement as if gender fluidity is the most natural thing in the world.

And so it should be.

This child goes to a preschool in a Johannesburg suburb and clearly has a wonderful, conscientious teacher. On the other side(s) of town, however, it’s a less uplifting story.

According to Maverick Citizen’s Tshabalira Lebakeng, children in pre-schools in Diepkloof, Soweto, where he lives receive a very different quality of care and education. Lebakeng told me that “poor parents are paying a lot for creches” that are overcrowded and where many children don’t even develop rudimentary pre-literacy. “Some can’t even name simple colours” after years in preschool, their parents lament.

“When they get to grade R it seems like they are starting afresh, they don’t know nothing. But those kids who are schooling in those expensive creches in town in three months it’s going to be ‘A, B, C, D and so on.’”

There’s no doubting the commitment of most pre-school carers. But a system isn’t there to support them.

Unequal and getting more unequal every day

Tragically, these two anecdotes tell a harsh truth about our time and about the implications of the inequalities we tolerate. Last week they were confirmed by the largest ever survey of preschool child development, the Thrive by Five Index, which was launched on 8 April 2022 (watch the launch here).

The Thrive by Five survey assessed over 5,000 children aged 4-5 years enrolled in various types of Early Learning Programmes (ELPs) around the country in three areas that are known to be predictive of a child’s performance in school: early learning, physical growth, and social-emotional functioning. Read about it from Sonja Giese, one of the survey’s architects, here.

According to the survey:

“Less than half of 4-5-year-olds are on track for learning:

The Index found that “while there are instances of considerable variation in performance within income groups, on average children from poorer households are falling behind their better-off peers as a result of the challenges they face in their earliest years.”

As a result, it concluded “that children from poor households are disadvantaged before formal schooling starts.”

These findings are heartbreaking and maddening. They also have enormous political implications for the future of our society.

The Thrive by Five index shows how in post-apartheid SA class and race, has replaced race alone as the disqualifier for equal education and opportunity, and how, just as in the days of apartheid, access to quality education is the point at which people’s quality of life diverges.

This is constitutional failure at its most egregious.

Early childhood development: It’s a gloomy picture, but there’s a glimmer of hope

It is heartbreaking because it describes a blight that is hurting the most vulnerable amongst us, those that have no voice to protest, and not even the vocab to articulate the pain they experience in their lives. In fact, denying them literacy keeps the pain shut in.

It should be politically explosive because it depicts a state of pervasive unconstitutionality when it comes to the rights of over seven million children who are under six. Early Childhood Development may not be an explicit right like the right to basic education, but the injunction that “a child’s best interests are of paramount importance in every matter concerning the child” are not being fulfilled here.

All children in South Africa have an unqualified right to “basic nutrition” and a child’s right to life, equality and dignity is not something that only kicks in when she reaches six.

It must start with interventions to protect the child from birth.

But it’s also disturbing for democracy and citizenship.

30% of our population are younger than 15. What sort of adults will today’s disadvantaged five-year-olds become when they turn 18 in 2035? Will they be equipped for the digital age? Will they be employable? Will they be emotionally resilient and tolerant? Will they be able to play their roles as responsible citizens in a democracy?

The answer to these questions is mostly no. That means that even if we are able to fix South Africa’s present multi-layered crises, we are building in dynamite for an implosion in the future.

For all these reasons this survey, which is supported by the heavy hitters of First National Bank (FNB), USAID and the Department of Basic Education (DBE), should be a wake-up call.

We can fix this if there is the will to do so! We have a skilled and vibrant civil society sector that works on ECD and children’s rights. We have innovative systems to provide ECD. An ECD Census is nearing completion. The DBE has this month taken over ECD from the Department of Social Development.

As Sonja Giese puts it: “There are small and big, important things that each of us can do within our homes, communities, places of work and spheres of influence to ensure that more young children thrive.”

But, Giese adds, “there are some transformative things that must be done collectively”, naming increased budgets for “greater and smarter investment” in early learning and the “development of a nutritional safety net for young children”.

Will this be done? We don’t know. The question that was not answered when the Index was launched last week is what government and business will do to address this crisis — and when?

We look forward to hearing about their plans. One thing though is that from this moment onwards neither captains of industry nor captains of the Cabinet can plead ignorance about the state of our very young. DM/MC

More information on the Thrive by Five Index is available on the website www.thrivebyfive.co.za

Maverick Citizen is planning a continuous focus on the lives of children under six in South Africa to try and give them and the issues that shape their lives visibility. We invite readers with stories, photos, ideas, best practices and solutions to contact us.