Early childhood development: It’s a gloomy picture, but there’s a glimmer of hope 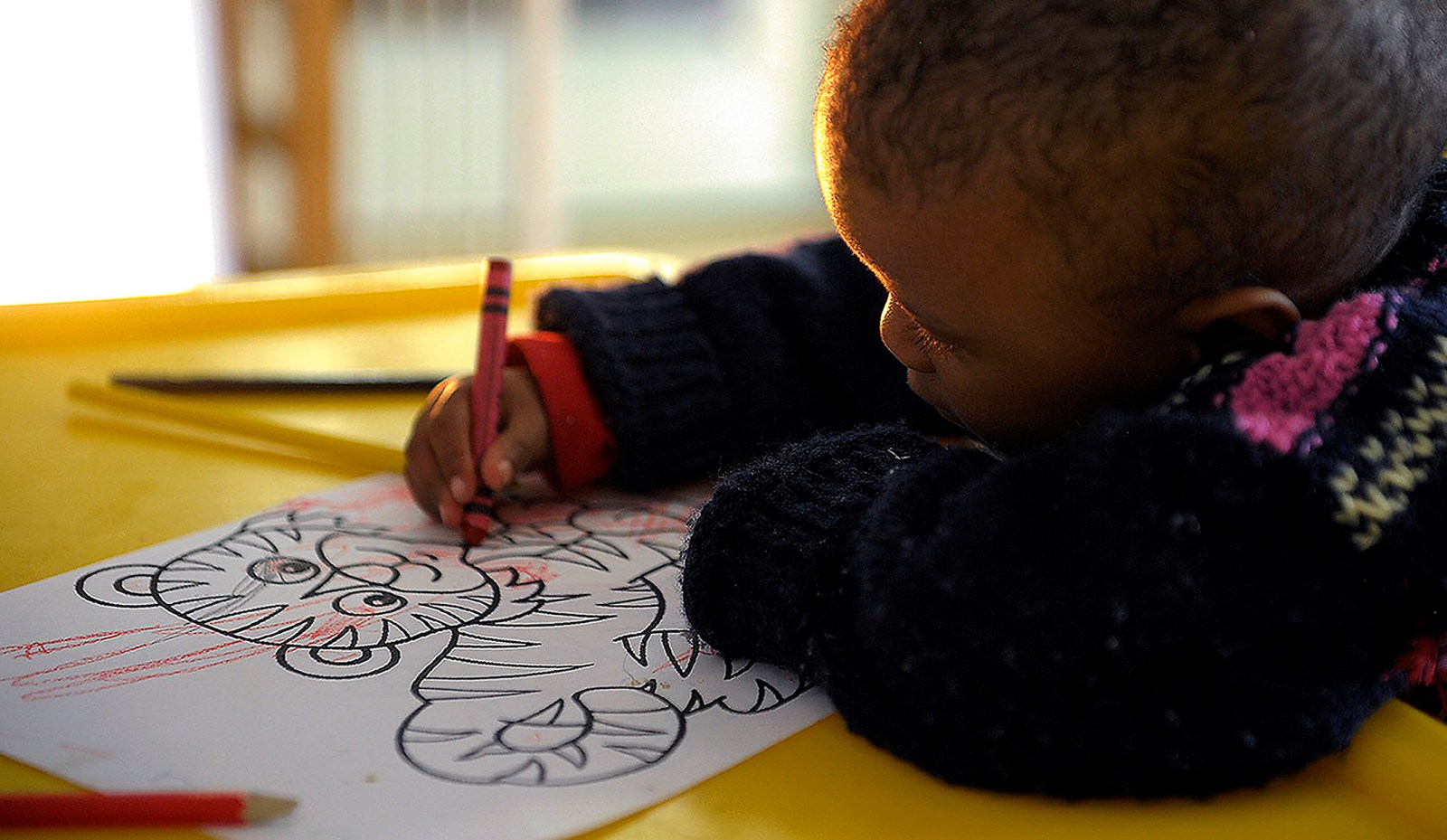 The early years are a critical developmental window which lay the foundations for success at school and beyond. (Photo: Joyrene Kramer)

Attendance at early childhood development programmes in South Africa is dropping, and the state’s projected spend on the sector is woefully inadequate. But there is a way to fix the problem — and it requires a quantum leap.

In recent weeks we have learnt three things that should be of concern to anyone who cares about the future of South Africa’s children — and one thing that is a cause for optimism. Each relates to the government’s ability to deliver on a centrepiece pledge in the National Development Plan: universal access to two years of early childhood development.

The early years are a critical developmental window, laying the foundations for success at school and beyond. But in South Africa, there are more than a million children aged three to five who are not accessing any early childhood development programme. And more than three-quarters of them are in low-income households.

So, what have we learnt?

First, that access to early childhood development programmes in South Africa is contracting, not expanding. In December 2020, Statistics South Africa published the delayed General Household Survey for 2019. It revealed that the proportion of children up to four years old attending an early childhood development programme declined between 2018 and 2019 — from 43.9% to 40.7%. While this might not seem a big drop in percentage terms, extrapolating for all children in this age group, it means about 190,000 fewer children were benefiting from these programmes.

These figures relate to a period before Covid-19 and its catastrophic effect on many early childhood development programmes and the communities in which they are run. Which makes the second development even more troubling.

Then, in February 2021, researchers published the findings of Wave 3 of the National Income Dynamics Study — Coronavirus Rapid Mobile Survey, which covered the final quarter of 2020. They found that, despite a notable recovery since quarter three, early childhood development attendance has not recovered to pre-lockdown levels and remains lower compared with earlier years.

They concluded that just 31% of children up to the age of six were enrolled in early childhood development programmes or school in November/December 2020. If correct, this means declining access that began in 2019 has been accelerated dramatically by Covid-19.

It is difficult to see how this trend will be reversed without decisive intervention by the government. What is more, this is only the start. Universal access to early childhood development will not be achieved by maintaining the status quo — it demands a quantum leap in government investment and support for the sector.

However, the third development, in the form of the Budget statement, indicated that this investment is some way off. Hidden in the fine print of the Budget documents was the revelation that there will be no real-term increase in the early childhood development conditional grant budget between 2022 and 2023; it will track inflation at 4%.

This means that just 50,000 more children are forecast to receive the subsidy between 2020 and 2024. Even if every one of these children represented a new place in an early childhood development programme, it would still barely dent the one million more places needed by 2030. What’s more, these children will only be funded by the government reneging on the annual increases in the subsidy promised in 2020’s Budget. The subsidy will now lose value in real terms between 2020 and 2024, potentially fatally undermining the viability of many programmes.

A time of crisis has become a moment of opportunity, showing what is possible where there is enough political will and urgency. The government can no longer argue it is not possible for the early childhood development subsidy to reach all programmes in a managed way, because it has demonstrated incontrovertibly that it is.

It is bewildering, then, that while the basic education budget will be R279-billion in 2023/24, the entire budget for the early childhood development subsidy is forecast to be about R3.3-billion in the same year. Spending about R500 per year on every child up to the age of five, while spending about R22,000 on every six-to-17-year-old, does not make sense in terms of fair opportunities for every child — and it does not make social and economic sense.

The launch last week of the World Bank report, Better Jobs and Brighter Futures: Investing in Childcare to Build Human Capital, reinforces this point. The report found that scaling up access to quality early childhood development can unlock pathways out of poverty, build employment and productivity, and level up outcomes for children. To ensure equity for children, governments should prioritise coverage for the most vulnerable families and establish the financing and institutional arrangements that will ensure quality early childhood development for all, it concluded.

What, then, is the good news?

In October 2020, as part of the government’s employment stimulus package, the President announced that workers in early childhood development programmes would receive a one-off grant. And in an unprecedented step, when the fund was launched last month, the government urged unregistered and non-centre-based early childhood development programmes to apply.

Historically, these types of programmes, despite often serving the poorest children, have not been able to access government funding. Now, due to the imperatives created by Covid-19 and an early childhood development sector in crisis, the Social Development Department and National Treasury have rapidly established systems to ensure an emergency grant has the widest possible reach within a managed and auditable system. Many of the challenges that were a barrier to fair funding have suddenly been solved.

A time of crisis has become a moment of opportunity, showing what is possible where there is enough political will and urgency. The government can no longer argue it is not possible for the early childhood development subsidy to reach all programmes in a managed way, because it has demonstrated incontrovertibly that it is.

So this much we know: attendance of these programmes in South Africa is declining; projected government expenditure on early childhood development is woefully inadequate; it is possible for state funding to reach the children who need it most and thereby unlock the pipeline of new programmes needed to ensure universal access to quality early childhood development by 2030.

It is time for the government to make the quantum leap. DM/MC