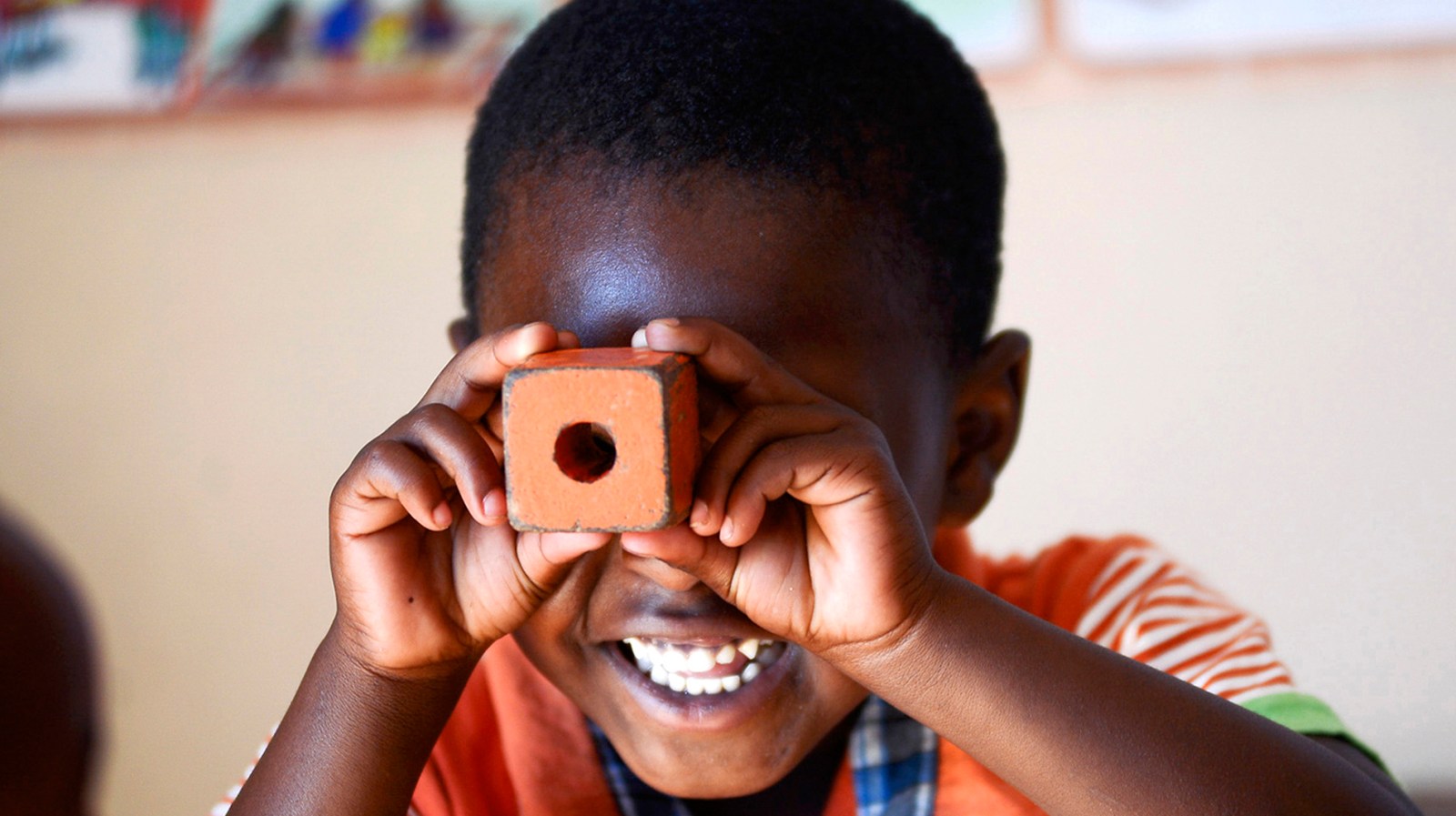 Greater and smarter investment in early learning programmes will make a tangible difference to learning outcomes for young children, especially the poorest. This will have a positive ripple effect through the education system. (Photo: Ilifa Labantwana)

The recently launched Thrive by Five Index shows that 65% of children aged four to five attending early learning programmes in South Africa are not meeting the expected standards for early learning, physical growth or both.

The Thrive by Five Index, South Africa’s largest-yet survey of preschool child development, clearly shows that young children and their growth have not received enough attention. These children have no voice in decision-making and it has been easy to place them at the back of the queue when it comes to the allocation of resources.

The index, launched on 8 April, highlights key areas in early childhood development (ECD) that require attention, said Sonja Giese, the former executive director of Innovation Edge and project lead for the Thrive by Five Index. Two key collective actions are needed: an increase in access to high-quality early learning for every child and the elimination of stunting.

“Early learning… gets less than 2% of the annual education budget,” said Giese. “So, inadequate resourcing, inadequate attention being paid to it, the fact that we don’t have a nutritional safety net for young children, that’s… really important, that we need to address that.”

Data for the index were collected between September and November 2021. The index involved 5,139 children between 50 and 59 months of age from 1,247 early learning programmes (ELPs) across South Africa.

The Thrive by Five Index shows that 65% of children aged four to five attending ELPs in South Africa are failing to thrive, meaning they are not meeting the expected standards for early learning, physical growth or both, according to a press release on the index from 10 April. As a result, these children will start Grade R at a considerable disadvantage, with possible long-term implications for their education and standard of living.

The major value proposition for investing in ECD is that an investment in the early years of a child’s life leads to rewards being reaped many times over in the future. However, the index indicates that such rewards on investment require quality access to ELPs, not simply access itself, according to Tess Peacock, the director of the Equality Collective.

“So, simply having children in key environments is insufficient… you need holistic support to young children in order to really see the value of an investment in early childhood development for the later years,” said Peacock.

“Access isn’t everything. One has to also couple that with quality and the holistic wraparound services in order for us to challenge the multi-dimensional aspects of poverty.”

For the index, children were assessed in three areas that are known to be predictive of a child’s performance in school: early learning, physical growth and social-emotional functioning. When it came to physical growth, one in four children (25.1%) exhibited stunted growth, with 5.3% being severely stunted. This is a sign of long-term malnutrition.

Not only do children who are stunted perform worse at school, on average, than those who are not stunted, they are also at a higher risk of developing diseases such as diabetes and hypertension, according to the press release.

When it comes to social-emotional functioning, it was found that 27.5% of children did not meet the standard when it came to age-appropriate social relations with peers and adults, while 33.4% were not emotionally ready for school.

“The key thing around [social-emotional functioning] is that a child feels safe,” explained Giese. “That’s really important, that there’s consistency in the childhood, a predictability in the child’s routine and life.”

Overall, children from poorer households are falling behind their better-off counterparts when it comes to preschool child development, she continued. These children then go to poorer schools that lack the remedial support to “get them back on track” and end up falling further and further behind.

“One of the points we make in the index report is that this is the root of inequality, because you’ve got young children being born with the same potential, but by the age of four to five years there is a big difference in performance between the better-off and the worse-off children,” said Giese.

“That just sets them off on different trajectories. And so, there are significant implications for the individual child, but also for society as a whole, especially if we’re wanting to reduce inequality.”

However, universal access to ECD provision cannot be achieved without acknowledging that there is a right to ECD and that there are concomitant obligations on the government to advance access, said Peacock. She added that access to quality ELPs needs to exist for all children under the age of six, not only those in Grade R or the pre-Grade R year.

One factor that has contributed to the high rate of children failing to thrive in ELPs is the lack of government subsidies for such programmes, said Peacock. This often means that children are not accessing the nutritional support that they need.

“We know that we can actually – if we target the right programmes to young children – really counteract the long-term effects of poor nutrition in the later years,” said Peacock.

“So that, for me, is a really, really important fundamental objective. Make sure young children are in registered programmes that are delivering an early learning curriculum by a trained professional in a healthy and safe environment and receiving nutrition support.”

Rather than seeing the Thrive by Five Index as a “doom and gloom” report, Peacock views it as a means of focusing South Africa’s attention on the importance of ECD and the quality provision of related services.

“I think it’s quite important to see the Thrive by Five Index as a positive and as an opportunity to really focus attention on early childhood development,” she said.

“If we just oriented some more budget for early childhood development and really focused on quality services, I do think we could probably see some amazing results, and I think that is what the Thrive by Five Index is trying to encourage us to do.” DM/MC