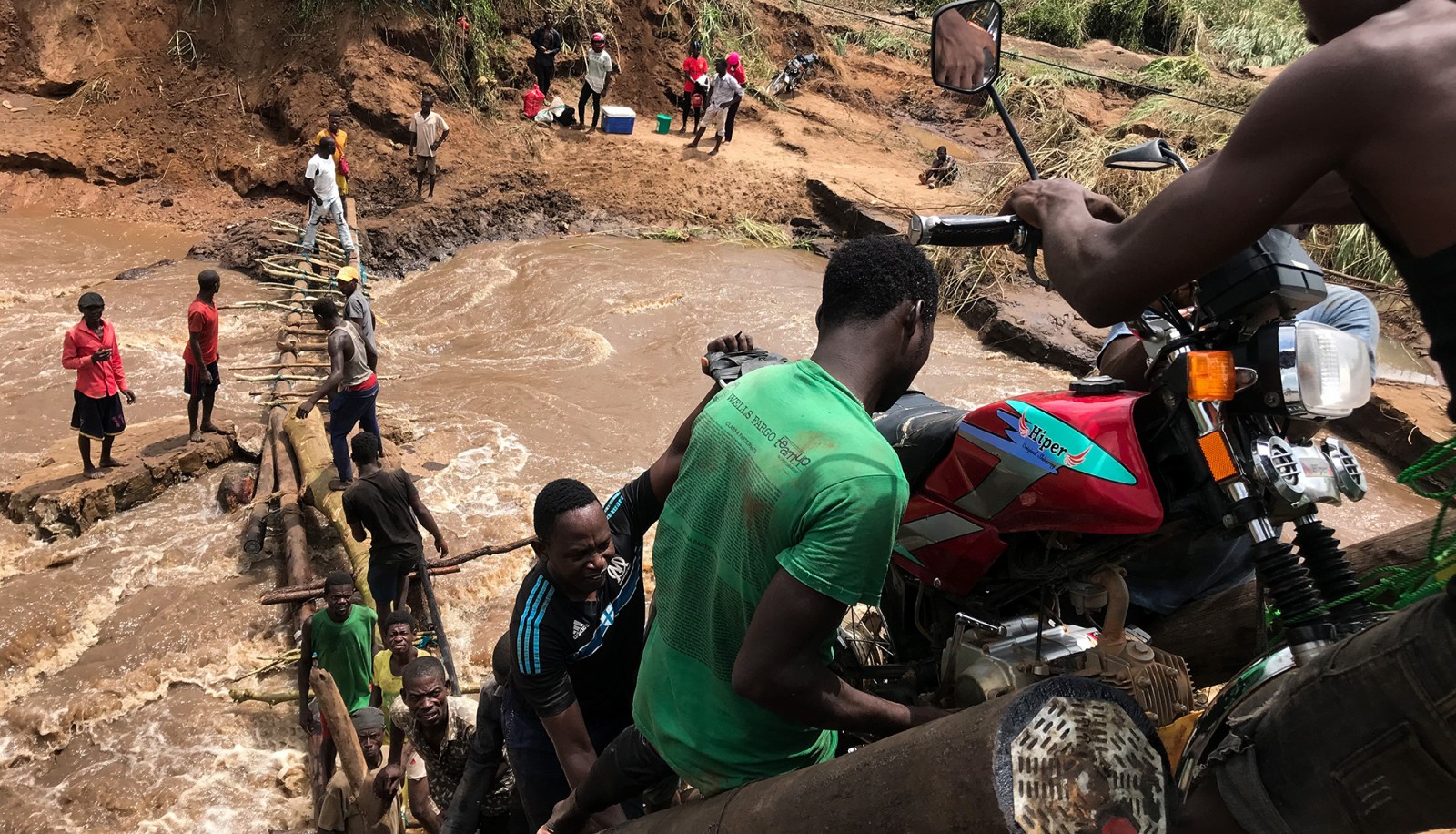 The window to stave off the impacts of climate change and adapt to the projected impacts is rapidly closing. With this in mind, United Nations Secretary-General António Guterres announced that the organisation ‘will spearhead new action to ensure every person on Earth is protected by early warning systems within five years.’

United Nations (UN) Secretary-General António Guterres on Wednesday announced that the organisation “will spearhead new action to ensure every person on Earth is protected by early warning systems within five years.”

Guterres said “human-caused climate disruption is now damaging every region. The most recent report of the Intergovernmental Panel on Climate Change details the suffering already happening. Each increment of global heating will further increase the frequency and intensity of extreme weather events.”

That report titled Climate Change 2022: Impacts, Adaptation and Vulnerability, among other key findings said that “Global warming, reaching 1.5°C in the near-term, would cause unavoidable increases in multiple climate hazards and present multiple risks to ecosystems and humans” and that “the level of risk will depend on concurrent near-term trends in vulnerability, exposure, level of socioeconomic development and adaptation.”

The report also found that “climate change impacts and risks are becoming increasingly complex and more difficult to manage. Multiple climate hazards will occur simultaneously, and multiple climatic and non-climatic risks will interact, resulting in compounding overall risk and risks cascading across sectors and regions.” However, it also noted that “there are feasible and effective adaptation options which can reduce risks to people and nature.”

It is with this last point in mind that the UN chief in his speech on Wednesday stated that “the world must end its addiction to fossil fuels, especially coal. At the same time, we must invest equally in adaptation and resilience. That includes the information that allows us to anticipate storms, heatwaves, floods and droughts.”

Guterres continued that “Today, one-third of the world’s people, mainly in least developed countries and small island developing states, are still not covered by early warning systems. In Africa, it is even worse: 60% of people lack coverage. This is unacceptable, particularly with climate impacts sure to get even worse. Early warnings and action save lives. To that end, today I announce the United Nations will spearhead new action to ensure every person on Earth is protected by early warning systems within five years.”

The UN initiative appears grounded in scientific consensus. Chapter 6 of the IPCC’s Climate Change 2022: Impacts, Adaptation and Vulnerability notes that “there is growing evidence of the benefits of early warning systems for urban preparedness decision-making and action for climate and weather-related hazards such as cyclones, hurricanes and floods”.

However, “existing early warning systems remain insufficient and the complexity of urban landforms makes accurate and detailed early warning difficult” and “this is particularly the case in low- and middle-income countries,” it continues.

The World Meteorological Organization (WMO) defines an early warning system designed for floods, droughts, heatwaves or storms as being “an integrated system which allows people to know that hazardous weather is on its way, and informs how governments, communities and individuals can act to minimise the impending impacts.”

Guterres tasked the WMO to lead the effort and present an action plan to achieve this goal at the next UN climate conference in Egypt in November.

“Besides very critical mitigation it is growingly important to invest in climate adaptation. One of the highest returns of investments is reached by improving the weather, water and climate early warning services and related observing infrastructures. There is a need to invest $1.5-billion during the coming five years to improve the quality of the services and related infrastructures,” said WMO Secretary-General Prof Petteri Taalas in the statement.

According to a 2021 WMO report on disaster statistics, between 1970 and 2019, a weather, climate or water-related disaster has “occurred on average every day — taking the lives of 115 people and causing $202-million in losses daily.” The WMO notes with due thanks to “improved early warnings and disaster management”, the number of lives lost decreased “almost three-fold over the same period” thanks to better weather forecasts and “proactive and coordinated disaster management”.

Of the top 10 disasters with the highest economic cost in southern Africa, four occurred in the past 10 years. Tropical Cyclone Idai, which hit Mozambique in 2019, and the 1990 drought in South Africa “are jointly the two most costly events (both estimated at $1.96-billion) in Africa over the past 50 years”, the authors of the Atlas of Mortality and Economic Losses from Weather, Climate and Water Extremes (1970–2019) report notes. In late January, the first seasonal cyclone in the southwest Indian Ocean killed dozens of people in Madagascar and in Mozambique, and left large swathes of Malawi without power.

The 2019 Global Commission on Adaptation’s Adapt Now report found just 24 hours warning of a coming storm or heatwave can cut the ensuing damage by 30%. OBP/DM