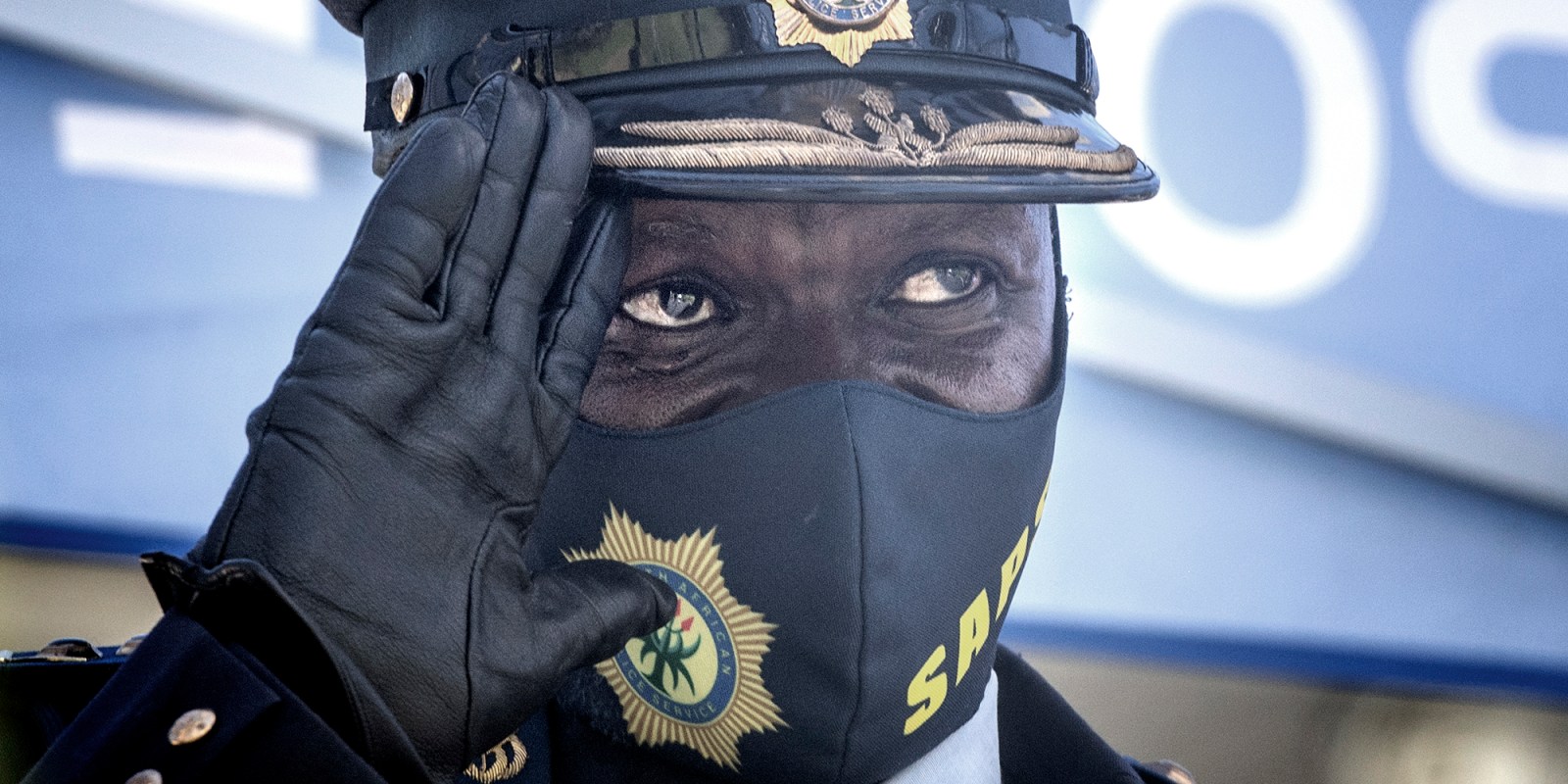 What the police commissioner is guilty of is sycophancy, lack of professionalism and zero understanding of being a servant of the people.

You have to feel for Commissioner Khehla Sitole who recently vacated, “by mutual agreement” with President Cyril Ramaphosa, the top job in the police.

Sitole has had a hard ride since his appointment by then president Jacob Zuma in November 2017 to head SAPS, one of the largest government departments with its 181,000 members and budget of R96-billion – of which R4-billion was underspent in 2021 (the entire budget of the NPA).

Four months before Sitole’s appointment, Zuma won a no-confidence vote in Parliament, the fourth he’d faced. Afterwards, then Minister of Police Fikile Mbalula led the dancing outside Parliament. If Zuma had lost, he would have had to resign, along with his entire Cabinet.

Mbalula took the mic like a frenzied imbongi: “…we’ll never surrender the ANC to stooges.”

Now Sitole, caught between political principals – minister and president – finds himself vacating an admittedly impossible job before the end of his contract. The Gauteng High Court found he placed ANC interests above those of citizens.

Judge Norman Davis found the argument of an unspecified threat to “national security” had nothing to do with the illegal manner in which a grabber (a cellphone surveillance device) was procured at a highly inflated price. Sitole and fellow officers seem not to have understood this fundamental principle.

For three years Sitole thwarted Ipid’s investigation into the grabber procurement by refusing to hand over “classified” documents. The court found him guilty of breaching his duties. Now he’s gone, without a handover (highly undesirable).

The former commissioner was simply following orders; he did what he was told, like any loyal ANC deployee. What else was he supposed to do? Perhaps this is why, when the President set up an inquiry into his fitness to hold office, Sitole asked to “explain himself” to Parliament’s police committee.

ANC dirty laundry would have been aired. It would have been risky, as a leaked voice clip of Ramaphosa addressing an NEC meeting in December 2021 shows. He is heard saying he would “fall on his sword” over CR17 campaign funding. But “not the others”, because the image of the ANC was what he was most concerned about. “Each one of us knows that quite a bit of money that is used in campaigns, in busing people around in doing all manner of things, is often from state resources and public resources. And we cannot kid ourselves when it comes to that.”

By all accounts Sitole would not have personally benefited from the thwarted plan to fleece the public of R45-million to allegedly grease palms at Nasrec. And, unlike at least 20 other senior SAPS members facing criminal charges, he has not yet been implicated in corruption for personal gain.

What Sitole is guilty of is sycophancy, lack of professionalism and zero understanding of being a servant of the people.

At recent hearings into the July 2021 insurrection, Sitole admitted he only had matric despite 34 years as a cop and medals and accolades. His was a job equivalent to that of a CEO.

Sitole also admitted that discord between him and current Minister of Police Bheki Cele had contributed to the failure of SAPS to protect South Africans from the July violence.

Sitole’s downfall began when he attended a meeting in Pretoria, two days before the 2017 Nasrec conference, with other senior cops, Mbalula’s adviser Bo Mbindwane and a supplier.

It was only in 2021, in an affidavit to the Constitutional Court, that the commissioner implicated Mbalula. Loyal to the end. “The Honourable Minister communicated to me there was information about a security threat,” revealed Sitole.

Sitole cancelled the heist when Ipid informed him the supplier was already under investigation. We can only speculate what would have happened had Ipid not caught wind of it.

If Sitole is to be believed, he had no idea the procurement was a plan to defraud the public for a party factional battle. The minister told him of a threat and ordered him to get cracking.

It is perhaps convenient for Sitole to walk away without facing criminal charges or potentially implicating other high officials. In August 2017, as Zuma beat the no-confidence vote and Mbalula sang praises, the President’s trusted protector, Major-General K “Bhoyi” Ngcobo, was appointed acting head of crime intelligence. In October, a month before Sitole’s appointment as commissioner, a “Minister’s Project” was discussed in internal SAPS emails. At the time, Sitole was the Divisional Commissioner of Protection and Security Services.

Charging Sitole would have been risky and could have brought down the house faster than you can say Zondo Commission.

Sitole was felled by an ethical compass inclined towards blind loyalty, rendering a potentially good man a political lackey.

Others complicit in plotting this fraud still occupy cushy jobs, including Mbalula, Chief Stooge among stooges on Twitter. Mbalula has not challenged Sitole’s version. He knows it is true.

Sitole will get a soft landing, no doubt.

In June 2021 he was appointed chairperson of the Southern African Regional Police Chief’s Cooperation (SARPCCO). Sitole officially “took over” the role in August for a period of 12 months which works out to August this year.