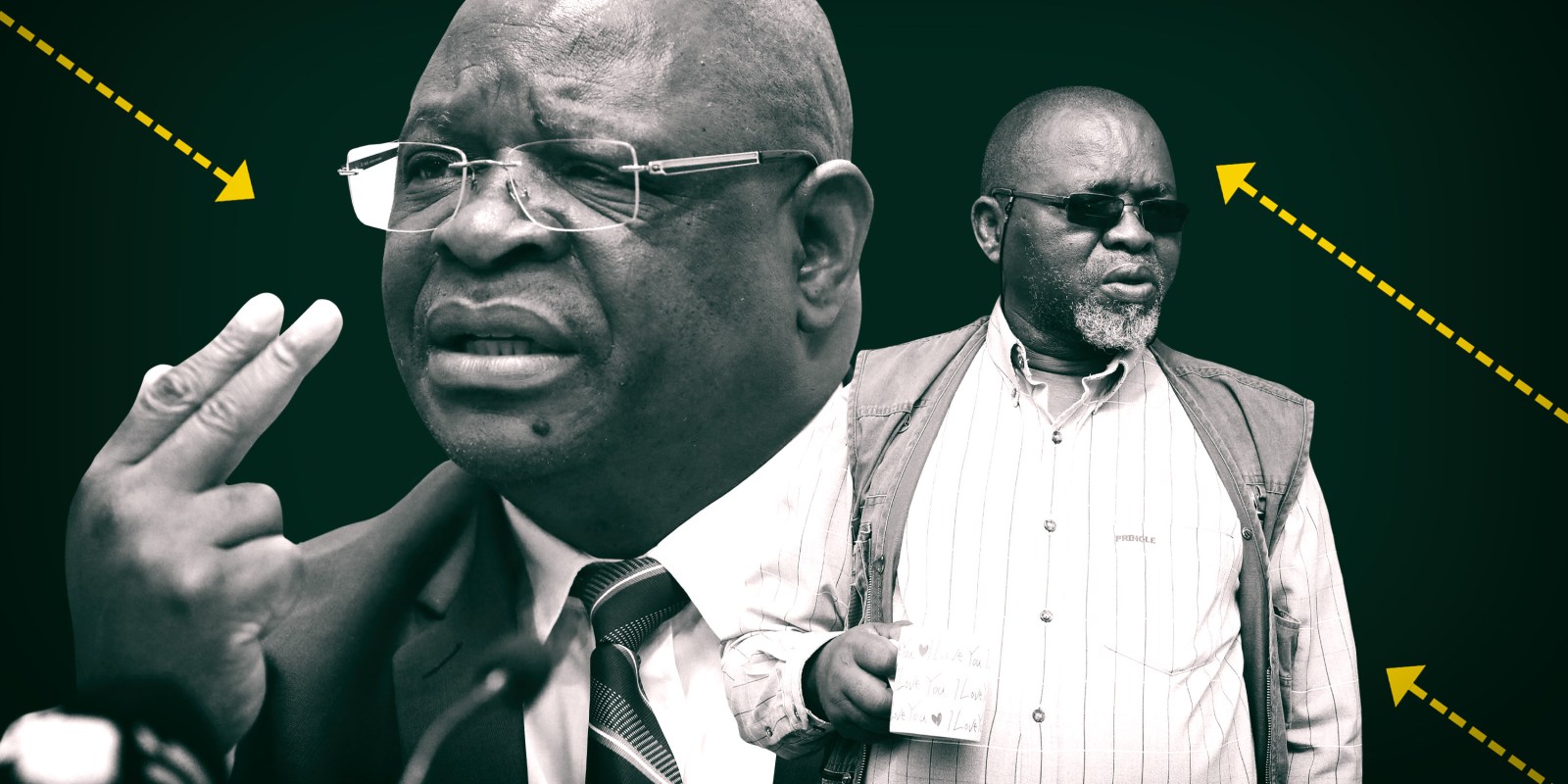 At the very moment that the ANC is trying to renew itself, when it is under more electoral pressure than ever before, the ANC chair and energy and mineral resources minister has decided to further rattle the cage.

Gwede Mantashe, the ANC chair and energy and mineral resources minister, says he will be the first person in the ANC to challenge the findings of the Zondo Commission report. This poses a massive headache for President Cyril Ramaphosa. It also contradicts the ANC’s public comments about the commission up until this point.

His stance exposes the political potholes the commission’s findings pose for the ANC, and it is possible that Mantashe will now become the gathering point for these obstacles.

On Tuesday night, the third instalment of the Zondo Commission report was published. It said Bosasa had paid for work done at two of Mantashe’s properties in the Eastern Cape and one in Gauteng. The report says that “…the provision of free security installations was manifestly part of the corrupt modus operandi of Bosasa and its directors.”

On Wednesday afternoon, Mantashe held a press conference at the offices of his department. He told journalists he would challenge Zondo’s explosive findings.

It is not clear why he held the briefing at his official government office while the findings are about his conduct while he was the secretary-general of the ANC.

It is important to note that Mantashe is the first person in the ANC to challenge these findings. He is not someone who has been seen as part of the “RET faction” of the ANC. Rather, he has been viewed as a supporter of Ramaphosa.

Perhaps more importantly, he has also supported the agenda of “renewal” in the party. This means that someone who has supported the commission, supported the changes the ANC is allegedly undergoing, and still supports its “reformist president”, is now throwing a massive spanner into the wheels of the very same commission.

This gets down to the major problem the party faces from the inquiry.

The commission was always about the corruption in the ANC itself, particularly the testimony around Bosasa.

Should Mantashe have to defend this in court, either during his civil application to overturn the findings or in a criminal case, perhaps the most important question would be this: Why would Bosasa pay for upgrades to his home? What possible reason could there be for this?

Considering his position at the time (ANC secretary-general), it would have to have been for his political influence. It could not have been for any other reason.

These findings may well be a reminder of how deep and pervasive corruption has become in the ANC. Even those not thought to have been a part of the Gupta-led State Capture project, such as Mantashe, were allegedly involved in corrupt dealings.

And this may be the reason why the DA’s claim, that the ANC is an organised crime syndicate, could sting so much.

However, the real issue may now be whether Ramaphosa is able to act against Mantashe and remove him from the Cabinet.

Mantashe would surely argue that he is going to court and that the findings against him could be overturned, so there is still a lot of time before he exhausts all his rights.

Still, for him to remain in the Cabinet will undermine Ramaphosa’s public commitment to the ANC’s corruption fight and the party’s claim that it is going through a process of renewal.

Just ahead of an ANC leadership conference, for Ramaphosa to take any action against Mantashe would surely be risky. Mantashe is known to be one of the foremost political brains in the movement – he was even able to outmanoeuvre the then President, Jacob Zuma, in the run-up to the Nasrec conference.

He is not the kind of person that Ramaphosa would want as an enemy. But… if Ramaphosa does not act against him, he cannot really act against anyone else.

This would turn into a non-prospect of widening the ANC’s step-aside resolution, meaning that only those formally charged in court with corruption would ever have to step aside.

It would also incentivise challenging each and every decision made in the prosecution of corruption. A person charged would surely legally challenge the decision, thus allowing them to avoid stepping down, and render the entire resolution null and void.

Of course, Mantashe’s actions in challenging the report’s findings are likely to inspire others to do the same. It is entirely reasonable to expect that seasoned Stalingrad practitioners like Malusi Gigaba will follow his lead.

Many copycats of Mantashe could simply forestall the consequences of the report and possibly further delay any prosecutions from the National Prosecuting Authority.

All of this leads to an important debate.

Up until this point, many people accused of corruption have relied on technical legal arguments to retain their position. The most famous is the ANC’s oft-repeated claim that someone is “innocent until proven guilty” and should be treated as such. Of course, they meant “innocent until they squeezed every drop of time out of every last platform for appeal”.

But the moral question is very different.

Mantashe received upgrades to his home from a private company – a company involved in doing extensive business with the state, a company found by the commission to have obtained business through corruption. If he were not the secretary-general of the governing party, would he have received any help?

It is surely the case that Mantashe committed an immoral act. So, why does he feel that he can remain in office and conduct technical legal arguments?

The answer may lie in the recent past.

For many years ANC leaders have used this strategy and remained in office, Zuma being the prime example.

During those times the ANC was guaranteed a majority of votes.

On the evidence, that is no longer the case. It is entirely possible that the ANC will fall below 50% in 2024 (or even lower).

This may be the real damage that Mantashe does to his party: that at the very moment that the ANC is trying to renew itself, when it is under more electoral pressure than ever before, he has decided to further rattle the cage.

It is entirely possible that Mantashe and others fail to understand the massive anger at the ANC. Or, at the very least, they grievously underestimate it.

There is a mess of contradictions in Mantashe’s stance and in his conduct. But contradictions defined Mantashe’s time as ANC secretary-general. He showed that he could balance constituencies even though his statements often contradicted himself.

But that was when he was managing the different factions in a political party. Here, he will be managing the consequences of his own actions. This will be much harder to accomplish.

Either way, it appears likely that Mantashe’s decision to challenge these findings will weaken the ANC, his President, and in the end, probably himself. DM