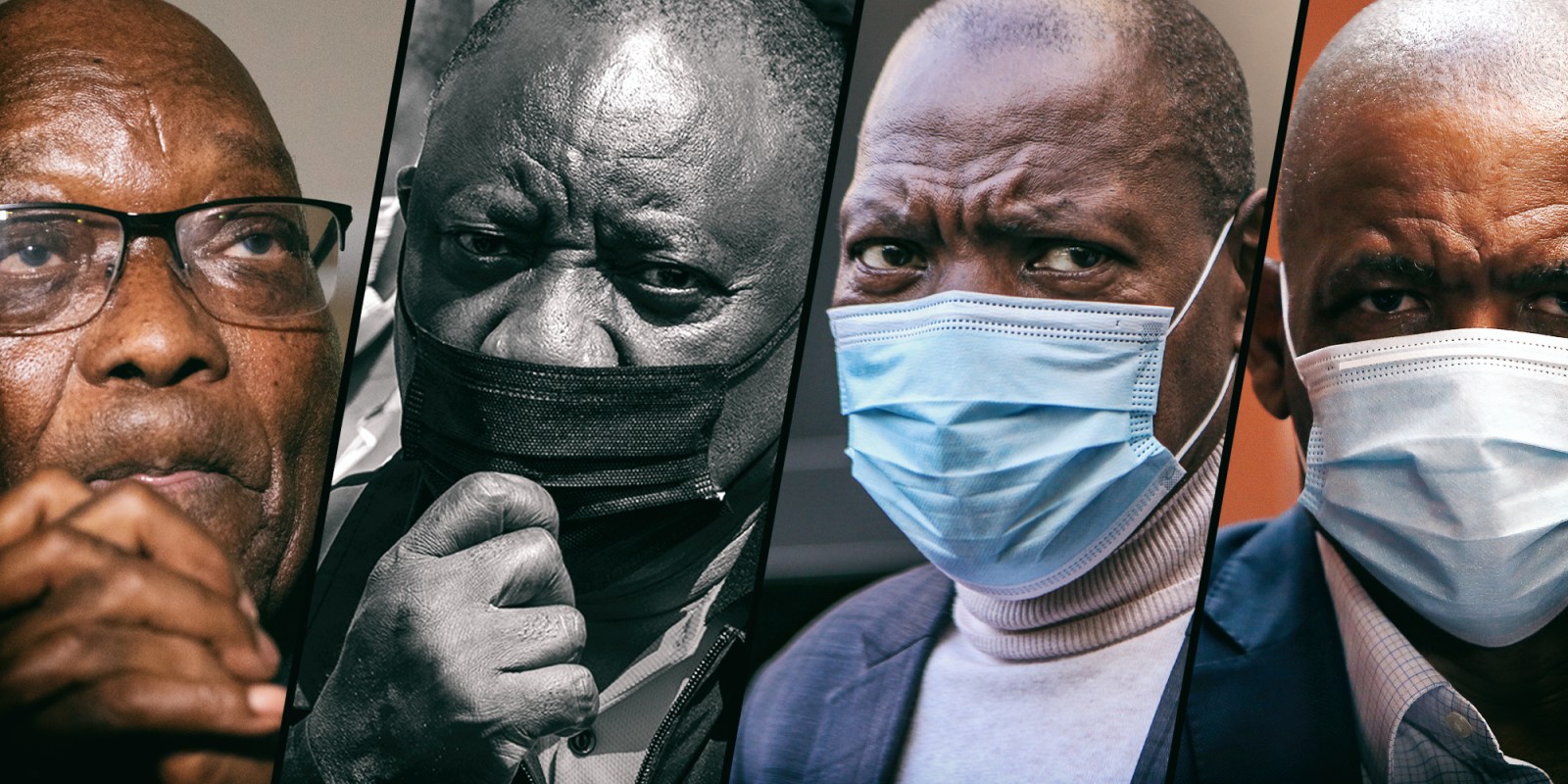 We could soon be entering a period in which the internal politics of the ANC are less important than national politics, where general elections play a bigger role in determining who becomes president than an ANC leadership election.

In the aftermath of the 2021 local elections, several scenarios were sketched examining what could happen if the ANC fell to 50% or less of the 2024 national vote. So weak has been the ANC’s response to the municipal elections drubbing, and so continually lacking are the actions of the government, that we might have to alter downward some of our assumptions ahead of the next poll.

Some of the scenarios assume that the ANC garners significantly less than 50% of the national vote. This is not a prediction, merely a scenario, but it is not impossible to imagine that the ANC could fall all the way down to 40%.

Last year, while addressing a meeting of the ANC’s National Executive Committee (NEC), President Cyril Ramaphosa said there was a “palpable sense of anger” at the ANC. And so it proved. In the local elections that followed, the party fell to 46% of the national vote, though it is important to note that in the past the ANC has generally performed better in national elections than in local polls.

In November 2021 it appeared fair to consider the implications of the ANC falling to about 50% of the vote. A likely scenario at the time was that if the party fell to just below 50% the most probable outcome would be for it to govern in a coalition with a smaller party. This would allow it to politically bully its partners and thus govern in the way it had up until then.

But it is in the realm of real possibility that the ANC could fall further in the months left before the next national election.

Consider this: since November, there has been no coherent action from the party in response to its decline at the polls.

In ANC-led councils, there has been more evidence of corruption and the abuse of power (and who can forget a female councillor being dragged out of her office while being assaulted by male security guards in the Amathole District Municipality?).

Perhaps the ANC’s most public response to its diminution of the voting share was when its head of elections, Fikile Mbalula, blamed the SABC rather than the party’s appalling delivery and shambolic management of the campaign.

Since then, two instalments of the Zondo Commission’s report have been released, laying bare how the ANC allowed, enabled and promoted corruption during the State Capture era. And there is another section (with conclusions) still to come. It is bound to bring more pain.

There is also no sense of shame at the truly horrifying examples of corruption committed by the party’s members big and small, powerful and insignificant, insiders and outsiders. Dr Zweli Mkhize, who resigned as health minister, but not from the NEC, in the wake of the Digital Vibes scandal (in which a R150-million contract was given to his former personal assistant Tahera Mather at the start of the pandemic) is reportedly running for elective office in the KwaZulu-Natal ANC.

Renewal? What renewal? ANC’s National Executive Committee will have to purge itself first

In Limpopo, a group of people now referred to as the “VBS faction”, who stole money in that scandal, are trying to win the control of the ANC in that province.

This is unlikely to garner votes from the public.

Last week, the report by a panel of experts investigating last year’s violence in KwaZulu-Natal and Gauteng made a finding that the divisions in the ANC posed a threat to the very stability of South Africa.

This is an extremely serious finding, one not to be taken lightly: when the governing party is itself a danger to the country, that cannot in any way result in long-term stability or prosperity.

And yet, despite many requests, there has been no formal response from the ANC to the commission’s findings.

There are some predictions that can be made before the 2024 election.

It is likely that the ANC will end this year even more mortally divided than it is now and the leadership election is bound to be messy and complicated.

The lived experience of millions of people in South Africa is likely to become even worse. This is partly due to the government’s weak response to our economic and financial crisis, to load shedding, and what may turn out to be a rising inflation cycle in global markets along with the turmoil that would follow a possible Russian invasion of Ukraine.

It is impossible to know at this stage if the proposed change in the electoral system to allow individuals to run for seats in Parliament will have any impact on the results, but many parties may lose votes as a result of this change.

All of this suggests that the ANC could well fall to around 40% of the vote in 2024.

The first, which has been asked many times, is whether the party would give up power willingly.

On the evidence, it would possibly have no choice. While the leadership of the police and the SANDF may have been appointed by ANC politicians, it is difficult to imagine they would use violence to help the ANC.

Being massively divided, the intraparty blame game in the aftermath of such a result would be intense. To cling on to power illegally would require determination and unity, which are unlikely to be on display in this scenario.

None of that would prevent the party from trying to make a deal with other parties though, and a showing of 40% would still make it by far the biggest party in Parliament.

Other parties will be keenly aware of this possibility.

On Thursday night, DA leader John Steenhuisen said that some of President Cyril Ramaphosa’s comments on the economy in his State of the Nation Address were “straight out of the DA playbook”. He also appeared to indicate some support for Ramaphosa’s plans.

Last year Steenhuisen told the Sunday Times that he was prepared to join a coalition with the ANC, if Ramaphosa remains its leader.

This suggests that he may be preparing for a situation in which the ANC “needs” the DA’s support.

There is evidence that other political leaders are making similar calculations — the machinations of ActionSA leader Herman Mashaba are particularly interesting.

A big problem hanging over smaller parties’ heads is that they may be unable to form a coalition, and there could be chaos for several weeks after the poll (the ANC is already trying to use this: its treasurer, Paul Mashatile, said last week that “there is no party that can replace us”).

So, the real question is whether the other parties will be able to form a durable coalition for a five-year period.

This could lead to a very complicated scenario, in which the ANC would still play a big part.

Of course, it may be that the ANC does not drop to this level. Perhaps it will have a relatively quiet and unifying leadership election (already Mashatile has said there is “consensus in the ANC” that Ramaphosa should serve a second term); perhaps the economy will rebound more quickly than expected and the possible introduction of a basic income grant could have a big impact on our politics (while there is a popular narrative that people vote for the ANC because they fear their social grants could be removed, academic studies have shown this is not the case — it is a highly contested area).

But how likely is this rose-tinted scenario?

We could soon be entering a period in which the internal politics of the ANC are less important than national politics, where general elections play a bigger role in determining who becomes president than an ANC leadership election.

This is likely to lead to a big change in our politics. It should make our country more democratic. But it could also become even more — much more — chaotic. DM