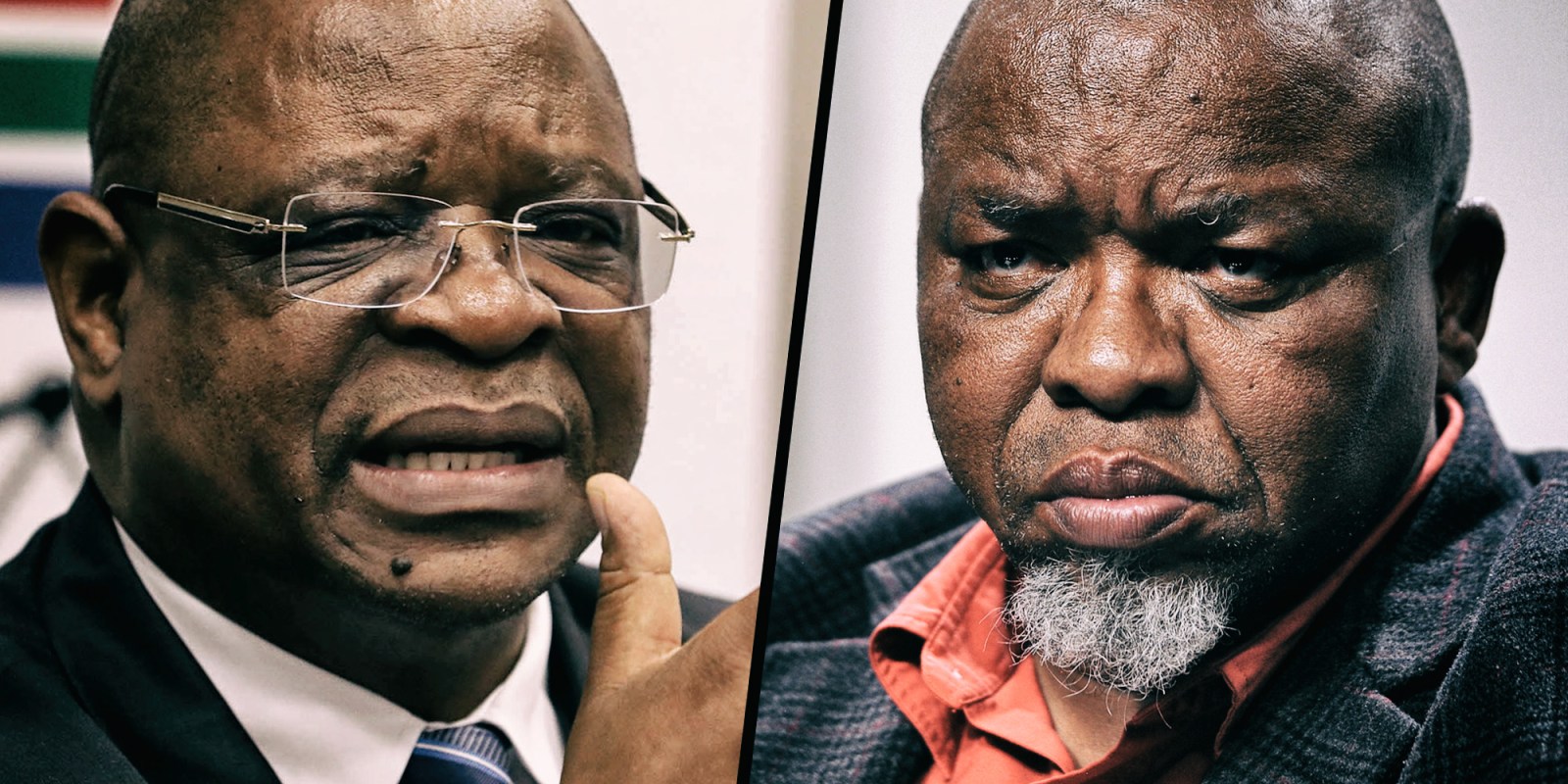 On whether he would step aside as the current ANC chairperson amid the commission’s findings, Mineral Resources and Energy Minister Gwede Mantashe emphasised that ‘there is no prima facie case against me at this point, hence the report called for further investigation’.

A day after Part 3 of the State Capture Commission’s report was released, Mineral Resources and Energy Minister Gwede Mantashe, the former secretary-general of the ANC, said that he would be taking the report on judicial review.

“In the circumstances, there is a reasonable prospect that further investigation will uncover a prima facie case against Mantashe in respect of the offence of corruption,” the report stated.

As to whether he would step aside as the current ANC chairperson amid the commission’s findings, Mantashe emphasised that “there is no prima facie case against me at this point, hence the report called for further investigation”.

In the meantime, Mantashe said that he would continue doing his work as ANC chairperson and as minister of mineral resources and energy “until there has been an investigation and a case to answer”.

In the 942-page report, acting Chief Justice Raymond Zondo, who chaired the commission, said that there were prima facie corruption cases against Mantashe, former president Jacob Zuma and former Cabinet minister Nomvula Mokonyane, all of whom received benefits from the company Bosasa, which was awarded at least R2.37-billion in government contracts between 2000 and 2016.

Last year, Mantashe appeared before the commission and said that it never occurred to him that the installation of high-end security cameras at three of his properties, allegedly paid for by Bosasa, could be seen as a potential backhander because he was “not amenable to bribes”.

During the commission, Angelo Agrizzi, who was the chief operations officer of Bosasa, shared details of Bosasa’s modus operandi, from installing security cameras in politicians’ homes to giving former SAA chair and Zuma’s ally Dudu Myeni a Louis Vuitton bag stuffed with R300,000.

Agrizzi estimated that Bosasa paid at least R75.7-million in bribes between 2000 and 2016.

The report notes: “[Bosasa] sought to be able, through Mr Mantashe and the inducements and gain provided to him, to influence the leadership of those departments and organs of state, a leadership drawn almost exclusively from the ranks of the ANC and falling within the categories of public office-bearers.”

Zondo said there was no evidence of contracts being awarded because of Mantashe’s direct interference, but there were “reasonable grounds for suspecting that Mr Mantashe accepted or agreed to accept gratification” from a company that wanted business from the state and that further investigations had a reasonable prospect of making prima facie findings of corruption against Mantashe.

The report found the “balance of evidence overwhelmingly establishes that Bosasa, its directors and some of the employees… were involved on an industrial scale in attempts to influence, through inducement or gain, members of the National Executive and office-bearers and functionaries of, or employed by, state institutions and organs of state.

“This includes attempts at such influence, by way of inducement or gain, through Mr Mantashe, as secretary-general of the ANC, and the ANC as an organisation itself.”

Rudi Heyneke, the portfolio manager on transport and state capture at the Organisation Undoing Tax Abuse, said it would take a long time for the report’s findings to be implemented.

“We know that the NPA [National Prosecuting Authority] has capacity constraints and even with Mantashe taking it on review, that could take a long time in court. But at least, we know about their complicity in State Capture. It’s out in the open and they can’t claim ignorance of what was happening,” said Heyneke.

Karam Singh, the head of legal and investigations at Corruption Watch, said the report was “thorough and impressive”.

Both the DA and the UDM welcomed the report but suggested that an independent body should be tasked with ensuring that its recommendations were followed through.

The DA’s Glynnis Breytenbach pointed out that South Africans “have long known the extent of corruption in our society. What they want to see now is action, with implicated persons swiftly prosecuted and placed behind bars. Unfortunately, many South Africans have begun to lose hope that the National Prosecuting Authority is up to this task.”

Breytenbach said that the DA would accelerate the introduction of its comprehensive Anti-Corruption Commission private members bill. This bill seeks to establish a new Chapter 9 institution.

“This commission will be tasked with the function of prosecuting high-level corruption cases, and unlike the Directorate of Priority Crime Investigation (Hawks), will be completely independent,” said Breytenbach. DM