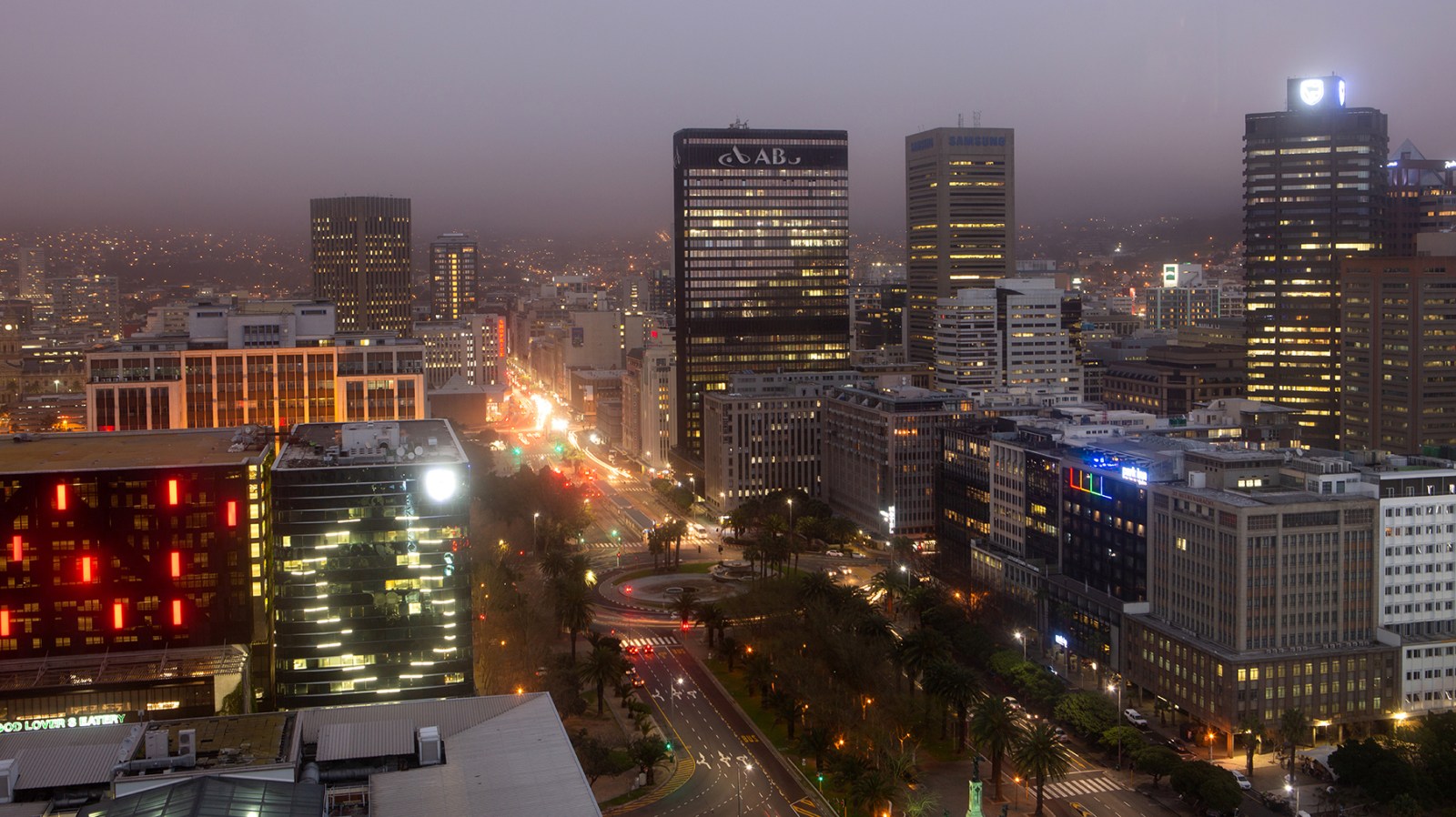 The street is a representation of our thriving, beautiful yet complex democracy. It is a sign of how far we have come, but like any country that has hopes and dreams, it is also a sign of how short we have come. How can we make this public space even better and help address some of the most pressing issues like climate change and our economic crisis?

It is another Thursday, as South Africans are heading back to work, and Adderley Street in Cape Town, like the many main streets across South Africa that define our city centres, is full of life.

These streets are the theatre of our young democracy, or as the French philosopher Emmanuel Levinas puts it, public spaces that “expose us to others, and with exposure, democracy is invented”.

If one looks closely, one can spot the rich diversity of life that makes use of Adderley Street daily.

The public space is full of commuters travelling by foot, vendors selling fruit, taxi drivers honking and dropping off office workers, the 106 MyCiTi on its usual route to both locals and tourists alike enjoying the magic that is the Flower Market, almost surpassing its 151st anniversary.

Can we make this public space even better and help address some of the most pressing issues like climate change and our economic crisis?

The short answer is “yes”. There are steps that can be taken that are within the ambit of our local metros to further enrich our democracy whilst addressing these issues.

The answer to my yes? The pedestrianisation of Adderley Street by turning it into a shared zone where private cars are simply prohibited.

This does not mean taxis, MyCiTi or commercial vehicles would be banned from Adderley Street.

If one stops for a second, one can see crowds of workers, tourists crossing the street without opting for a traditional path. It is very clear the current street design irrationally favours single-occupancy cars than the thousands of people crossing it on foot or public transportation.

The street, which is a public space, should belong to all users.

Let us collectively imagine a vision for Adderley Street that is one big public plaza full of plants that provide shade, spaces to allow for old friends to catch up and commuters to better access their workplaces. A vision that ultimately gives us dignity and purpose to not only boost trade for local businesses but also shows how our infrastructure reflects the climate and biodiversity crises we are in.

Repurposing Adderley Street would also mean giving a new life to the cycle lane that can finally be connected to a wider network. This step will fall in line with cities adopting best practices, such as prioritising non-motorised transport (NMT) where we can create safe conditions for anyone to ride confidently, whether you are travelling on your bike or e-scooter.

This is a real test for city leaders to set the benchmark for what type of society we want to become through the design of our roads and shared spaces for mobility.

We can no longer afford to just talk about lofty visions and do the bare minimum. We need to act, supported by evidence and the founding tenets of our constitutional democracy.

As international cities across the world are repurposing their main streets and in some cases whole CBDs, South African cities like Cape Town and others have an opportunity to employ policies to advance our young democracy, the economy and the environment.

Philosopher Emmanuel Levinas’s referral of public space is a reminder of how democracies evolve and grow inclusively. If our built form is moulded just around private car usage, what about the rest of us and the nine objectives that form part of the Comprehensive Integrated Transport Plan (CITP) 2018 — 2023 especially objectives one and two?

Objective two for example calls for an “Integrated, intermodal, interoperable, responsive and car competitive public transport for the benefit of the community”. Currently, Adderley Street caters for single-occupancy cars with three lanes each way reserved purely for vehicles (including on-street car parking to the sides) with a parking medium in the middle.

Essentially, the seven-lane thoroughfare in the heart of the CBD is at odds with both the Integrated Development Plan and the need to nurture democracy through better road design.

We are in a serious crisis. By giving more space to pedestrians and active public transport users, we are investing in modes that can carry more people than single-occupancy cars while making the area more attractive to more shoppers, office workers and tourists.

The spatial planning layout of the V&A Waterfront reflects this understanding that the value of connection and commerce has been designed for people, not cars. Can we employ this model across our city?

A people-first approach would add greater significance to this public space that not only strengthens key public interchanges but also solidifies the areas between Parliament and other key national institutions within the heart of the CBD.

Moreover, Cape Town more than any other city should know the consequences of Day Zero. Climate change is real and our dependence on cars is a serious driver of climate change that exacerbates our water and biodiversity insecurity.

Cars not only contribute a lot of greenhouse gas emissions — they also take up a lot of space that could be better utilised for economic productivity and instil hope and dignity.

Repurposing roads for pedestrian use will do exactly this and Adderley Street is the perfect candidate.

There are already calls by councillors in the City of Cape Town to take these actions despite there being no mention of it in the CITP 2018 — 2023.

This does not mean it should not be in the CITP, but it should definitely be part of the new CITP that is taking place right now. In the interim, we need our leaders to act urgently and in a similar manner to the street closures provided for local businesses on Bree and Long Street issued by Mayor Geordin Hill-Lewis.

This is an opportunity for the Mayor to lead this initiative of repurposing roads to everyday urbanism on economic and climate change grounds.

Councillor Mikhail Manuel from Ward 59 and the chair of the Transportation Portfolio Sub-Committee (Tweet him here if you agree!) has flirted with the idea of pedestrianising Adderley Street. Other councillors issued support with pundits loving the idea.

Dr Zahid Badroodien, the Mayoral Committee Member for Water and Sanitation commented “let’s do it permanently and get trees planted! And create public spaces to meet and socialise and for kids to play.”

These comments are welcomed, but the real test would be if the City can mobilise more support and action the pedestrianisation of Adderley Street, rather than waiting another half-century for a plan like the CITP to recommend it.

Adderley Street is a glimpse of our young democracy at play, despite the turbulent times we are going through as a nation.

Close to our fire-ravaged Parliament buildings rests the Arch for Arch, which symbolises the forces that shaped our democracy — the keystone of our constitutionality. The Constitution is there to guide us, but it is the role of the Executive across all spheres of government to deliver.

Adderley Street can be part of those listed projects that capture the very spirit of our constitution.

Much more needs to be done and the City of Cape Town has a real opportunity in its own backyard. Let’s pedestrianise Adderley Street now. DM/MC

Born and raised in Pretoria, South Africa, Roland Postma is the current Interim Coordinator for Young Urbanists South Africa where he seeks to support young urbanists and instil positive change. He is currently doing his Master’s degree in Urban and Regional Planning at the University of Melbourne and holds an Honours in Urban and Regional Planning from the Royal Institute of Technology. He has spent over a decade abroad where he has co-founded Australian Planners Declare and writes for the Local Government Information Unit. He can be followed on Twitter.