Whatever happened to Day Zero? 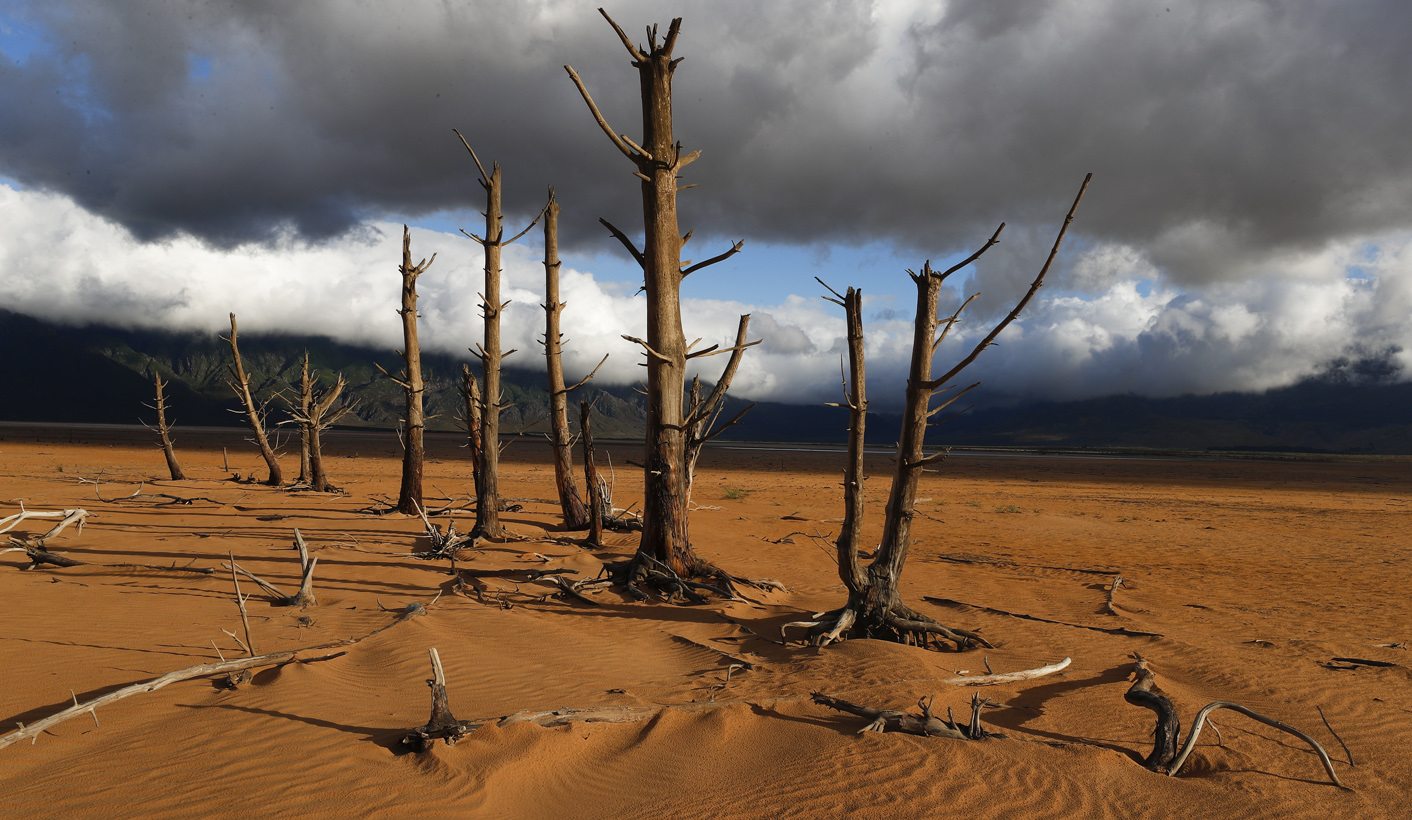 The January announcement of an imminent “Day Zero” threw the city of Cape Town and environmentalists across the world into a frenzy. Now Day Zero is set for 2019. So what happened? ADAM YATES sat down with Deputy Mayor Ian Neilson to seek clarity on the mixed messaging around Day Zero and to understand today’s status of the water crisis. Here are seven takeaways from how the city views the crisis.

Neilson wants the public to know that he was not responsible for announcing Day Zero.

“It’s hard to say that it was the right or wrong decision. Clearly, my sense is that if I had been there I would not have made that statement,” he admits from behind the desk in his sixth floor Civic Centre office. “Because what I would have done, is I would have implemented these heavier restrictions back in November already.”

Neilson took over water crisis duties from Mayor Patricia de Lille in mid-January following a DA directive to remove the mayor from managing the water crisis. Since then, Neilson’s two priorities have been to disseminate facts and to emphasize one simple order: Save Water.

Theoretically, on Thursday this week Cape Town would be entering the Day Zero era. Now that era is months, maybe years, maybe lifetimes away, if it exists at all.

“The fact is we’ve never run out of water, we’re not going to run out of water. It’s a question of management of limited water supply, it’s not a question of running out,” explains Neilson. So why was the world told otherwise? Neilson blames De Lille for a delayed response to the crisis and for causing unnecessary panic.

In November, the dams were at record low levels. Last winter’s rain was 30% of the long term average, and the idea of running out of water became a bit more of a reality than it previously had been.

The government calculated 174-million cubic metres of water left for the entirety of the year. That number divided by 365 days, left Cape Town with only 478-megalitres a day. By January, it was clear the augmentation plan would not advance fast enough to make a major difference, the National Department had not yet intervened in limiting agricultural irrigation, and Capetonians were still consuming 600-megalitres of water daily. According to Neilson, the conglomeration of these three factors ultimately pushed De Lille to tell the world, without widespread DA approval, about Day Zero.

“(Stricter restrictions) should have happened earlier, and if it had happened earlier then we wouldn’t have got to that point in January where that statement would have been made.” So technically Day Zero was real. But due to interventions, Day Zero was never going to happen. Once the National Department enforced irrigation regulations, regulations that had been previously mandated but never enforced, and once Capetonians reduced their water usage (the city currently consumes around 510 to 520-megalitres a day), Day Zero got pushed back further and further, until it was clear the city would see another rainy season and hopefully some major technical advancements before the water ran out.

2. A theoretical Day Zero was predicted years ago, but it was never predicted for 2017

Neilson wants to disavow what he sees as a major misconception regarding the fact that the City of Cape Town knew about Day Zero for years prior. “It’s true that people said with the growing population you’ve only got so much water supply and you’ll get to a point where you’ll run out of water,” he says, defending the perceived delay in response.

Neilson points out that augmentation and desalination preparations began years ago, but they were advancing at a rate relative to the predictions at that time. According to Neilson, the set of data previously available to the government was inadequate when faced with the drought. The initial assumptions about water sustainability did not account for extreme variability in rainfall. The city has since adjusted its predictive methodologies.

Neilson disputes the allegation that there could have been stronger preparations for a disaster scenario like the drought. Instead, he sees the crisis as a product of circumstance. “We had all those things in our planning for years but the expectation was we would not need to implement them so soon.” He quips: “People thank God for the rain but blame politicians for the drought.”

3. The water crisis is an issue, but Day Zero will never happen

The water crisis remains an issue and the continual preservation of water is critical, emphasises Neilson. However, barring another historically low rainy season, the alternative mechanisms for providing water should be in place by next summer. If Capetonians continue to adhere to the daily restrictions, they will never see a Day Zero and hopefully the water crisis as it stands will end within the next few years.

4. Mmusi Maimane was called in for damage control

Neilson does not hold back when discussing the impact of the water crisis on the DA’s ability to win in the next election. For Neilson, the crisis is not the DA’s fault, but the ways in which they react to it will matter most:

“Clearly, we are sitting with a crisis situation here and people will judge us on how well or badly we manage the situation.”

When DA Leader Mmusi Maimane intervened in the crisis and began holding press conferences and briefings, a measure that raised eyebrows among DA critics, it was for political oversight purposes, says Neilson. Maimane was damage control for the PR disaster that was Day Zero. The management of the issue remained in the city’s hands, but the DA leaders wanted to salvage their reputation by demonstrating competency when it came to dealing with the crisis.

The 26.9% Increase on water and sanitation is to help fund the R1.5-billion plan to fully implement augmentation and desalination technologies in Cape Town. In Neilson’s mind, this tariff is a necessary evil. The only way to get the money to fund these projects, he reasons, is through tariff increases. The taxpayers would fund these projects no matter when they happened. Neilson posits: “It’s a question of when you pay for it rather then do you need to pay for it.”

6. Tourists welcomed to Cape Town (so long as they save water)

Responding to the reality that Day Zero triggered massive drops in tourism, with overseas universities and tourists cancelling their planned programmes, Neilson says that the Day Zero announcement had “a severe negative effect on the city, and international view of the city, and business prospects of the city”.

Was the international attention, the local hysteria, and the loss of tourism worth it to convince Capetonians to drastically reduce water usage? Perhaps there was no other choice.

“It was quite clear there was only one thing one could do and that was to drive consumption down. There was no other mechanism to get through the drought, to get through the summer period,” reasons Neilson. De Lille reported an accurate prediction based on the trends at the time and it did drive consumption down. Day Zero disappeared as quickly as it arose because it was far from inevitable. Hopefully the damage Day Zero did to tourism is reparable.

Tourism is a central part to the Cape Town economy and losing tourism only exacerbates the issues of the water crisis, explains Neilson. The city is now trying to spread the message that the crisis is under control and all tourists are still encouraged to visit. Neilson wants to assure tourists that they will be welcomed with open arms, so long as they adhere to the water restrictions.

Photo: The City’s values as written on the Civic Centre steps. The management of the water crisis has some Capetonians questioning just how committed the City is to adhering to these ideals.

7. Capetonians’ relationship with water has shifted

Neilson’s message is that regardless of whose fault it is that the water crisis happened in the first place, regardless of whether or not the words “Day Zero” should have ever been said in public, regardless of the unpredictability of yearly rainfall, Capetonians still accomplished a remarkable feat. People joined together for a common cause and put the benefit of the greater good over individualised luxury. Day Zero would not have been as easily averted without this massive shift in approach.

The work is far from done, and the need to continuously preserve water will not end anytime soon. Yet it is hard to imagine a world in which Capetonians quickly go back to carelessly consuming copious amounts of water once the restrictions are lifted. There seems to be a massive perspective shift regarding individuals’ relationships with water, and maybe that’s a good thing. DM

Photo: Cape Town Deputy Mayor Ian Neilson, who is responsible for resolving the water crisis, stands in front of a flag of the city he represents. Photo: Adam Yates.