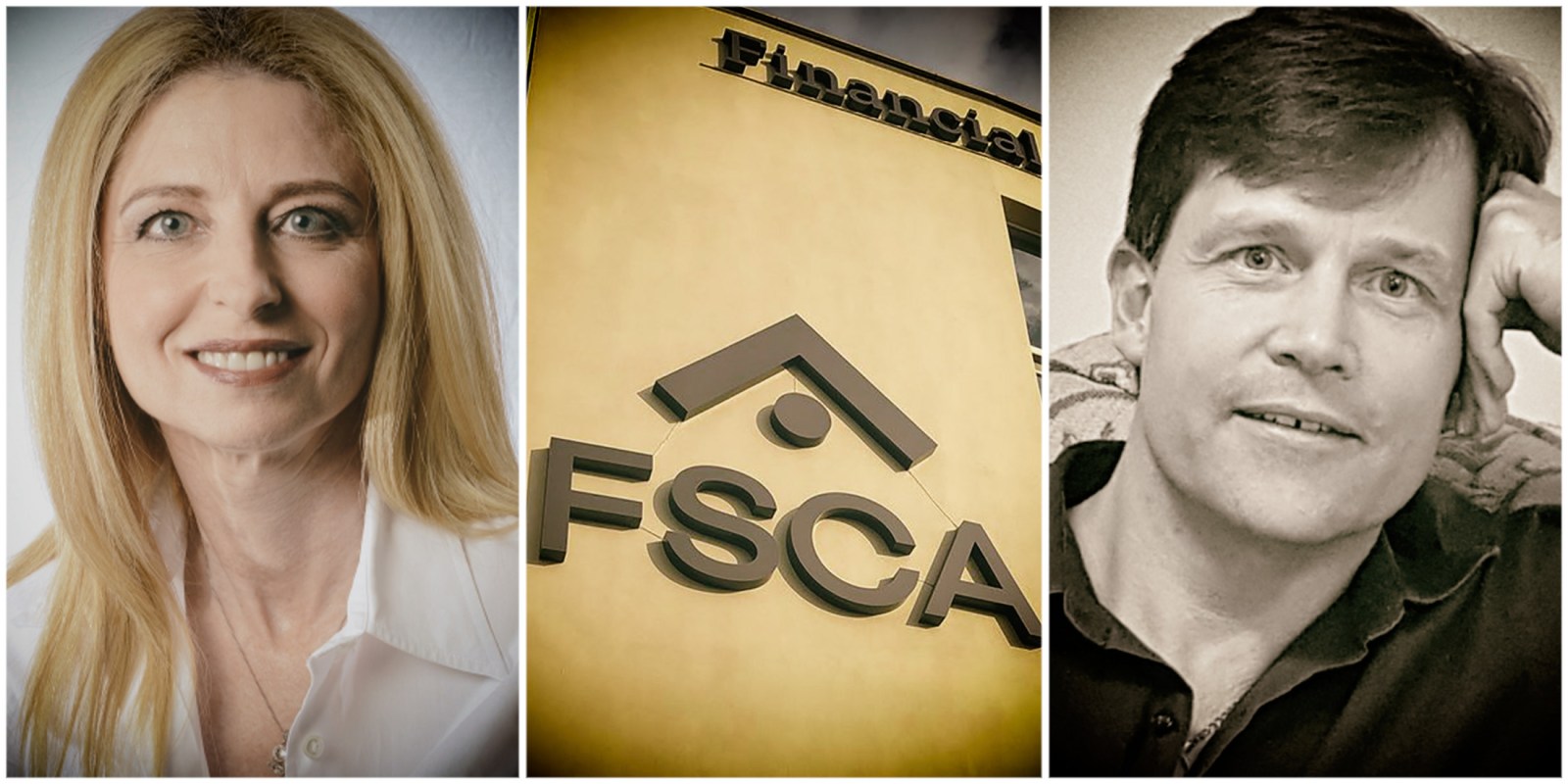 Insure Group Managers Ltd company chief Charl Cilliers testified in September 2018 that he and three company directors lied to their clients in order to shield the true, distressed nature of the premium collector’s financial situation. That R1.7-bn in premium funds went missing was discovered days later when Insure operations hit a devastating cash crunch. This week, Cilliers aims to convince the Financial Services Tribunal that he should not remain debarred as a financial service provider based on a lack of honesty and integrity.

In the world of regulated money like, for instance, the insurance industry, “honesty and integrity” is a big thing.

So important that “personal character qualities of honesty and integrity” is written into several local (and global) acts and regulations as a crucial requirement for a person running a business collecting and disbursing money on behalf of others.

This is so that dishonest people without integrity do not run off with the public’s money. If they do, these acts and regulations require authorities to take a range of steps to ensure repercussions.

That is how Charl Cilliers and business partner Diane Burns found themselves at the sharp end of the Financial Sector Conduct Authority (FSCA). In August 2020, the FSCA debarred both for five years for lacking honesty and integrity while managing their business Insure Group Managers Ltd (IGML), a premium collector. The context here is essentially that Cilliers and Burns were found to have masterminded an unlawful and perhaps fraudulent scheme using R1.7-billion in public insurance premium funds owed to insurers to feather their own nests.

On Wednesday, the aggrieved Cilliers and Burns will attend a hearing of the Financial Services Tribunal in their application to reconsider the FSCA’s decision to debar them as financial service providers.

Cilliers and Burns have not replied to requests for clarity and context since Daily Maverick published their attempt at bullying Scorpio into silence earlier this year.

They have, however, consistently denied any wrongdoing. Burns bristled especially at the FSCA for debarring her and Cilliers only. She argues that the other directors must also be taken to task.

Questioned about this, the FSCA’s Professor Brandon Topham, head of enforcement and market integrity, said: “Please remember that we have not done a complete investigation into Insure as it was placed under curatorship.

“We only looked initially at the conduct of two primary officials of the entity with the intention to study the curator’s report. We have received the report and are determining future direction and investigations relating to the matter…”

But it is a transcription detailing Cilliers’ testimony under oath in the VBS Mutual Bank investigation that brings into focus the role he alleges two additional directors played in the deceit.

IGML “experienced an unexpected connection failure between our Accelerate system and the bank”, a letter sent to the company’s client brokers attempted to explain.

Dated 15 February 2018, it offered “sincere” apologies and stated that the “short interruption” was already fixed. The only hiccup, the letter explained, was that some payments to the insurers on behalf of the brokers would be delayed. But not to worry, IGML was aware and working hard to fix the problem.

Except, none of it was true, Cilliers admitted under oath.

The background here is that IGML was obliged to pay over premium funds it collected on behalf of insurers within 45 days. The premium collector’s consistent misappropriation of the funds, however, caused an ever-growing black hole in IGML’s cash reserves, the company’s curator would later find.

To hide the secret, Cilliers negotiated a R250-million credit facility with VBS Mutual Bank, used as a buffer.

Helpful, until VBS imploded in March 2018.

With the benefit of hindsight, we now know that VBS was stolen into insolvency by its managers, directors, auditors, politicians and business people.

At the same time, IGML’s managers were unlawfully and possibly fraudulently using premium funds to make a secret profit to enrich themselves and the company.

When VBS sank, IGML got pulled down the whirlpool. IGML’s “misleading” letter was crafted while VBS’s keel struck disaster, but before IGML sensed the danger.

Who exactly in the IGML group came up with the idea of the letter and whether there were more instances of IGML lies being sold to brokers and insurers, is not entirely clear.

What we do know, so far, is that the first public record of the letter dates to 6 September 2018 when advocates Terry Motau and Ross Hutton SC questioned Cilliers, trying to find the truth about VBS’s implosion. (Motau was commissioned by the Reserve Bank to chair the VBS investigation. Hutton was the evidence leader.)

Hutton and Motau came to know about the letter because Ian du Toit (COO) emailed it to IGML’s executive committee members Grant Davis (CFO), Burns and Cilliers. A series of consecutive emails was found on some of the computers seized in the VBS investigation.

IGML’s executive committee members were to “beautify”, in Cilliers’ words, the letter and decide whether it was to be sent to every client before they discovered the missing funds or only to those who questioned the funds’ absence. After making a phone call to Du Toit, Cilliers told Hutton and Motau the letter was in the end sent to six different clients, about an unpaid amount totalling about R20-million.

The truth did not escape from Cilliers without effort. Hutton and Motau repeatedly reminded Cilliers of the question he was asked to answer. Their direct words, copied from the transcription, are insightful:

Hutton: “Is it a truthful letter?”

Cilliers: “For us, yes, because it happens often that we have delays in terms of technical payment failures.”

Hutton: “Was this a technical payment failure that had occurred because there was a connection failure between the Accelerate system and the bank?”

Motau: “So back to the question. Was it a truthful reflection?”

Cilliers: “No, it was managing expectations in terms of our clients.”

Motau: “Was it a truthful statement to make?”

At this point, the testimony drifted elsewhere, but Hutton seems to have been a dog with a bone:

Hutton: “Mr Cilliers, the simple fact of the matter appears to be this, that the letter at page 3 [in the evidence bundle before Cilliers – Scorpio’s edit] is a misleading letter… it’s intended to mislead the reader into thinking that there was a technical error, whereas the truth was something different.”

Cilliers: “Yes. The last thing I would want to do is send them a letter that says: We don’t have funds, and it’s because of VBS.”

Hutton: “Yes, so you were prepared to mislead your clients as to the reason why their payment hadn’t been effected?”

Motau: “…it is more about the reason that is disclosed to the client as being the cause, which, to your knowledge would have been inaccurate, and that’s misleading to the client. In other words, that’s something you were prepared to do, faced with that situation, by telling them that there was a connection failure between your Accelerate system and the bank, when in truth and in fact that was not the case.”

Cilliers: “I understand what you’re saying.”

Motau: “So that’s the question that is being put, and you haven’t answered it.”

Cilliers: “Yes, the letter would not be correct.”

Motau: “And the question you were asked is that you would have been prepared to send out a misleading letter in those circumstances?”

Cilliers: “If you put it that way, yes.”

Here is the full transcript:

If truthful, Cilliers’ admission before Motau and Hutton may imply that he was in breach of – at least – the honesty and integrity requirements expected from a financial service provider. His testimony may also have severe consequences for Burns, Davis and Du Toit, who are, along with Cilliers and four additional IGML directors, joined in a high court summons brought by 11 insurers asking that they pay back R1.2-billion in lost premium funds.

It is unsure whether the FSCA and Financial Services Tribunal are aware of this information.

Now working at Qsure, Davis and Du Toit declined to answer questions, due to the high court litigation. They do not admit to any wrongdoing, their lawyer Terry Mahon said. “In particular, my clients dispute that they are dishonest and lacking in integrity.”

Burns and Cilliers did not reply to questions sent to them and their lawyer.

Whether Cilliers and Burn’s application for reconsideration of their debarment will be fully aired on Wednesday, is unsure, as there were talks of them requesting another extension.

Dissatisfied with an order of the tribunal, an aggrieved person may ask a court to review the order. DM/BM

Update: The application to reconsider the FSCA’s decision to debar Charl Cilliers and Diane Burns for five years was removed from the hearing roll and is postponed to a date not yet agreed upon. The hearing, therefore, did not take place on Wednesday morning, as originally expected.