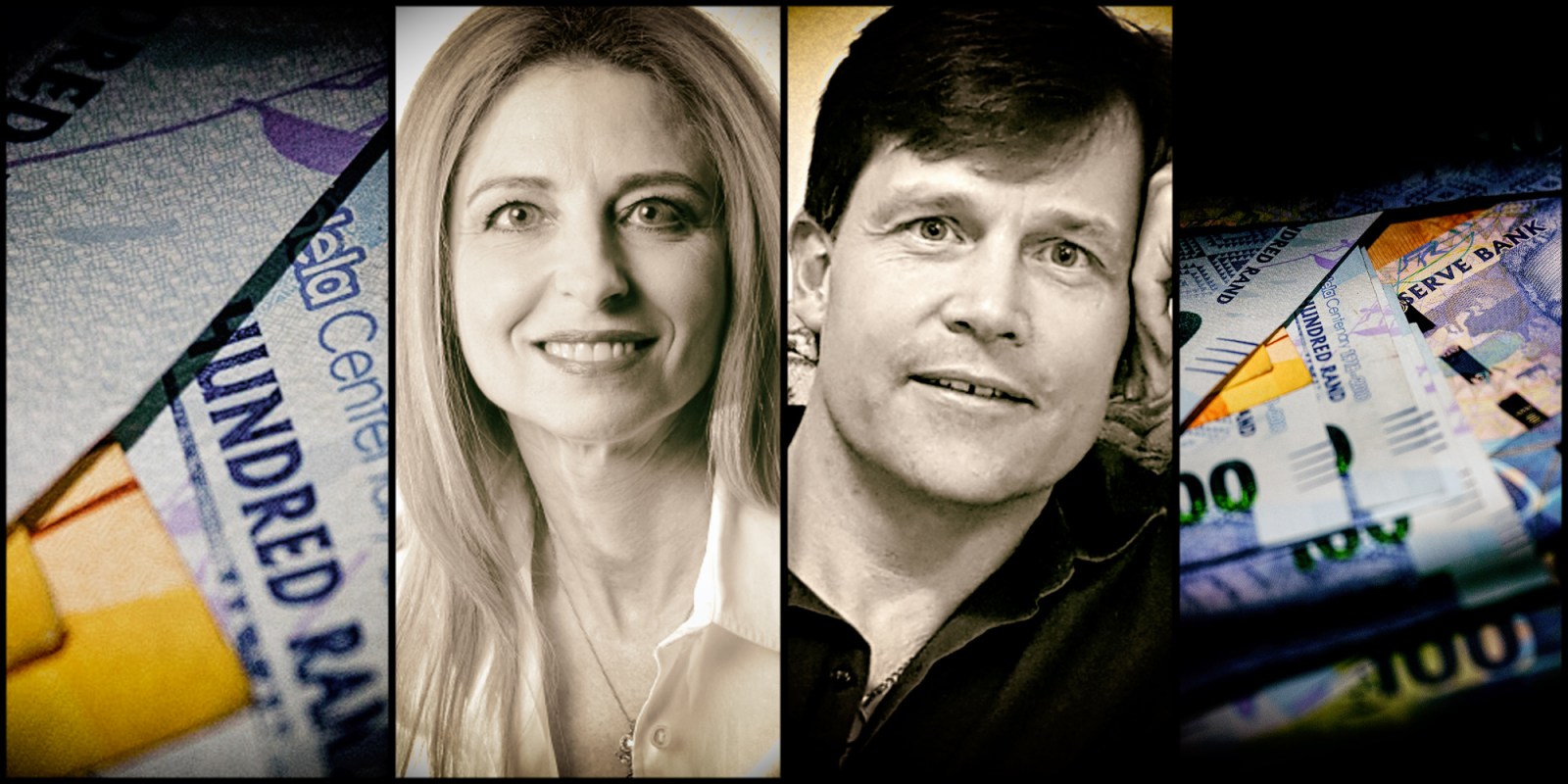 Insurance giants Santam, Hollard, Old Mutual and Guardrisk have, between them, lost R944-million after financial intermediary Insure Group Managers dumped the cash it collected from the insurers’ customers into its own hare-brained investments.

Santam reported a case of fraud against Insure directors Charl Cilliers and Diane Burns at Randburg police station which, police spokesperson Colonel Noxolo Kweza confirmed, was transferred to the Hawks’ Specialised Commercial Crimes Unit due to the large amount of money involved.

Guardrisk and Old Mutual confirmed they are “in the process of finalising affidavits” to lay criminal complaints against Insure’s “key role players”.

Hollard said it has “zero tolerance in respect of potential fraud and any other potential criminal activity” and therefore “will pursue all avenues to ensure that justice is served, including civil and criminal remedies”.

Smaller insurers are expected to follow. Additional complaints considered include breaches of several financial laws, including the Short-Term Insurance Act and its regulations.

Cilliers, CEO of the now-defunct Insure Group Managers, and Burns, “director for strategy and compliance”, have steadfastly proclaimed their innocence.

Burns, on behalf of her and Cilliers, on Tuesday said they were not aware of the criminal complaints brought against them. Burns continued to demand that Scorpio’s reportage “must be factually accurate and lawful”.

Because Burns and Cilliers displayed a lack of “honesty and integrity” in perpetrating the Insure scheme, industry regulator the Financial Sector Conduct Authority debarred the pair for five years from practising as financial service providers.

Cilliers and Burns will appeal the debarment in November (now moved onwards from July, as was previously reported).

Adding to his own woes and casting ever-growing shadows on his integrity, Cilliers further failed to disclose that he was debarred from the financial industry when asked by accountancy body Saica to explain suspicious VBS Mutual Bank money flows. Cilliers is a chartered accountant – an industry that rarely can afford more bad publicity. Scorpio wrote about it here.

In May Scorpio shone a spotlight on how 45 insurers were duped for close to a decade into thinking their money was safe.

Insure suddenly and unexpectedly came to the end of its credit line when its safety net – ironically, VBS Mutual Bank – imploded in March 2018, causing the skeletons to tumble out of its overstuffed closet.

Insure, mandated to collect insurance premiums from customers, was meant to pay over the cash to the insurance companies. Instead, Insure invested the money in its own very illiquid, high-risk and ultimately loss-making investments.

Their goal: to make a secret profit the insurance companies were not to know about.

Insure started to use the incoming month’s premium collections to pay the previous month’s debt and, when it inevitably ran into a cash crunch, a loan facility from VBS plugged the hole.

It worked well while the large R250-million loan facility at VBS could be its safety net. Until it didn’t.

When VBS was put under curatorship, Cilliers was forced to file for voluntary curatorship for Insure. A subsequent investigation showed insurance companies’ premium money was locked in “investments” including a mining rehabilitation plant in Gauteng, a deepwater port in Mozambique, a property portfolio in KwaZulu-Natal and a stake in an asset management company. It further utilised the cash to build its own business. This conduct is an outlawed practice, colloquially labelled as “rolling”.

Note from the Editor: Cilliers and Burns previously attempted to stop Scorpio from reporting on these facts by sending a threatening lawyer’s letter. We answered them in this editorial. Spoiler Alert: Daily Maverick and Scorpio will not be bullied. DM

No threatening letters can stop Daily Maverick from reporting the truth