Renewal? What renewal? ANC’s National Executive Committee will have to purge itself first 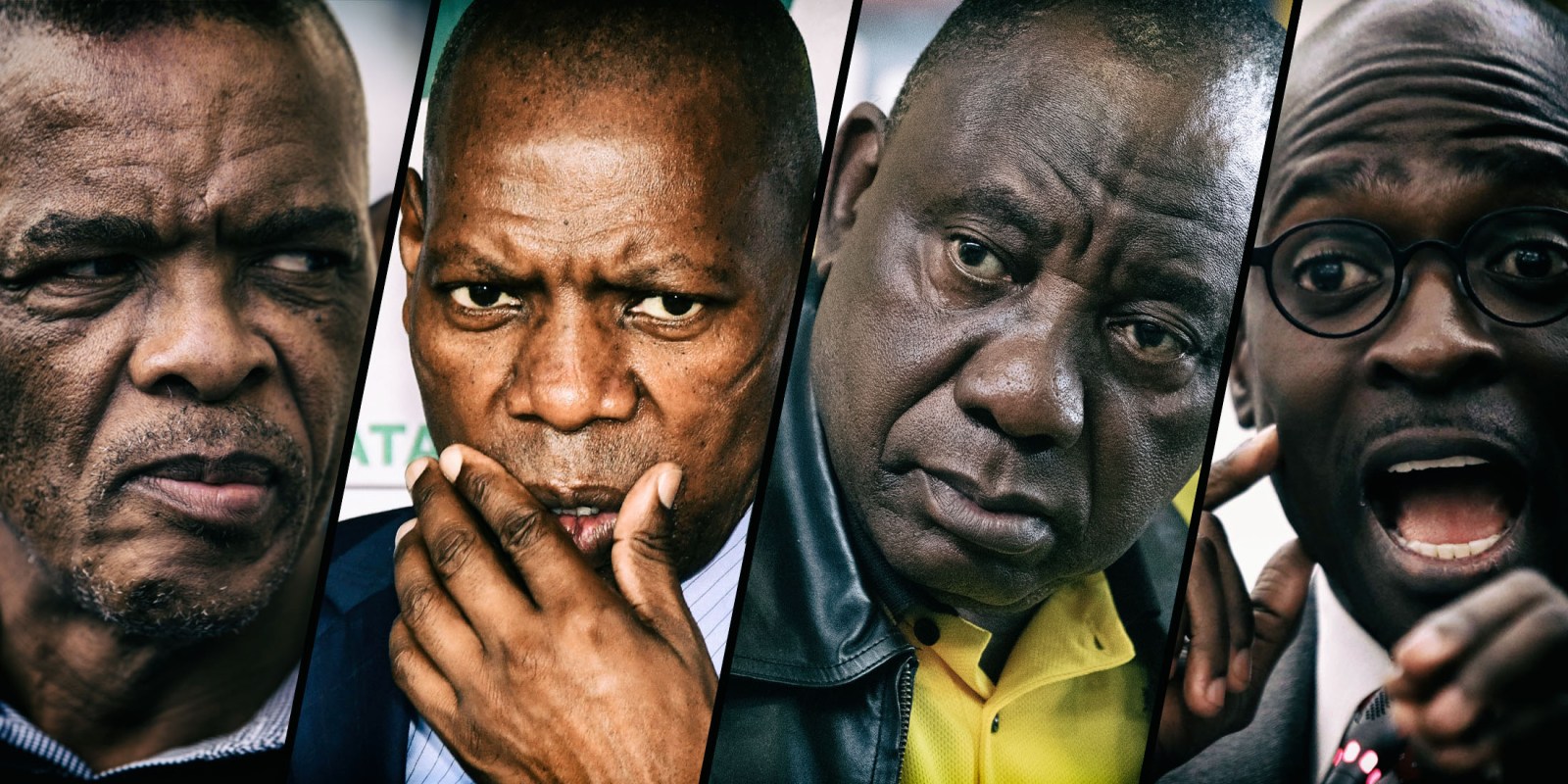 A dominant dynamic within our politics over the past two years has been the debate around the ‘step aside’ resolution. This is a major part of what the ANC claims to be its process of ‘renewal’. The problem is, a large number of NEC members will soon face Zondo Commission findings against themselves.

So far, the high point of this has been the acceptance that people who are criminally charged with wrongdoing must step aside. This resulted in the suspension of the party’s secretary-general, Ace Magashule.

But it would appear that the road to renewal ends there. There are people in top positions in the ANC who face serious claims of wrongdoing against them. While they have not been charged, there is strong evidence, which has been seen by voters, that they have taken money corruptly, or money they had no right to. The Zondo Commission has put this into stark relief. If it makes findings against these people, a key question will be how can they remain in the party’s National Executive Committee (NEC).

On Monday night last week, President Cyril Ramaphosa promised voters that the ANC would fight corruption. He told people that the party had failed in some areas, but deserved another chance.

On Wednesday night he said that former Health Minister Dr Zweli Mkhize had performed well at the start of the pandemic, and that it would be wrong to go “gung-ho” to condemn him.

This is despite the Special Investigating Unit confirming the Daily Maverick’s Pieter-Louis Myburgh’s extensive reporting that Mkhize played a critical role in the scandal, and his associates and family benefitted from it.

This raises the critical question: is the ANC speaking the truth about its process of renewal, and how do voters assess it?

Mkhize himself is an important example of this. While he did resign as health minister hours before Ramaphosa announced a Cabinet reshuffle, there has been no public suggestion that he is considering resigning from the ANC’s NEC.

Mkhize is not alone. There are many other people in the NEC who face serious and credible claims of wrongdoing.

Much of this evidence has been heard by the Zondo Commission, which is due to release its final report before the end of the year (its current term ends on December 31).

This raises the question of whether people, who are still on the NEC and are implicated in wrongdoing by the commission, will resign.

If they do not, it could suggest that there is not much prospect of the ANC actually completing, or even continuing, its process of “renewal”.

The number of people implicated could even lead to a significant change in the balance of power in the ANC.

Zizi Kodwa has had to explain why he took money from the company EOH, explaining that he still intends to pay back R1-million. This is a deputy minister of state security who owes a private business person a large amount of money.

Bongani Bongo was acquitted by Western Cape Judge President John Hlophe of charges of trying to bribe a parliamentary official. The NPA has said it will challenge that acquittal in an appeal.

But the commission has heard that he tried to weaken investigations into the State Security Agency.

Nomvula Mokonyane has had to explain why she took money, food, alcohol and a birthday party from Bosasa. This may turn out to be impossible.

David Mahlobo, who is still Deputy Minister for Water and Sanitation, faces a string of claims against him for his role as State Security Minister.

Perhaps the most damaging is the evidence that he simply walked out of the intelligence headquarters carrying millions of rand, as difficult it is to believe in a law-based democracy. The amount: R80-million, all of it signed for by Bongo.

Former mineral resources minister Mosebenzi Zwane has tried to claim he allowed a member of a choir to access his tablet while he was a minister. He has been implicated in helping Guptas make a deal with Glencore to sell the Optimum coal mine.

Siyabonga Cwele, a former minister of state security and of communications, has been accused of shutting down an investigation into the Guptas. It is possible that he will face findings that the role he played in this process ensured the Guptas were able to get away with State Capture, and that it was because of him that they were not stopped.

And then there is Faith Muthambi. Government spokesperson Phumla Williams told the Zondo Commission that Muthambi “wanted to steal at all costs” while communications minister.

She is also clearly responsible for the insurmountable problems the SABC faced and has never been held accountable for the fact she appointed, promoted and protected Hlaudi Motsoeneng for so long. Or for her role in the dealings around digital transition. Or the role she played for the Gupta interests.

While this is not an exhaustive list, the example of Malusi Gigaba cannot be forgotten. There is clear evidence that he took cash from the Guptas, lied to a court, and played an important role in enabling State Capture.

Malusi Gigaba & The Art of Lying for a Living

And he was able to use the Hawks to arrest his former spouse simply for his own ends.

The ANC speaks about “renewal” but there is no public indication that it is contemplating removing Gigaba from its NEC.

Mduduzi Manana beat a woman in a parking lot outside a nightclub and yet is still in the most important decision-making body (between conferences) of the governing party.

It is hard to imagine a man in a large Sandton corporation being able to remain in his office after committing a similar crime of violence against a woman.

Tina Joemat-Pettersson presided over the Energy Ministry when the Strategic Fuel Fund sold its stocks of oil as international oil prices hit rock bottom, and the only way was up. Vendors and middle-people were going to make millions.

While she claimed this was only a “rotation” of oil stocks, a claim so ridiculous that it was simply laughable, the deal was eventually reversed by a court.

Despite this, she received a payment from her ministry when she left office. It has never been satisfactorily explained why the department decided to divert R2.1-million from its budget for solar water heaters to her own personal purse.

There has been widespread anger and frustration at the Digital Vibes scandal. Expert after expert has explained how it hurt the government’s response to the pandemic. If the ANC is able to hold Mkhize accountable for what happened, this may be an important turning point in what it claims is a process of renewal.

But a bigger turning point will be the way in which it reacts to the release of the Zondo Commission report. If it is able to remove people from its NEC implicated in wrongdoing, then it may be able to claim that it is changing.

Until then, people will struggle to believe anything that comes from the governing party. DM