Spy watchdog Dintwe spells out how Bongo and Fraser tri... 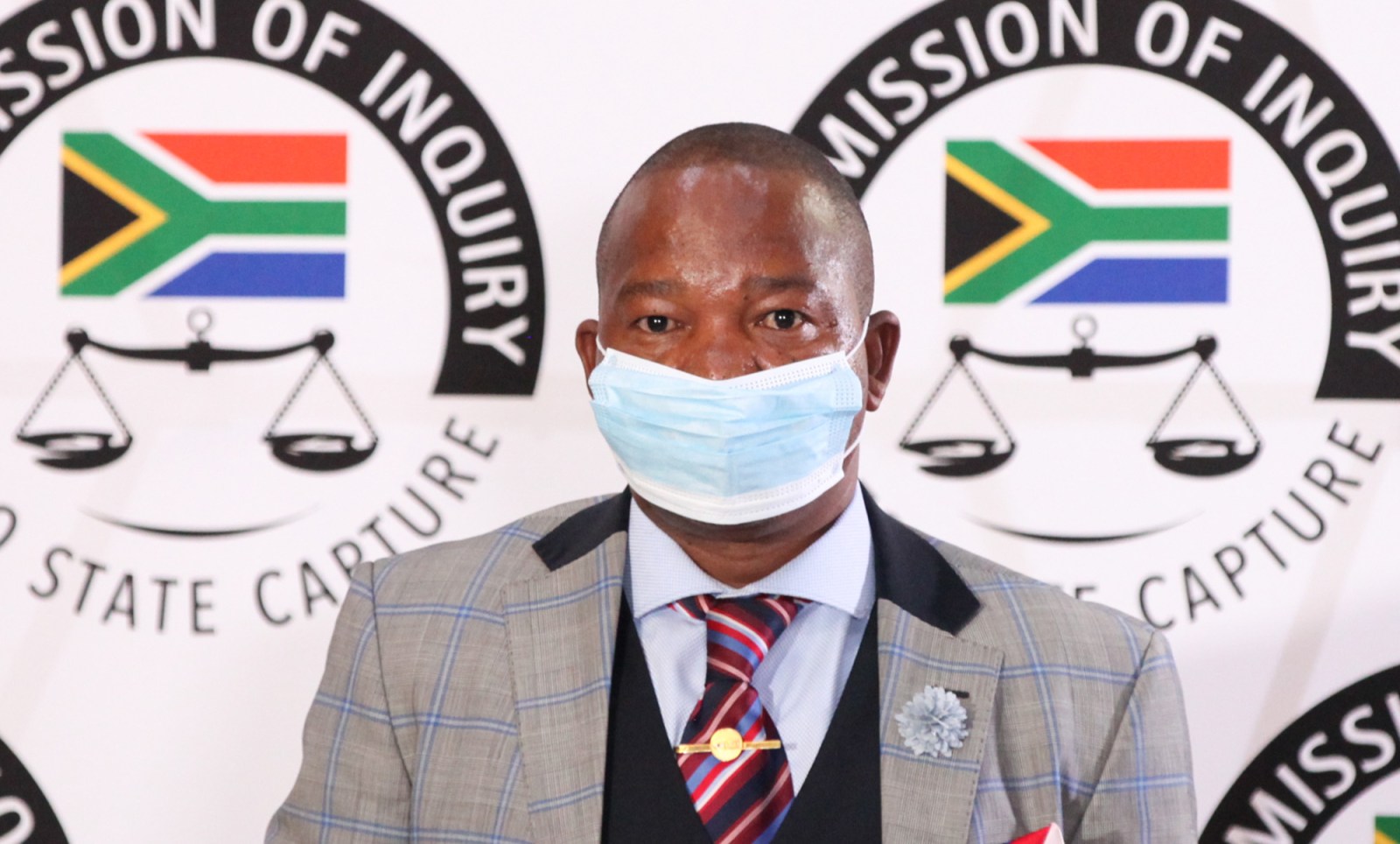 Details of how former state security minister Bongani Bongo and State Security Agency (SSA) director-general Arthur Fraser tried to neutralise the power of the Office of the Inspector-General of Intelligence were heard by the Commission of Inquiry into State Capture on Wednesday evening.

Appearing before commission chair Deputy Chief Justice Raymond Zondo for the second evening session in a row, Inspector-General of Intelligence Dr Setlhomamaru Dintwe, whose office has a constitutional mandate to provide civilian oversight of South Africa’s intelligence services, said the attacks against him started almost as soon as Bongani Bongo was appointed state security minister in October 2017.

In March of that year, Dintwe stepped into a position that had been vacant for 22 months, a period during which structures within the SSA worked to benefit then president Jacob Zuma to the detriment of the nation.

The Inspector-General of Intelligence keeps the SSA, as well as the intelligence services of the police and defence force in check, with the incumbent appointed by a two-thirds majority in Parliament, and answerable only to Parliament through the Joint Standing Committee on Intelligence.

Prior to Dintwe being voted into office by Parliament in November 2016 – but only appointed by Zuma four months later – Zuma ally the late Faith Radebe held the position from 2010 to 2015.

It seems Dintwe’s focus on actually doing his job put a target on his back.

He said “concerted efforts” to remove him from office came within weeks of Bongo being appointed Minister of State Security. Evidence he presented suggests Bongo – who was arrested on charges of corruption in 2019 and later acquitted by controversial Cape Judge President John Hlophe – and his then director-general, Arthur Fraser, launched a twin-pronged attack.

Bongo, according to Dintwe, tried a legislative approach to negate his oversight powers, while Fraser tried to hound him out with unfounded and illogical accusations. He happened to have been investigating a complaint in which Fraser played a central role, filed by DA politician John Steenhuisen.

When Bongo was appointed, “he clearly had an instruction”, said Dintwe, and one of the first things he did was amend the Ministerial Powers of Delegation in an attempt to reduce the Inspector-General of Intelligence’s position to be on par with that of a Deputy Director-General. This meant Dintwe would be subordinate to Arthur Fraser. Bongo also tried to delegate that the Director-General would have the power to appoint an acting Inspector-General of Intelligence in Dintwe’s absence – with no qualification of the length or reason for such an absence.

Dintwe stood firmly against this as these Ministerial Powers of Delegation contravened the acts with which they had to align.

“No one can appoint someone to act in my position. I’m the only one who can do that,” he insisted.

“It was straightforward these were the people who wanted to action something. They were preparing the ground so, when I’m not there, there will be Ministerial Powers of Delegation in place that say Arthur Fraser can appoint an acting IGI.”

At the same time as Bongo’s manoeuvre – early November 2017 – Fraser told him the ANC caucus in Parliament had ordered he stop the investigation he was conducting.

The investigation, said Dintwe, was to do with why the recommendations resulting from Radebe’s investigation into the SSA’s Principal Agent Network had never been implemented, and were as a result of a legitimate complaint laid by the DA’s Steenhuisen.

Fraser was a key suspect in the Principal Agent Network investigations.

Dintwe said in that meeting he told Fraser “you are not my messenger and not even my supervisor. I report directly to Parliament”.

Thereafter, he started receiving a flurry of letters from Fraser, the first one being on 8 November, in which Fraser stated his counterintelligence mandate meant all classified information received by Dintwe’s office needed to be handed over to him.

He comes there and puts it on the table, somehow violently, and says ‘Sir, I have decided to revet you’. I took the letter, put it aside and said ‘I will see that when I get back to Pretoria’. He left my office an angry man.

This clearly flew in the face of the role of the Inspector-General of Intelligence, who was invested with the power to demand any document held by the state.

Refusal led to further letters repeating the demand, and then shifting to threats to revet Dintwe’s top-secret state security clearance.

Dintwe said on 15 November he happened to be away from Pretoria and in Cape Town when Fraser delivered another letter in person, stating the SSA would be revetting him.

“He comes there and puts it on the table, somehow violently, and says ‘Sir, I have decided to revet you’. I took the letter, put it aside and said ‘I will see that when I get back to Pretoria’. He left my office an angry man.”

Dintwe said as he was boarding the plane back to Gauteng, he received a call from an SSA employee wanting to make arrangements for the revetting process.

By 3 December, Fraser had escalated matters to declaring an investigation into Dintwe for leaking a classified report and not cooperating with the SSA’s revetting efforts.

The alleged leaking of classified information was based on a Sunday Times report of the same day claiming that the Inspector-General of Intelligence had leaked reports completed four years prior.

It appears to have been this story by Jacques Pauw.

Matters culminated in Dintwe receiving another letter from Fraser on 28 March 2018, informing him his security clearance had been withdrawn with immediate effect because he had failed to disclose classified information he had received, had obstructed the administration of justice and failed to submit to revetting.

With no security clearance, he was unable to do his job, and on 5 April he was barred from his office.

Further, an email was sent to Dintwe’s executive committee telling them they were not allowed to communicate with their Inspector-General. This also meant the investigation into Fraser and the Principal Agent Network was halted as the investigation could not even be delegated to other officers.

This was when Dintwe approached the high court, resulting in the then state security minister Dipuo Letsatsi-Duba intervening virtually on the court steps and reinstating Dintwe to his office.

Fraser was shifted to Correctional Services.

Dintwe will appear before the commission once more, at a date to be announced.