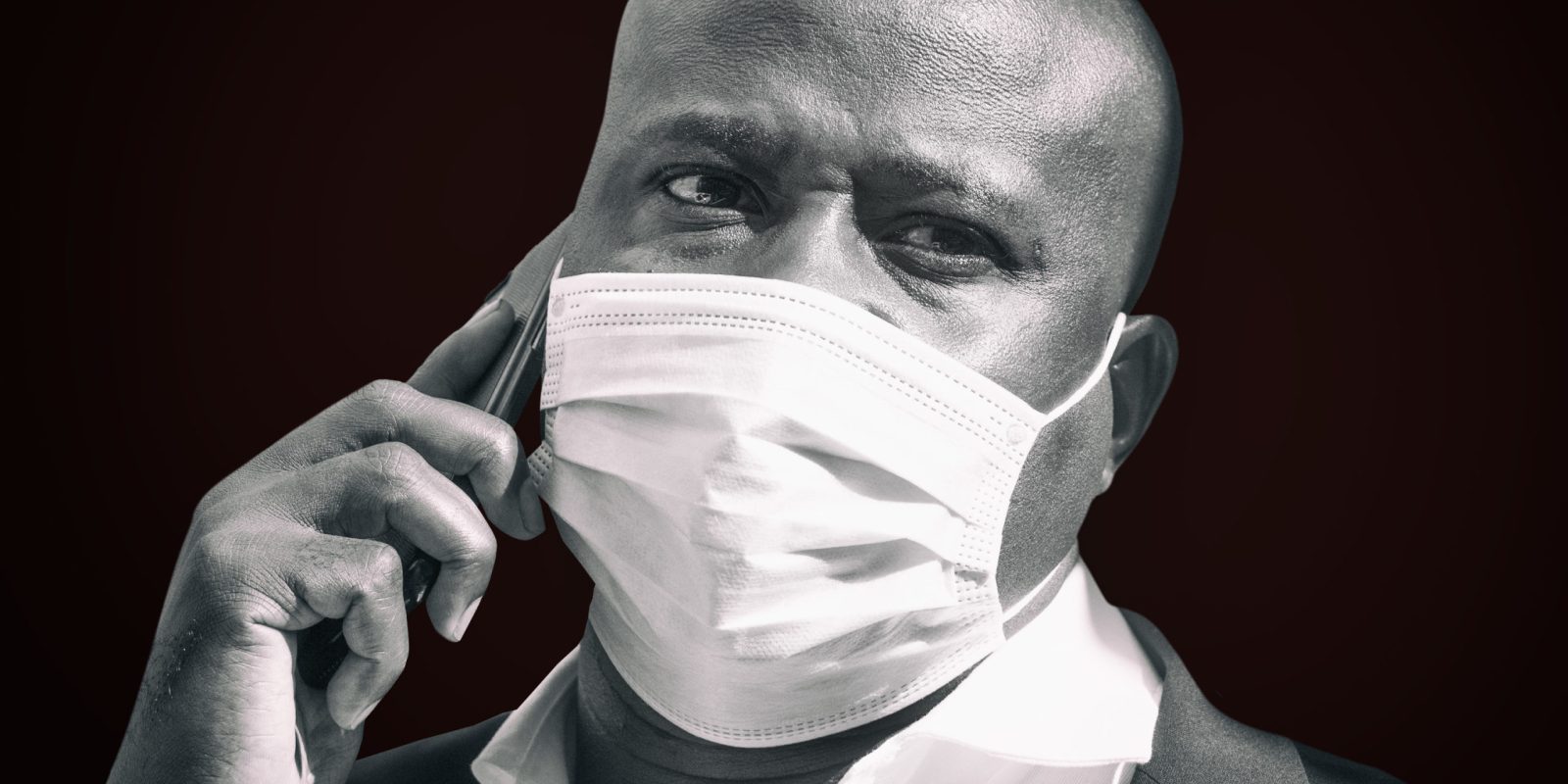 Many will say that a ruling by a judge facing not one, but two inquiries at the Judicial Service Commission cannot be trusted. Others will use it to declare that the principle of ‘innocent until proven guilty’ is violated should the ANC suspend its members accused of crimes.

On Friday the Western Cape Judge President, John Hlophe, ruled that the prosecution in the case of former state security minister Bongani Bongo did not have a case against him, in the allegation that he had attempted to bribe a senior official to stop Parliament’s Eskom Inquiry.

The ruling lands like a grenade in a set of dynamics involving the excruciating debate over the ANC’s “step aside” resolution, the recent attacks on the judiciary, and more importantly, the National Executive Committee’s (NEC’s) position on the corruption case against ANC Secretary-General Ace Magashule.

Perhaps more importantly for the judiciary, the ruling also involves the embattled Hlophe himself, a judge who has been accused of assaulting another judge and lying about it, and claims that he himself was involved in a case concerning his own attorney, Barnabas Xulu.

More than anything, this set of extraordinary events reveals the toxic nature, and how deep their roots are, of the problems South Africa faces.

In the case of Hlophe, the first allegations of wrongdoing date back to 2008, but it was only in December 2020, 12 years later, that the Judicial Service Commission (JSC) finally held a hearing into whether he had tried to influence Constitutional Court judges in cases relating to the now former president Jacob Zuma.

In the case of the ANC, the party leadership has been wrestling with corruption issues and whether its members should step aside, from at least 2015 – but in some ways even earlier than that.

The case against Bongo was, in short, that he had approached Ntuthuzelo Vanara when he was the evidence leader of Parliament’s Inquiry into Eskom in October 2017. The claim in public was that Bongo had offered Vanara a “blank cheque” to claim that he was ill and could not continue with the inquiry in a bid to stop it from proceeding.

Vanara refused the alleged offer, and the inquiry itself led to damning evidence being heard in public, just ahead of the ANC’s Nasrec conference in 2017 that saw Zuma’s faction lose control over the party and Cyril Ramaphosa ascend to the SA presidency two months later.

Hlophe was writing a ruling to a “174 Application”, a claim made by the defence in many cases after the prosecution has presented its evidence. The argument is that the prosecution has not offered enough evidence to secure a prosecution, that there is no case to answer, and thus the defence does not have to even offer up a response. In short, it is a common procedure that allows a defendant, in this case Bongo, not to have to testify under oath.

In his ruling, Hlophe said:

“The difficulty with Mr Vanara’s evidence is that having a discussion about delaying or collapsing a parliamentary process is not unlawful in terms of the act. The act is very clear that only when an offer of gratification is made in exchange for a proscribed act, ie, the delay or the collapse of the inquiry committee, in favour of Mr Vanara or any other person, only then it becomes a crime.”

There are other aspects of the judgment, in particular that there were no other supporting witnesses (there is a specific legal definition around when a finding can be made when there is only one witness to a conversation) and the fact that Vanara did not report, and has not reported the matter to the police.

The National Prosecuting Authority (NPA) has not said whether it will appeal against the ruling.

Despite the finding, some may feel Bongo still has questions to answer.

A legal finding that he did not offer money does not make him innocent of trying to derail the inquiry. And why did Bongo’s defence advocate bring up claims that Vanara’s wife lodged a case against him (Vanara) several years ago? How did he know that this had occurred when it was not public knowledge and no court case had ensued? And did Bongo abuse his former office of state security minister to find out this information?

The political implications of this ruling could be immense.

At the moment, Magashule is facing political pressure to step aside under the ANC NEC’s resolution that those facing corruption charges must relinquish their positions until their names are cleared.

This Bongo ruling is bound to strengthen those who support Magashule: they will say this proves that people who are forced to step aside can have their names cleared by a court later, and thus would suffer unnecessary political harm.

It is possible that some will say the NPA is being used as a political tool, that it could charge people so that they are forced to step aside when a judge or a magistrate will clear their name in the end, but the harm would have been done.

Amid all of this is will be the oft-repeated claim by Zuma & Co that someone is “innocent until proven guilty”.

And thus, for all of these reasons, that Magashule should not be forced to step aside while he faces charges.

At the same time, there is the dynamic that has seen Zuma and EFF leader Julius Malema making claims that some judges have taken money to sway their rulings.

No evidence has been offered to support these claims.

While it cannot be claimed that Malema and Zuma and Bongo are all completely linked to each other, it would seem Bongo would have been acting in Zuma’s interests to ask Vanara to stop the Eskom Inquiry.

This finding might well lead to suggestions that those who back Bongo and Magashule and others in what is often called the “RET faction of the ANC” cannot welcome this judicial ruling while at the same time making claims about the judiciary.

Then there is the person who made this finding: Hlophe himself.

Many say that his ruling cannot be trusted. He is a judge facing not one, but two inquiries at the JSC (one for the allegations that he tried to influence Constitutional Court judges, the other for his alleged assault of Judge Mushtak Parker and other issues arising from that situation).

It was Hlophe, as Judge President of the Western Cape, who made the decision to hear the Bongo case himself. And he made the quick decision that Bongo has no case to answer.

This will inevitably lead to claims that Hlophe is lending judicial support in a political fight for the future of the ANC. Additionally, were he ever to be impeached after a JSC hearing, Parliament would have to vote to remove him, and the support of ANC MPs there would be very helpful.

Hlophe has only himself to blame for this perception. He could have assigned the Bongo case to another judge – it was always foreseeable that he would make a finding that Bongo was innocent and there would be ramifications that would stem from that.

In the past, he has been accused of using his position in a way that is counter to the interests of justice in that he told Parker to stay on the Bench despite the JSC saying he should be suspended.

But Hlophe’s supporters would say that as the Judge President he should hear the high-profile cases himself and that Bongo’s case very much fitted the definition of high profile.

They might also say that Hlophe has never been afraid to take controversial decisions in the past. For example, many years ago, he ruled that unions must be held liable for the damage caused during protests that they organise.

This was a very controversial issue at the time, involving a Cosatu/ANC-aligned union, Satawu, and its supporters, who caused damage in Cape Town’s CBD.

Taken together, all of these events and dynamics demonstrate the incredible complexity and toxicity of the web of problems that the ANC, and by extension South Africa, faces.

In the meantime, governance will continue to be chaotic. And there is still no sign of any central political authority asserting itself.

This ruling was a true political hand grenade. DM