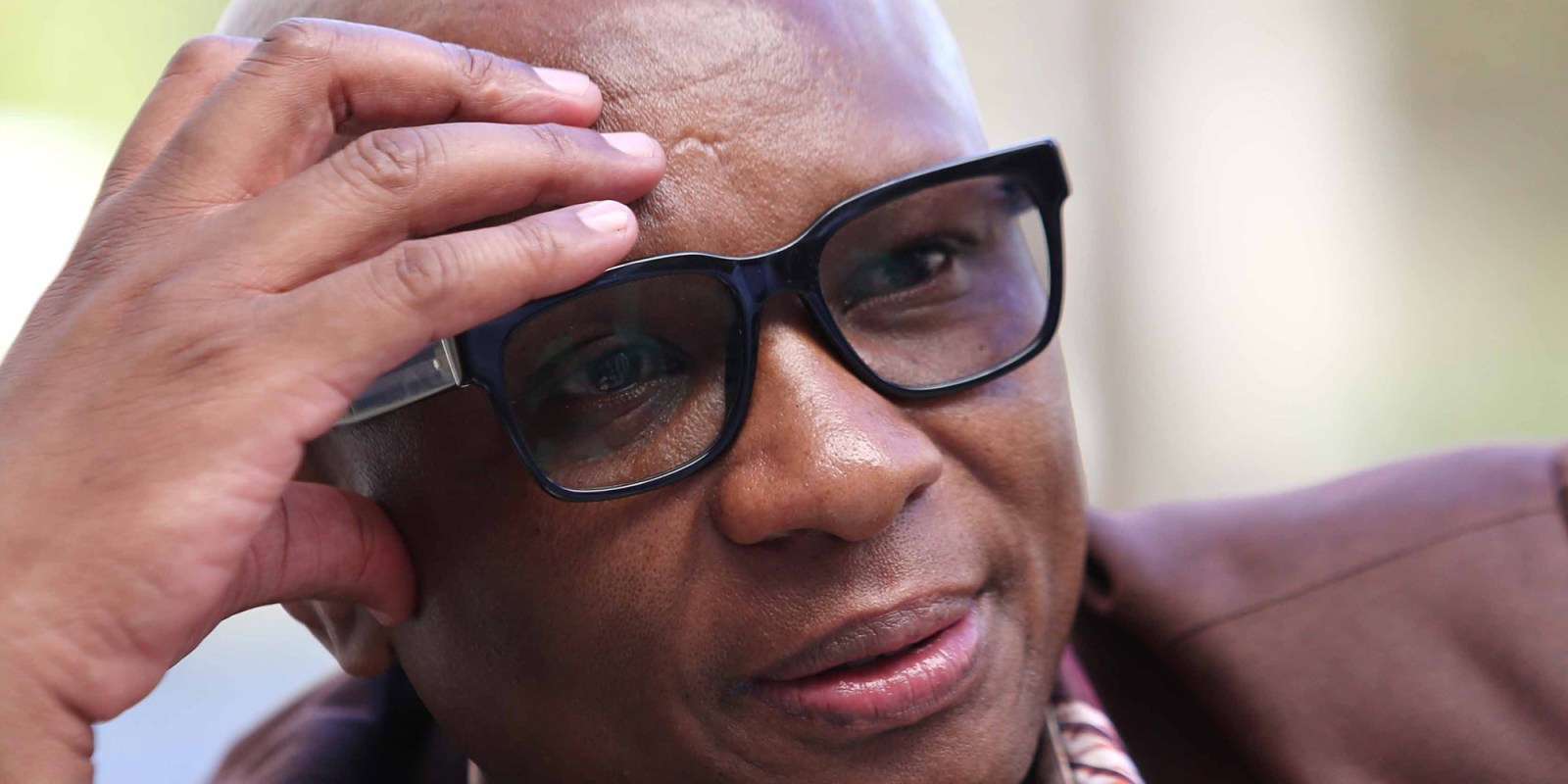 Deputy State Security Minister Zizi Kodwa has acknowledged that he and other ANC leaders could have done more to avoid creating the perception that he was involved in wrongdoing, but he was adamant that the money he received from a former EOH executive was not in exchange for influencing tenders.

Deputy Minister of State Security Zizi Kodwa appeared at the Zondo Commission on Monday to testify about his relationship with former EOH executive Jehan Mackay, who allegedly played a leading role at the tech giant while it made large donations to the ANC and paid multiple party leaders while it bid on government tenders.

Kodwa testified that he met Mackay in 2013 and the pair became friends. In 2015, Mackay gave Kodwa R1-million and Kodwa used R890,000 of it to purchase a Jeep vehicle. Kodwa, who was then the national ANC spokesperson and an NEC member, said he was struggling financially at the time.

“I confirm this was a loan from a friend and no strings attached. I obtained it at a time of financial difficulty and would not have been able to secure a bank loan,” Kodwa testified.

Mackay offered to help him with a loan. Although Mackay sent Kodwa a draft loan agreement from his EOH subsidiary, Tactical Software Solutions (TSS), Kodwa said they never signed an official agreement nor discussed whether interest would be added to the repayments.

Kodwa is yet to make a repayment on the R1-million loan. He said Mackay understood he would repay it when he found secure employment. Kodwa claimed that his position as deputy minister, with a salary of almost R2-million a year, is not secure as he can be removed at any time.

Kodwa was adamant the R1-million was a loan from Mackay, but TSS accounted for it as an expense on its attempts to secure tenders.

Mackay also sent invoices to EOH for R656,200 for accommodation he had arranged for Kodwa in 2015 and 2016, which, again, was listed as expenses for securing government contracts. Kodwa said that on multiple occasions he asked Mackay for accommodation when he travelled to Cape Town and he often stayed at his friend’s home or what he believed were his properties.

When Mackay was unable to host Kodwa, he would arrange other accommodation. Kodwa said he was under the impression that he was staying at Mackay’s properties, but Mackay billed EOH for his stays, even when Kodwa stayed at Mackay’s own house.

EOH appointed ENS forensic investigator Steven Powell to investigate corruption allegations at the tech company and Powell has testified that Kodwa stayed, on EOH’s bill, at luxurious establishments such as Villa Barbados in Camps Bay.

Kodwa suggested Powell was racist for emphasising the luxury accommodation that Mackay sponsored. At the time, Kodwa didn’t question his friend’s largesse. He plans to question how such situations might create a perception of wrongdoing.

“The difficulty about hospitality [is] if you visit me, I [might] decide to do this extravaganza, I slaughter a goat. I can’t say, ‘No, slaughter a chicken.’ It’s hospitality,” said Kodwa.

Around the same time that Mackay gave Kodwa R1-million and charged more than R600,000 in expenses to EOH for the then ANC spokesperson’s accommodation, Mackay was emailing Kodwa to inquire about government tenders EOH was trying to secure from the Eastern Cape Department of Education, Sassa and the Department of Home Affairs.

Kodwa said he told his friend that he refused to get involved in government tenders and neither he nor the ANC could influence the tender adjudication process.

At one point, Kodwa was forwarded correspondence from EOH employees suggesting that the Eastern Cape ANC was pressuring the company to sponsor a conference and donate R1-million in exchange for a tender.

“The ANC is an organisation organising a meeting. It would not get involved in tender procurement of government,” said Kodwa.

He claimed he drew a line in the sand, but Mackay kept emailing him about tender issues and in one email Mackay asked about funding an ANC region directly after inquiring about a tender that EOH was eyeing.

Evidence leader Matthew Chaskalson SC said, “We’ve seen in the accounts of EOH [Mackay is] consistently recording payments to the ANC, accommodation payments in respect of your payments, as costs relating to tenders. So it seems to me that if you did convey the message to him that you didn’t want to get involved in any EOH tender business, either he didn’t get the message or he was misrepresenting the situation to his colleagues at EOH.”

Kodwa said business leaders are very persistent, particularly when it comes to trying to influence those they believe have access to power. According to Kodwa, the pair remain friends despite Mackay’s persistence. He suggested they are still friends, particularly as Kodwa never got involved in the tenders.

Chaskalson asked whether the deputy state security minister might be beholden to Mackay, who may try to claim the R1-million Kodwa owes him. Kodwa admitted he cannot currently pay the debt and Mackay, if he chooses, could seek to have Kodwa declared insolvent, which would preclude him from serving in Parliament. Kodwa denied his friend would take such action.

“If we’re talking at the level of perceptions, there is a very real risk that Mr Mackay may threaten to do that which you think he won’t do and because he holds power over you in that respect, the public can never be completely confident that he’s not exerting that power to make you do things that you don’t want to do that to me seems to be the real problem,” said Chaskalson.

He added, “I want to put to you that it is an untenable position to have a deputy minister of intelligence who is beholden to a person who is at serious risk of prosecution for fraud and corruption.”

“These payments to me or the ANC were not corrupt or designed to influence any tender process or encourage any unlawful acts by our members who work within the state.”

While denying all allegations of wrongdoing, Kodwa emphasised the need to avoid creating the public perception that he and other ANC leaders are involved in corruption.

No direct evidence has been presented at the commission to suggest Kodwa acted on Mackay’s calls to influence tender decisions, but EOH’s CEO Stephen van Coller, who launched investigations into the wide-ranging allegations when he was appointed in 2018, has admitted corruption was rampant under his predecessors.

Kodwa isn’t the only ANC leader who allegedly benefited from EOH and Mackay’s apparently ruthless drive to win tenders. Johannesburg Mayor Geoff Makhubo also benefited handsomely from his relationship with the company while the city awarded hundreds of millions in contracts to EOH.

Following Kodwa’s testimony, digital forensic investigator Lance Poon testified on the origins of letters drafted ahead of the suspension of four top Eskom executives in March 2015. The commission has heard allegations that former executive Matshela Koko had prior knowledge of the suspensions, which included him and three colleagues.

Poon was asked to investigate the origins of four pre-suspension letters which were addressed to each executive and included specific allegations of alleged misconduct. The letters were never sent, but there’s evidence to suggest Gupta associate Salim Essa modified the drafts.

Poon said he found at least one of the pre-suspension letters on Koko’s computer. It appeared to be a modified copy of another suspension letter Koko issued to an employee weeks earlier, but this time it spoke of Koko’s own suspension. It was last modified on 10 March 2015 at around 3:15pm.

At around 6:30pm on the same day, computer backups of the former Eskom board member Zethembe Khoza’s machine show he had accessed all four pre-suspension letters. Poon said that in between Koko’s modifications hours earlier and Khoza’s access of the documents, someone using an Apple device had stored or modified the documents before they reached Khoza, most likely via a USB.

The commission has heard suggestions that the person using an Apple might have been Essa. Koko is alleged to have met Essa roughly around that same time, which gives credence to allegations that he was part of a plot with Essa to suspend the four executives. He was the only one of the four to return to work at Eskom.

When he returned to Eskom in July 2015, Koko repeatedly emailed confidential information to the infamous “infoportal” email address, which most likely belonged to Essa. Koko has adamantly denied he conspired with Essa or the Guptas and claimed his former colleagues have implicated him to divert attention from their own alleged wrongdoings. DM