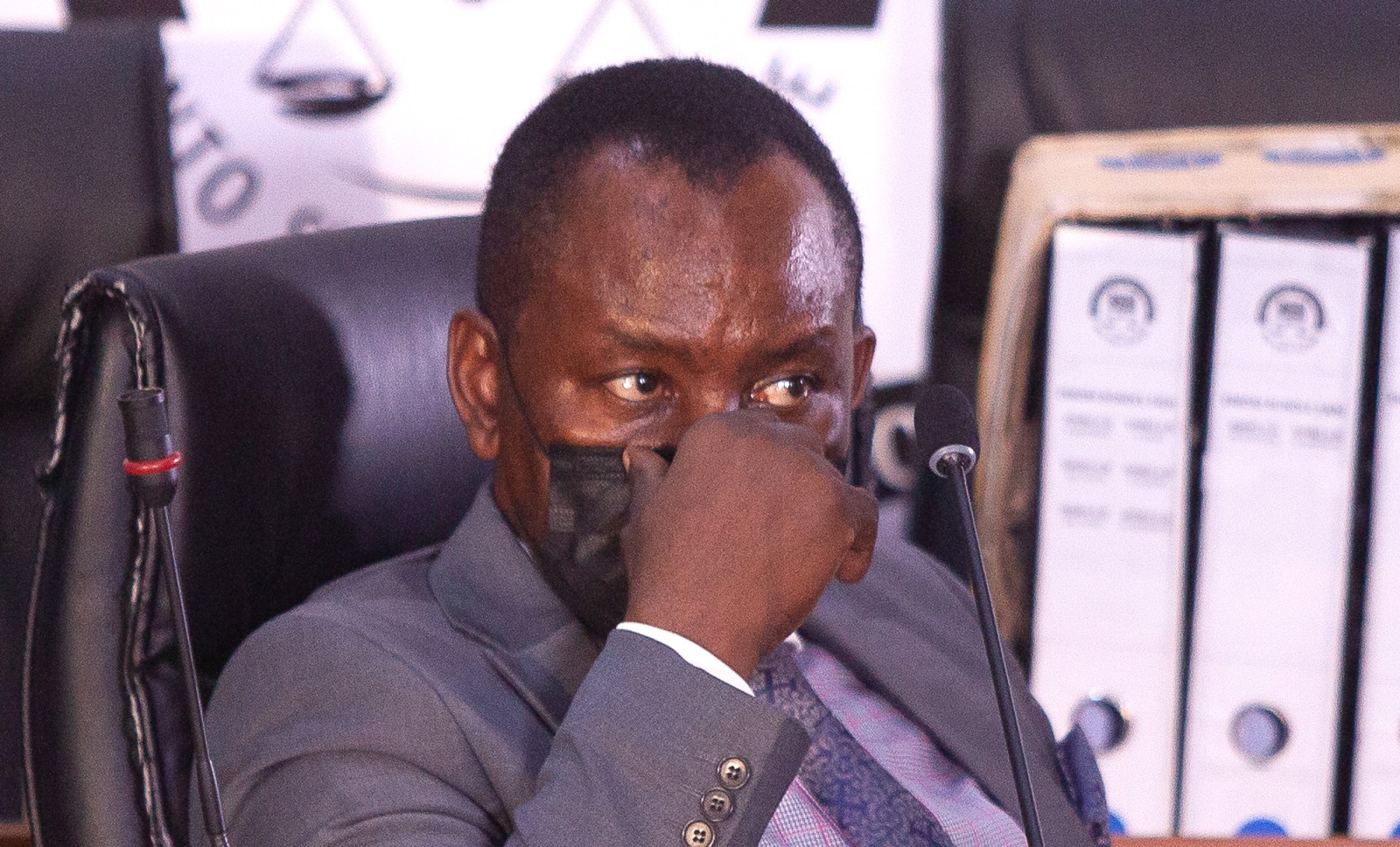 Former Cabinet minister Mosebenzi Zwane has maintained he did not corruptly benefit the Gupta family, but his testimony at the Zondo Commission continues to beggar belief.

Mosebenzi Zwane served as Free State agriculture MEC when he flew to India in October 2012. He was on the same flight as the Umsingizane Gospel Choir. He helped form the choir and had recorded a number of songs with the group.

Members of the choir and Zwane’s staff used his iPad and email account to arrange their accommodation in India. The travel and accommodation details were forwarded to Ashu Chawla, who worked for Sahara Computers, owned by the Gupta family, who appear to have paid for the choir’s trip.

In those emails from Zwane’s private account, Zwane was listed as one of the choir members who was due to visit India. Returning to the State Capture Commission on Thursday, he maintained he did not travel as part of the group.

“It seems that your stay in India was more or less the same duration as the choir,” noted Deputy Chief Justice Raymond Zondo.

Zwane said it was purely coincidental that he was on the same flight as the choir and he had no knowledge of the emails sent from his iPad or why he might have been included in the choir’s itinerary.

He was in India to meet three state agriculture ministers and the CEO of a company the Free State was in business with, or so Zwane claimed.

Zwane, who later became Free State economic development MEC, and mineral resources minister, said his trip to India had been approved by then premier Ace Magashule and paid for by the Free State government.

At times, however, Zondo seemed bewildered by his explanations.

One of the primary reasons for his visit was supposedly to meet with the CEO of Paras Dairy, an Indian dairy company. Zwane said he thought Paras was working with the Free State government on its Vrede dairy project, meant to benefit about 80 emerging black farmers.

He wanted to visit the company as part of his oversight role, but the meeting never happened. Zwane said the CEO cancelled due to an urgent engagement.

On his trip to India, however, Zwane met his choir “once or twice” and lunched with the group at Tony Gupta’s Indian residence. He had known Tony Gupta since meeting him at a The New Age event in 2010.

The Free State government wasn’t working with Paras. Early on in planning the Vrede project, Paras was proposed as a partner for the Gupta family’s Estina Dairy.

But, without going to tender, Zwane’s department signed unlawful contracts in June 2012 appointing Estina as a sole supplier to run the Vrede project. It gave Estina a R30-million prepayment to get them started.

The commission heard that Estina had one employee at the time, a former Sahara sales manager who had no farming experience.

Zwane had conceptualised the Vrede project in 2011 and the plan, he said, was close to his heart. But, he told an incredulous Zondo, he only learnt in around 2014 from an Auditor-General report that Estina rather than Paras had been appointed to run the project.

“There must be something terribly wrong if performance of the oversight function by the MEC does not enable him to discover that,” said Zondo.

The chairperson continued: “I’m sure, Mr Zwane, you can see the picture that emerges. You’re going all the way to India to meet with somebody that you believe is the CEO of the company that the department has an agreement with. Actually, it’s wrong. There’s no agreement, but here is Estina locally. You don’t know about them, you don’t go and do oversight there.”

How is it possible that somehow the MEC, whose project this is, really, doesn’t know about the involvement of Estina?

“How would it be possible that you are the only one from whom this information about the involvement of Estina is withheld when everybody else is getting documents from Estina?” asked Zondo.

“How is it possible that somehow the MEC, whose project this is, really, doesn’t know about the involvement of Estina?”

Zwane said it is not the job of an MEC to get involved in such contracts and essentially he could not have found out what he didn’t know. Zondo said that Zwane had a responsibility to find out what was happening with the Vrede project.

Seleka suggested that perhaps Zwane didn’t drop the ball and knew what was happening all along. He probably knew the contracts were signed in June and that Estina received a prepayment. Zwane visited Vrede multiple times while the unlawful project was underway.

Zwane admitted the Vrede project was poorly managed, while maintaining that it still had a positive impact on Free State farmers. He denied it was designed to benefit the Guptas.

The Free State government paid Estina R174-million for the Vrede project, while the emerging black farmers who were part of the programme saw none of the promised benefits.

During his last appearance at the Zondo Commission, Zwane testified that he had never received payment or favours from the Guptas. However, he admitted that he took flights on their private jet in December 2015 to and from India after meeting Glencore’s Ivan Glasenberg in Switzerland with the Guptas, who wanted to buy Glencore’s Optimum Coal.

On Thursday, Seleka presented evidence from a staff member at Travel Excellence, the travel agency frequently used by the Gupta family and their associate Salim Essa. Under oath, the travel agent said she booked Zwane a ticket to India in September 2014, along with Tony Gupta and Essa.

In her statement, she included the flight details and a copy of Zwane’s passport. She said she had no interactions with Zwane and the arrangements for his trips were handled by either Essa or Chawla.

Zwane maintained that the Free State government paid for the trip, but as yet he has not been able to provide evidence to prove this.

Zwane, who has appeared in front of Zondo multiple times, was excused on Thursday. The commission will seek further answers from him in writing. Following his appearance, former Eskom executive Matshela Koko returned to testify at the commission in an evening session on Thursday. DM