Mosebenzi Zwane: I flew with the Guptas due to a throat condition, but I never asked anyone for favours 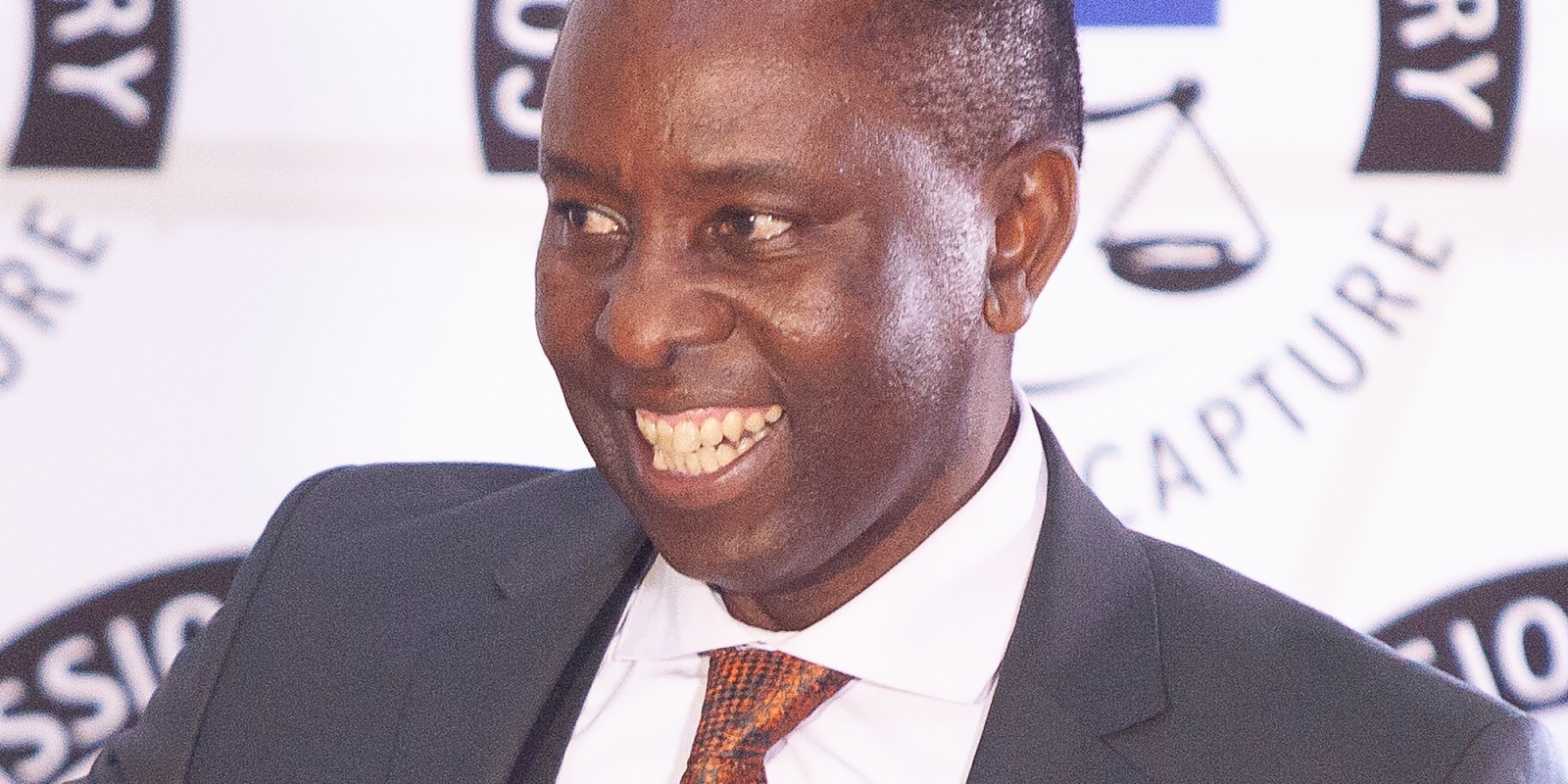 Former mineral resources minister Mosebenzi Zwane denies he ever acted on behalf of, or benefited from, the Gupta family. He does admit to flying on their private jet.

Mosebenzi Zwane has long struggled with a throat condition. It’s affected his work as a politician, with audiences often complaining about their ability to hear the former minister.

His throat particularly suffers in the cold and Zwane told the State Capture Commission that it was this condition that led him to take trips on the Gupta family’s private jet.

“There’s no trip pertaining to me that was paid by the Guptas or that I went to the Guptas and asked them to pay for me when I was a leader in any department. I’ve actually never asked anybody for a favour,” Zwane told Deputy Chief Justice Raymond Zondo during his fourth appearance at the commission on Tuesday afternoon, 27 April.

Hours earlier, Zwane explained that he’d asked the Guptas for a ride on their private jet from Switzerland to India in December 2015.

Zwane, who was mineral resources minister at the time, was in Switzerland to meet Glencore boss Ivan Glasenberg. Glencore had put its Optimum Coal into business rescue after Eskom CEO Brian Molefe refused to negotiate a higher coal price. Around 3,000 jobs were on the line.

Zwane flew to meet Glasenberg in Switzerland to discuss how to keep the mine operational and save jobs.

He has been accused of strong-arming Glencore to sell Optimum to the Guptas, acting in concert with Molefe, Eskom CFO Anoj Singh and others who allegedly made it impossible for Optimum to escape its loss-making position and force Glencore to sell.

The Guptas had already put in a bid for the mine and in his first meeting with the Glencore billionaire, Zwane was joined by Salim Essa, widely associated as a Gupta fixer, on behalf of the Guptas’ Tegeta Exploration and Resources.

Zwane said little was discussed in the first meeting as Glasenburg said Essa presented facts and figures on the loss-making operation and Tegeta’s bid.

Glasenburg did not have detailed knowledge of the situation and a meeting was set for the following day with Tony Gupta, Essa, Glasenberg and his South African representative Clinton Ephron, where they eventually reached a deal to sell Optimum to Tegeta, which Eskom eventually sponsored with a significant prepayment to Tegeta.

Zwane said he didn’t take part in the second meeting, except to introduce the parties, after which he went to another room. Glasenberg has told the commission Zwane did not try to pressure him into selling the mine to the Guptas, but said the minister said he was sure the parties would reach a deal.

Zondo questioned why Zwane travelled to Switzerland, considering he played no apparent role in the discussions. Zondo referenced testimony on former president Jacob Zuma’s son Duduzane’s regular attendance at meetings with the Guptas and high-profile individuals.

Multiple witnesses have testified that Duduzane Zuma was silent during those meetings. Zondo asked Zwane whether he might have been in Switzerland to “bring some subtle pressure”, which Zwane denied, maintaining he was there to save jobs.

“My version, chair, is that I was not married to any particular buyer. I was not even married to the mine being sold. In fact, if a mine is on [sic] liquidation, if I had any intention of letting this mine take another direction, why would I have gone and engaged Mr Glasenberg in finding a solution because there was already a buyer in the name of Tegeta,” said Zwane.

He maintained that he would never bow to outside pressure and always had South Africa’s people at heart during the saga.

“I want to reject the notion that I was brought as a stooge to try and do other things, especially this issue of Glencore,” Zwane told Zondo.

I thought, if I go through the commercial line I’ll have to explain myself here, I was not well, let me put it so. I thought, because these ones are going there I’ll get into this private jet of theirs, arrive in India and rest.

Zwane said he was due to travel to India on official department of mineral resources business after his Switzerland trip but his throat condition, which he did not define, flared up. He worried whether staff on his commercial flight would be able to understand his deteriorating voice.

When he heard the Guptas were also going to India on their private jet, he asked for a ride. “I thought, if I go through the commercial line I’ll have to explain myself here, I was not well, let me put it so. I thought, because these ones are going there I’ll get into this private jet of theirs, arrive in India and rest,” said Zwane.

He claimed he met with two potential investors in India before he had to have an operation on his throat in a public Indian hospital, which he said he paid for himself.

Zondo asked why he wouldn’t simply return to South Africa from Switzerland rather than go to India while ill and unable to work. Zwane said he was used to having to work through his throat challenges.

“I had to ask for a lift again from Tony [Gupta] to Dubai,” Zwane said of his return from India.

He said the Guptas flew him to Dubai and then he arranged his own flight back to South Africa.

Zwane served in multiple MEC positions under former Free State premier Ace Magashule before he was appointed by Zuma as mineral resources minister, a position he held from 2015 to 2018.

He has previously been questioned at the commission about his role in a failed R1-billion Free State housing scheme and the closure of the Guptas’ bank accounts. He’s implicated in the Free State government’s Estina Dairy scandal and its asbestos removal programme.

On Tuesday, evidence leader Pule Seleka SC tried to question Zwane on evidence that he benefited from his supposed relationship with the Guptas after giving the family the Estina deal.

Zwane admitted to helping establish a local gospel choir in Free State and he even featured on two songs on its album, before his voice “went”.

Zwane said he let the choir members use his devices to send emails as they did not have resources to make the arrangements. He could not explain how their India trip might have been funded, why they were communicating with employees of the Guptas’ Sahara computers, or how they might have Gupta associates.

According to emails revealed by the #GuptaLeaks, the choir stayed at The Oberoi, a favourite Gupta destination, in India. Zwane was listed on an itinerary as one of the choir members who would join the travels but he denied he was part of the trip.

He said he was in India at the same time on official business for the Free State government and went to see one of the choir’s performances.

Zwane also denied the Guptas or their associates booked him a first-class ticket to Dubai and onto New Delhi in September 2014, despite admitting that it was “possible” that he took the flights.

The information was revealed in the #GuptaLeaks, which Zwane did not want to comment on. That trip was allegedly booked by Travel Excellence, which has been linked to trips Essa supposedly booked for former Eskom executives Anoj Singh and Matshela Koko.

Zondo said the commission is in the process of verifying the leaked Gupta emails and asked Zwane to submit an affidavit on the related allegations within a week.

President Cyril Ramaphosa is scheduled to testify at the commission on Wednesday and Thursday. DM