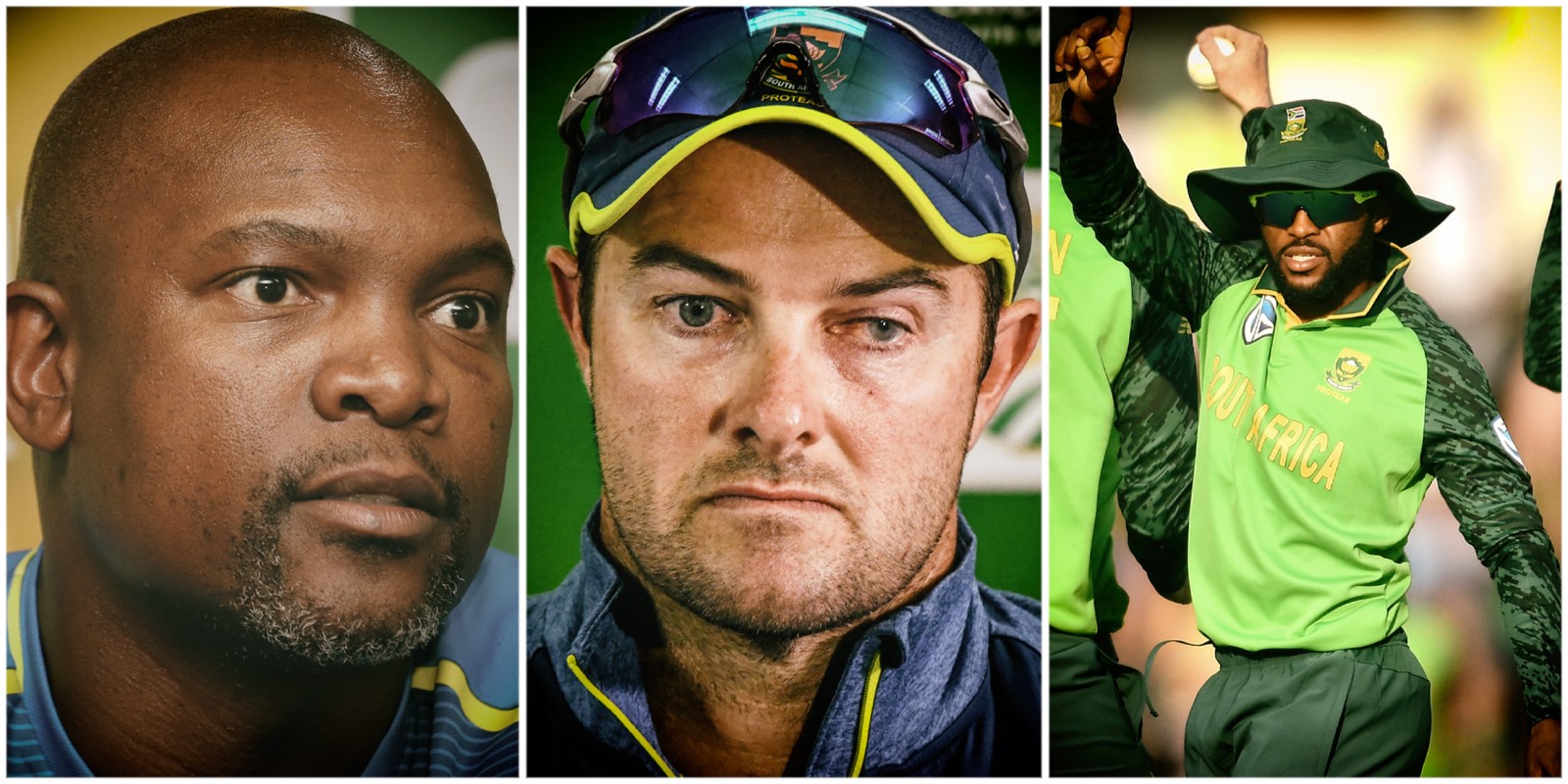 It was an eventful Monday in South African cricket as Proteas coach Mark Boucher’s response to allegations of racism made against him were made public. In the middle of all that, Boucher’s assistant, Enoch Nkwe, handed in his resignation.

Proteas coach Mark Boucher has become one of the first people to respond to allegations made against them during Cricket South Africa’s (CSA’s) ongoing Social Justice and Nation-Building (SJN) hearings.

Boucher played well over a decade of cricket as a wicketkeeper/batter for the national team, making 147 Test appearances and 320 in limited overs. One of his former teammates, Paul Adams, alleged that Boucher was one of the players who used to refer to him as “brown shit”, in an adaptation of a song by Boney M titled Brown Girl in the Ring.

The left-arm unorthodox spinner, who took 134 wickets in 45 Tests, was the sole black player in the Proteas starting line-up when he made his debut against England in 1995, just over a year after South Africans had voted in their first-ever democratic elections.

Despite being in the majority in terms of the country’s racial demographic, Adams remained a minority in terms of race throughout his nine-year career, which he described as “not all fun and games” because of the discrimination he was allegedly subjected to.

“I have listened to the hurt some of my teammates felt, the feeling of exclusion and some totally unacceptable and inappropriate examples of alleged racism that they endured,” said Boucher in his written response to the office of advocate Dumisa Ntsebeza, who is heading the hearings.

“I apologise unreservedly for any offensive conduct, real or perceived, that has been attributed to me. We, the team, coaching staff, selectors and CSA, during the period in question, should have been more sensitive and created an environment where all members of the team could raise and talk about these issues without allowing them to fester, as they clearly have.”

Boucher alleged that CSA failed to facilitate any platforms for cricket players of all races to come together and form a mutual understanding of their different backgrounds. He implied that going from the segregation of apartheid to this expected inclusivity and common understanding was not an easy road to navigate.

“To my certain knowledge there had not been any briefing or discussion by CSA as to how we deal with the legacy of apartheid, how players and management should deal with the additional pressures placed on them by the country and the media, how we ensure that the faults of the past do not occur again and how we ensure that there is equality, respect, empathy and inclusiveness in the team,” wrote the current Proteas coach.

“There was no guidance, no culture discussions, no open fora and no one appointed by CSA to deal with the awkwardness or questions or pressures that were being experienced by the players and, in particular, by the players of colour.”

Despite this awkwardness, Boucher said at no point did he ever feel “superior to any of my teammates, or any other person for that matter, because of the colour of my skin”.

Another of Boucher’s former teammates, Ashwell Prince, had told the SJN that the black players in the team had attempted to bring the issues to the forefront so they could be addressed, and hopefully a middle ground reached. According to Prince, the suggestions were shot down.

“The answer was: ‘No, we can’t talk about that. We don’t think that should be discussed in this environment.’ So, we didn’t have a discussion. Now, today people don’t want to take a knee,” testified Prince.

“Maybe had we discussed this in 2011, and people had realised the suffering non-white people had in this country, it would be much easier to take the knee. But no, we don’t want to talk about that.”

The Proteas are off to tour Sri Lanka this week as they ramp up their preparations for the men’s T20 World Cup set for mid-October in the United Arab Emirates (UAE) and Oman.

The allegations against the team’s head coach, Boucher, which came out as the side toured Ireland last month, would have undoubtedly unsettled some of the current crop of Proteas, particularly because the SJN hearings were born from the backlash received by Proteas fast bowler Lungi Ngidi for voicing his opinion at the time that the national team should show support for the Black Lives Matter movement. Some of Ngidi’s detractors included former Proteas players.

“I’d be lying if I said it didn’t have an impact on us as a team. It’s publicly known that members of the team have been named in the testimonies. Our coach, Mark Boucher, has addressed us as a team, speaking to the accusations against him,” Temba Bavuma, who is the Proteas captain in limited overs, told journalists on Monday.

“He provided clarity and context and it was more about keeping the guys in his confidence and comfort. As much as we operate as a team and we try to control everything that is in our circle, those matters do come within the team and it’s important that we deal with it internally and ask whatever hard questions that we need to ask of each other to make sure we can keep growing within the team.”

Bavuma said a “large majority of the guys welcome the initiative of the SJN and understand its necessity in terms of allowing current and former guys to speak about their experiences in the past”, and see it as an opportunity to actively foster change.

“That’s what we’ve taken out of it as players. As players now, in this era, we have got an opportunity to shape the environment, to shape the team, in the way that we would like so that down the line we don’t look back and say we could have done things in a different way. Most of the guys are following the SJN and we look forward to the good of it that is happening,” stated the captain.

Meanwhile, CSA confirmed that Boucher’s assistant at the Proteas, Enoch Nkwe, has tendered his resignation.

“Nkwe has indeed signalled an intention to resign, and this matter is being considered by the board. The chairperson and the acting CEO are currently engaging with Nkwe about his future.”

Daily Maverick understands that Nkwe has some “personal issues to deal with”, according to three sources, which is the reason behind his resignation.

CSA said it would communicate further once Nkwe’s meeting with the board and its outcomes have been clarified. DM