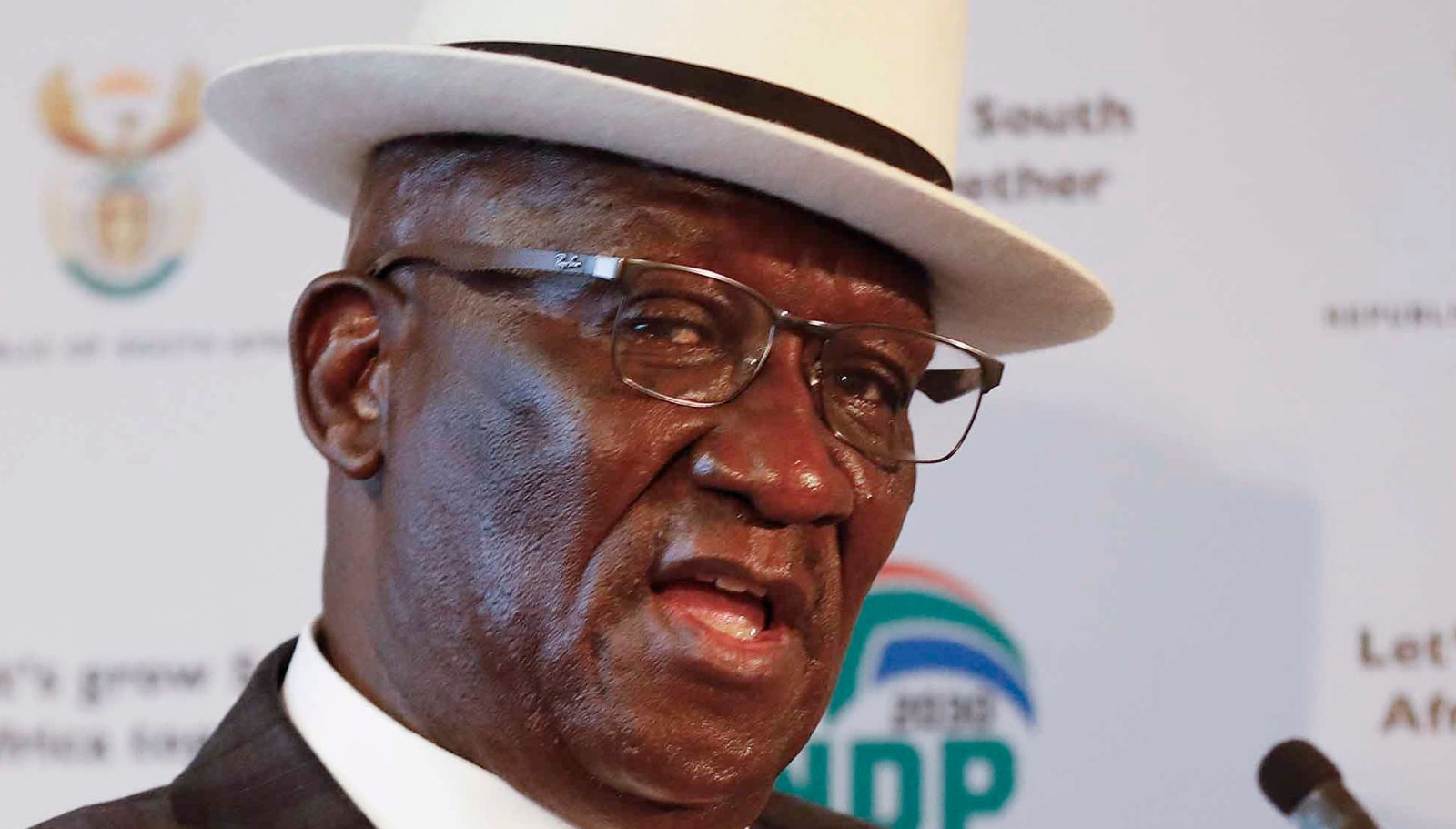 Police Minister, Bheki Cele presents quarterly crime stats on August 20, 2021 in Pretoria, South Africa. The statistics will reflect the crime levels during the adjusted Lockdown Level 1,2,3 due to the Covid-19 pandemic. (Photo by Gallo Images/Phill Magakoe)

Police Minister Bheki Cele said on Friday that the SAPS recorded an unheard-of double-digit increase in most crime categories between April and June 2021. Cele attributed the significant increase in crime to the impact of the adjusted lockdown levels and distorted crime trends.

Police Minister Bheki Cele has described the crime statistics for the first quarter of 2021/2022 as “dismal” when compared to the same period last year, after SAPS recorded a double-digit increase in most crime categories between 1 April and 30 June this year.

Addressing the media, Cele said that while the country had seen a “crime holiday” during the Covid-19 Level 5 lockdown last year, the “pleasant picture” of last year had been compared to a “normal period” of 2019, and hence the comparison had been skewed.

The double-digit increase in most crime categories for the first quarter of 2021/2022, is attributed to the impact of the adjusted lockdown levels and irregular and distorted crime trends, he said. Viewed against the backdrop of the marked drop in crime during the first quarter of the 2020/2021 financial year, the latest crime statistics appear “exaggerated”.

“While the double-digit increases don’t necessarily reflect a true picture because they are being compared to an abnormal period, when the country was at a standstill, it still means more work must be done to ensure the safety of all those who live within our borders,” said Cele on Friday, while releasing the first quarter crime stats.

However, crime has still increased even when compared to the first quarter of 2019/2020.

SAPS recorded a 60.6% increase in contact crimes, including murder, attempted murder, sexual offences and all categories of assault, compared to the corresponding period of the previous financial year.

When compared to a “normal period”, prior to the country being placed under lockdown Level 5, contact crimes would have increased by 0.6%, said Cele.

The Umlazi police station in KwaZulu-Natal reported the most murders (73), followed by Plessislaer also in KZN (68), and Kraaifontein in the Western Cape (67).

“Out of the top 30 murder stations, the Khayelitsha, Phillipi East and Bityi police stations in the Western Cape and Eastern Cape recorded decreases in their murder figures. But despite these drops, the volumes of murder remain high,” said Cele.

SAPS recorded a 72.4% increase in rape cases during the period between 1 April and 30 June, when compared to the first quarter of 2020-21. A total of 10,006 people were raped in South Africa in the recorded quarter.

When compared to the first quarter of 2019-20, recorded rape cases would have increased by 2.8%.

The Inanda police station in KwaZulu-Natal recorded the most rapes with 73 incidents, followed by Delft in the Western Cape with 72, and Lusikisiki in the Eastern Cape with 71.

Both common assault and assault with grievous bodily harm registered double-digit increases, translating to a combined 76,936 cases, between 1 April and 30 June 2021.

“Forty six cash-in-transit [CIT] heists were committed between April and June this year. These figures show there were 27 more CIT heists compared to the previous reporting period,” said Cele.

However, compared to the same period in 2019/2020, eight more cases were recorded. DM