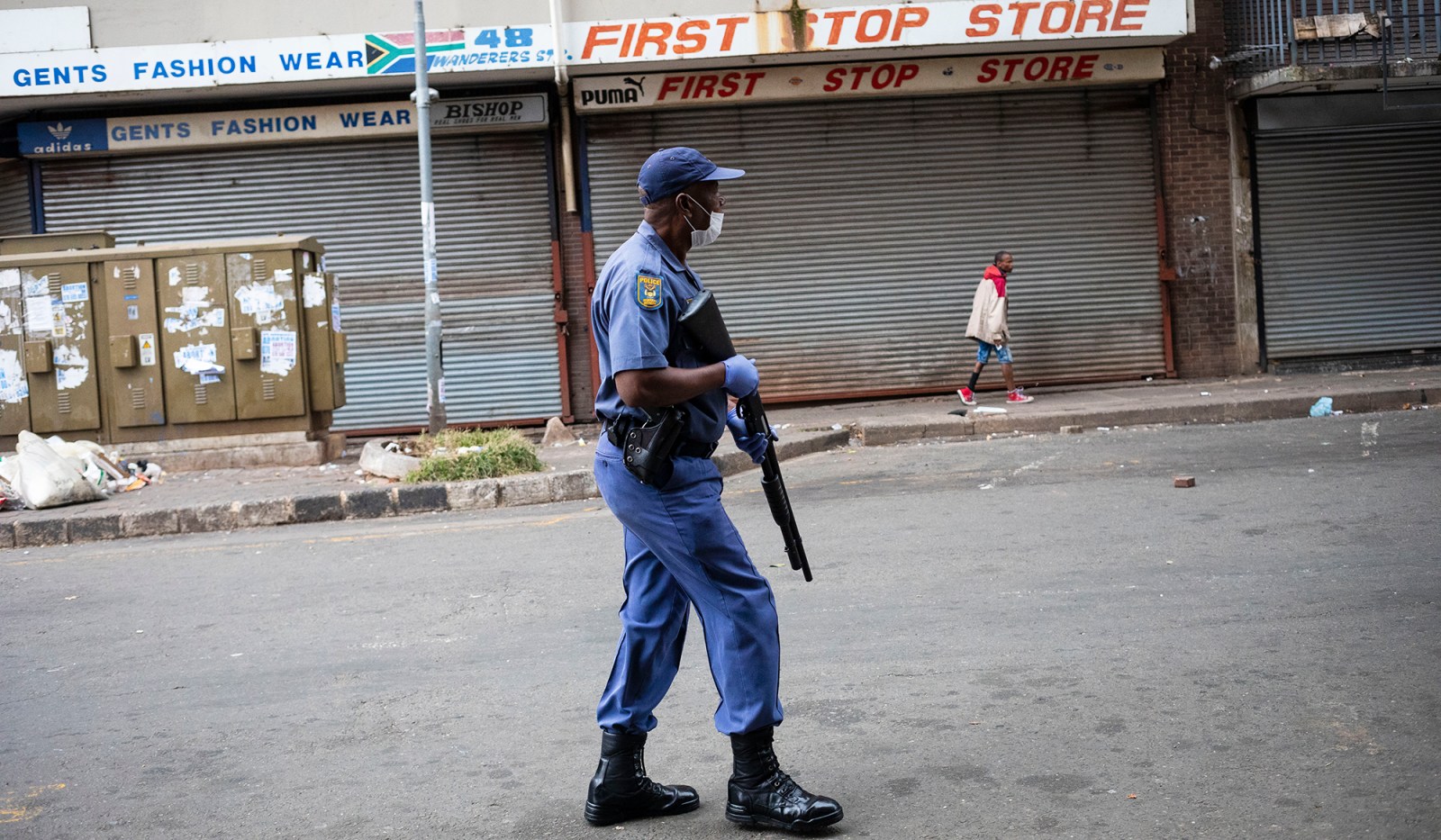 Police Minister Bheki Cele said on Friday that the SAPS recorded drops in all crime categories between April and June 2020 as South Africans stayed home during the Covid-19 lockdown. However, almost 300,000 people will now have criminal records for violating regulations during the State of National Disaster.

Police Minister Bheki Cele has described the first three months under the Covid-19 lockdown as a “crime holiday”, as SAPS recorded lower levels of contact crimes, sexual offences and aggravated robberies during the first quarter of 2020 between 1 April and 30 June.

“These statistics show major decreases in all crime categories compared to the same comparative period last year. Indeed, the statistics we will release today, paint a never seen before ‘rosy’ picture of a peaceful South Africa experiencing a ‘crime holiday’,” said Cele on Friday while releasing the crime stats on a quarterly basis for the first time.

Cele attributed the drop in crime to South Africans following regulations to stay at home during the lockdown and the increased deployment of police, along with the SANDF.

Compared to the first quarter of 2019-20, murders fell 35%, assault with intent to inflict grievous bodily harm dropped 41%, and robbery with aggravating circumstances fell 39%. Carjacking dropped by 41%, and robbery at residential premises fell 23%.

“While we can’t claim easy victories, we acknowledge that the circumstances that led to the declining numbers were distorted. But even if distorted, it was a better time in South Africa because more lives were saved,” said Cele.

Domestic abuse and crimes against women and children also dropped during the lockdown. SAPS recorded a 40% drop in rape cases and a 35% decrease in sexual assaults.

The minister, however, said these decreases might have been due to women being stuck at home with their abusers, which would make it difficult to report crimes. SAPS will monitor reported cases to verify whether there was actually a decrease in crimes against women or whether there were just fewer reported cases during the lockdown.

“There are certainly many lessons to be learnt from these recent figures as the SAPS, and how we must channel resources where they are needed most in an effort to sustain these low numbers,” said Cele.

“The conditions were completely different from the normal situation and as they change, conditions going forward, life will be tougher,” he added, noting that SAPS expects crime to increase as the lockdown is eased.

Cele repeated similar remarks he has made during the lockdown on the impact of alcohol on crime: “But it is also time we as a country start having a frank and open discussion about alcohol and the real effect it has on society. The evidence is clear from these figures that the absence of alcohol leads to safer communities.”

While crime decreased across all categories in the first quarter of 2020-21, a total of 298,252 people were arrested for violating lockdown regulations. Over 181,000 of those people were released on a warning to appear before court, while over 28,000 have been found guilty of offences relating to liquor, gatherings, transport, business and border violations.

“Unfortunately, most of the people arrested will come out with criminal records and it is not our aim to criminalise South Africans. This is why the minister of justice and correctional services is looking at this issue,” he said.

Cele said he could not comment on whether Justice Minister Ronald Lamola plans to expunge the criminal records of those arrested for violating lockdown regulations. DM