There’s no ‘battle for the soul’ of the Institute of Race Relations: This is what the IRR does actually argue for 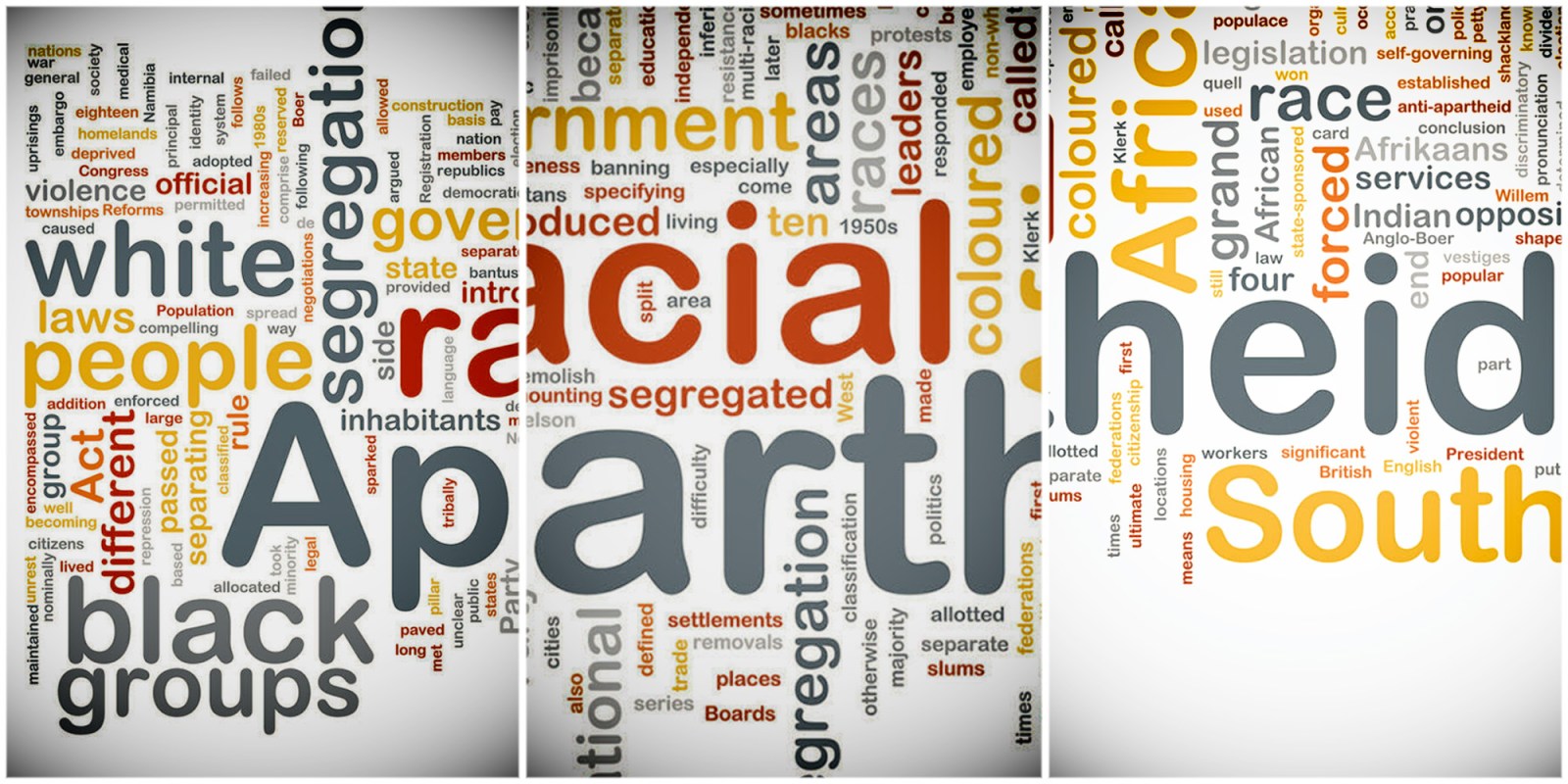 The Institute of Race Relations responds to a Daily Maverick article in which, among other things, the descendants of IRR founder Dr Edgar Brookes took issue with the ideological direction the IRR has taken.

Michael Morris is head of media at the Institute of Race Relations (IRR).

Whether pea-shooting from the sidelines constitutes a “battle for the soul” of the Institute of Race Relations (IRR) is doubtful, but the claims contained In “The battle for the soul of the South African Institute of Race Relations”(Daily Maverick, 14 August 2021) do nevertheless provide a welcome opportunity to clarify what the IRR does argue for.

We hosted just such a debate some weeks ago when the IRR’s publication, Daily Friend, published a contribution by the grandchildren of IRR co-founder Edgar Brookes, and my own response, in which I pointed out, among other things, that “(only) by the most strenuous intellectual contortion would it be possible to suggest that (the work of the IRR) was the product of an ‘extremist libertarian misinformation machine’.”

It is encouraging that so many Daily Maverick readers appear to agree. It is equally encouraging that detractors remain sufficiently invested in the greater argument about modern South Africa’s trajectory to venture an opinion one way or another on the most pressing questions confronting the country.

This is the coal face at which, like others who care, the IRR is at work today.

It is a setting defined by the historic democratic transition of the mid-1990s, a celebrated turning point for liberals in its establishing the core fundamentals of a just and rational state: non-racialism and common citizenship, equality before the law, a Bill of Rights, a frank acknowledgement of the inherited burden of inequity, and the democratic instruments to address the injustices of the past and construct a future which, to use the common phrase, really would deliver a better life for all.

Unquestionably, the dividend was and remains enormous — perhaps incalculable. (Notably, the IRR has been almost alone in calculating, and broadcasting, the material gains — and so persuasively that the government itself, and President Cyril Ramaphosa most recently, have cited our work.)

In 2021, however, we are compelled to confront a discomforting reality: a slightly longer time than Nelson Mandela spent in prison has elapsed since the optimistic days of 1994, and millions of South Africans remain immiserated and deprived, economic outsiders in the country of their birth, all but property-less, suffering the worst of service delivery collapses, disdained by the state, and burdened not only by inherited disadvantages imposed by the ruthless racial logic of succeeding apartheid-era administrations but by the consequences of policies (many of them founded on the same damaging racial logic of the past) that have been made since.

These are not conditions in which it is even remotely tenable to argue that we can be satisfied to blame racism or systemic racialism, fold our arms and be confident that our contribution to actually making a difference will be meaningful in the lives of South Africans who are poor, jobless and under-educated through no fault of their own.

In fact, there can be no doubt that, after all this time, dwelling on race as the fundamental impediment to South Africa’s success is, far from offering any solutions, only an obstacle to crafting policies that would genuinely make a difference, if only because the real reasons for our failure as a society over the past quarter of a century are not racial but political — and political precisely to the extent that policy has largely failed to overcome the legacies of racism and racialism.

How this has happened, and continues to happen, and what is to be done about it, are the key challenges that inform every stitch of work the IRR does.

It’s no surprise to us that most South Africans are similarly focused on things that matter the most.

A word about that. Perplexingly enough, some of our critics seem to think IRR staffers took themselves off to Cavendish Square and Rosebank Mall over a weekend, haphazardly canvassed well-heeled shoppers for a couple of hours, and returned to the office with results that, happily enough, endorsed IRR propositions.

Our critics may be naïve about this; we are not.

In their criticism of the IRR’s recent billboard proclaiming that “RACISM is NOT the problem”, Daily Maverick and its informants refer to the Institute’s 2020 survey as being based on “fewer” than 2,500 South Africans, and methodology which is “ludicrous”, suggesting these are among the various things of which Dr Brookes would not have approved.

Dr Brookes, my senior colleague and former CEO of the IRR John Kane-Berman notes, “was a serious scholar, so it is by no means obvious that he would have denigrated the IRR’s surveys on racial attitudes”.

Kane-Berman points out that the 2020 survey was in fact the seventh of a number dating back to 2001. The first was conducted by MarkData, a professional research house then of some 14 years’ standing and the questions were designed by Lawrence Schlemmer, also a one-time president of the IRR and widely respected as one of this country’s leading social scientists.

Among the most important findings of the 2001 survey was that unemployment was regarded as a far more serious problem than race. Interviewees were asked to identify the “serious problems not yet resolved since 1994”. The question was open-ended: interviewees were able spontaneously to identify whatever problems bothered them. Some identified more than one, so the percentages add up to more than 100.

Unemployment topped the list at 55%. Crime and violence were second at 48%, and housing and shelter third at 31%. Race was ninth on the list at 8%.

Fast forward 20 years to the IRR’s 2020 survey, which canvassed the views of a carefully balanced sample of 2,459 people from all nine provinces, again covering both rural and urban areas and all socioeconomic strata, as was the case in the 2001 survey. Of the respondents, 78.6% were black, 9% were coloured, 2.9% were Indian and 9.3% were white. All the interviews were conducted face to face by trained and experienced field teams in the languages chosen by respondents themselves. Once again, the sampling, fieldwork and data processing were carried out by MarkData, now with upwards of 30 years’ experience in conducting field surveys for public, private and civil society organisations.

The results, in response to the same open-ended question as the first survey, were as follows: unemployment again tops of the list at 53%, crime and safety 22%, and corruption 18%. Racism/discrimination had dropped to fourteenth on the list, being mentioned as the most serious problem in only 3.3% of the answers.

In all seven of the IRR surveys between the 2001 survey and 2020 one, unemployment has topped the list. The proportion of black Africans identifying race as a key unresolved problem has remained below 6%.

When asked a direct question in our survey last year as to whether they had experienced racism as a problem, 81% of South Africans said “no”.

Kane-Berman says: “Rebecca Davis and the Brookes descendants seem to think the IRR billboard proclaiming that ‘racism is not the problem’ was a ‘stunt’. If so, it was a remarkably successful one. Moreover, it spoke the truth.”

The surveys are but one feature of the IRR’s research contributions.

Dr Heather Brookes’ statement that the IRR “used to be a source of good, solid data on race and poverty and inequality” and that this “is no longer the case” is flatly contradicted by the institute’s publication of statistical reviews including the annual Socio-Economic Survey, monthly Macro Reviews, FreeFacts and FastStats, occasional Strategic Intelligence Reports, Issue Alerts and @Liberty reports, policy proposals and formal submissions on proposed laws and regulations, posted both on the IRR’s own website and that of the Centre For Risk Analysis.

Over many years now, much of this material has presciently warned of the consequences of ignoring the effects of bad policy. (We sometimes wonder, given the accusations of some of our critics that we are “alarmist”, how it could be that they themselves are not as alarmed by the scale of the crisis facing the poor.)

But, beyond the warnings and the criticism, the IRR also advances alternatives; practical proposals to effectively address critical issues such as empowerment, land reform and economic development.

Underpinning all of this work is the conviction that South Africans, as individual people, common citizens, are equally worthy, just as Edgar Brookes thought, too. DM