Western Cape: Weekend vaccinations to be boosted in wake of taxi violence disruptions to roll-out 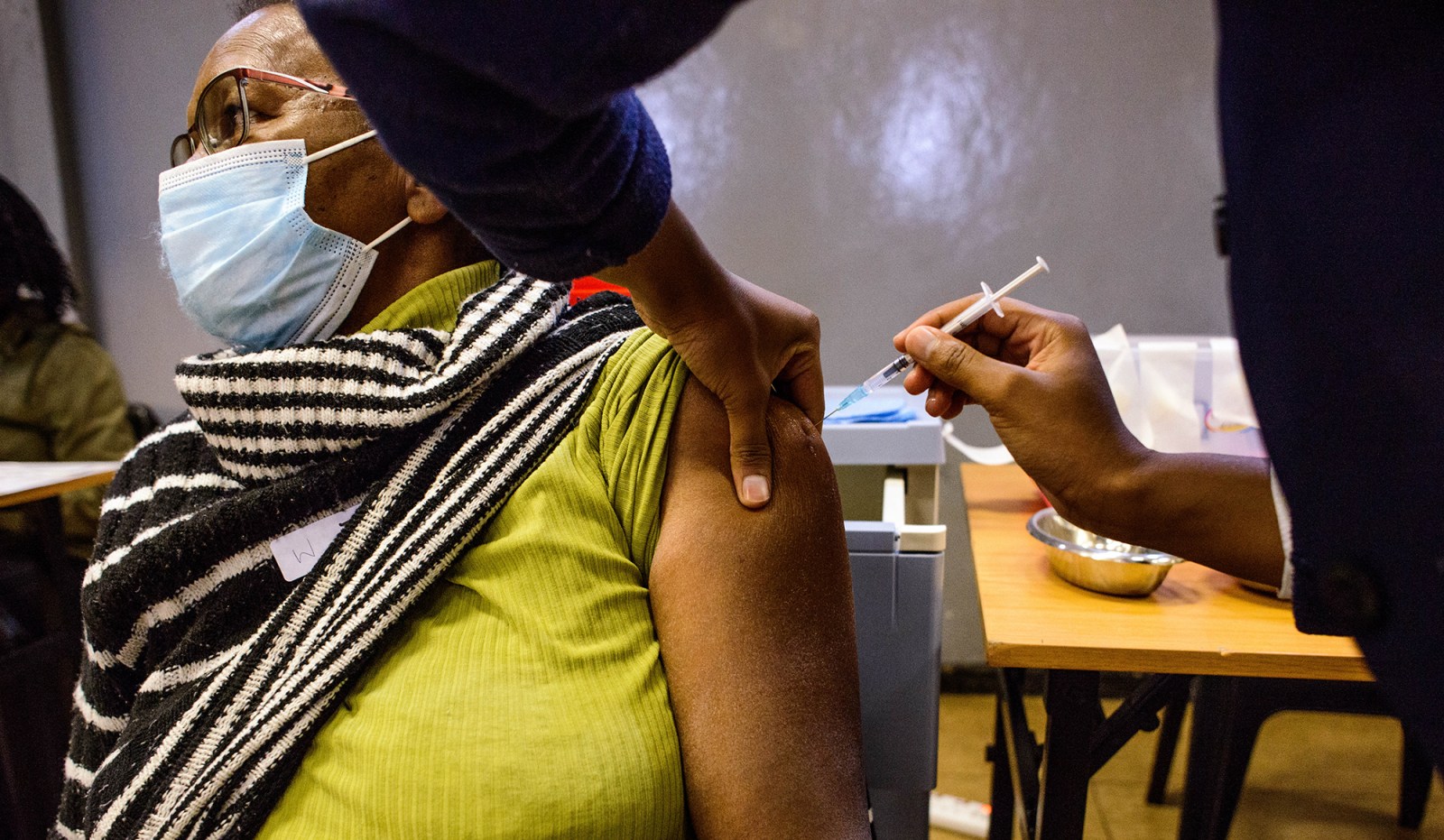 Taxi violence has disrupted the vaccination roll-out in the province in the past week, Western Cape health officials warned on Thursday. To make up for it a number of public vaccination sites will be open on Saturday. This comes as the province is gripped by a third wave of Covid-19 infections.

Mbombo said that at vaccination sites in areas including Gugulethu, Nyanga and Khayelitsha, people had to be directed elsewhere and some sites were forced to close on Monday and Tuesday amid the unrest and restrictions on transport.

Read in Daily Maverick: Why the Western Cape is being rocked by taxi violence

Mbombo appealed for safe passage for healthcare workers, who depend on public transport to get to work and whose transportation has been disrupted by the violence.

According to a Western Cape health department presentation, 151,772 vaccinations were administered in the province between 12 to 18 July.

To help make up the numbers a number of public vaccination sites will be open on Saturday, 24 July, including in Mitchells Plain, Gugulethu, Stellenbosch and False Bay, said Cloete.

The violence has also disrupted mobile bus vaccinations to outlying areas including Klipheuwel, Philadelphia and Fisantekraal, said Mbombo. “On Monday we had to pause the services because of the taxi violence, because the driver felt it wasn’t safe for him to be able to [drive] there.”

Cloete said the number of trauma cases in Western Cape hospitals increased in the past week, and taxi violence has no doubt played a role.

“In the last seven days we have seen an increase in trauma, and it’s not related to the [alcohol ban] or restrictions on movement – it can only be related to the impact of the recent taxi violence and associated trauma in community settings,” he said.

There has been a 3.2% increase in Covid-19 infections in the province, which is significantly lower than last week’s 13.5% rise, said Cloete.

There is a concern that Covid-19 testing has decreased owing to a range of factors, including taxi violence, so it is unclear whether the province has reached the peak of the third wave, he said.

The province was seeing a “flattening of cases”, with the Delta variant still dominating infections.

There were currently 3,010 Covid-19 patients in hospitals in the Western Cape. Admissions continued to increase in both the public and private sectors, although the percentage increase was slightly lower than last week.

Vaccine registration is now open for people aged 35 to 49, for whom jabs will be available from 1 August, said Cloete.

The vaccine supply for next week had increased in the province, and on Friday, 23 July it would receive another 93,600 doses of the Pfizer jab.

The Western Cape has also received confirmation that it will receive more doses of the Pfizer and Johnson & Johnson vaccines in the next week, and the supply will start increasing in the coming weeks, Cloete added.

There are 216 active public sector vaccination sites in the Western Cape – 72 in the metro and 144 in rural areas.

There are 118 private sector sites, most of which (76) are at Clicks pharmacies.

“We have to come up with various innovative ways in order not to leave anyone behind,” said Mbombo.

Mobile bus vaccinations and pop-up vaccination sites are being used to target areas with low vaccination rates, she said. The pop-up sites in Hermanus and other areas in the Overberg had been successful in the past week. DM