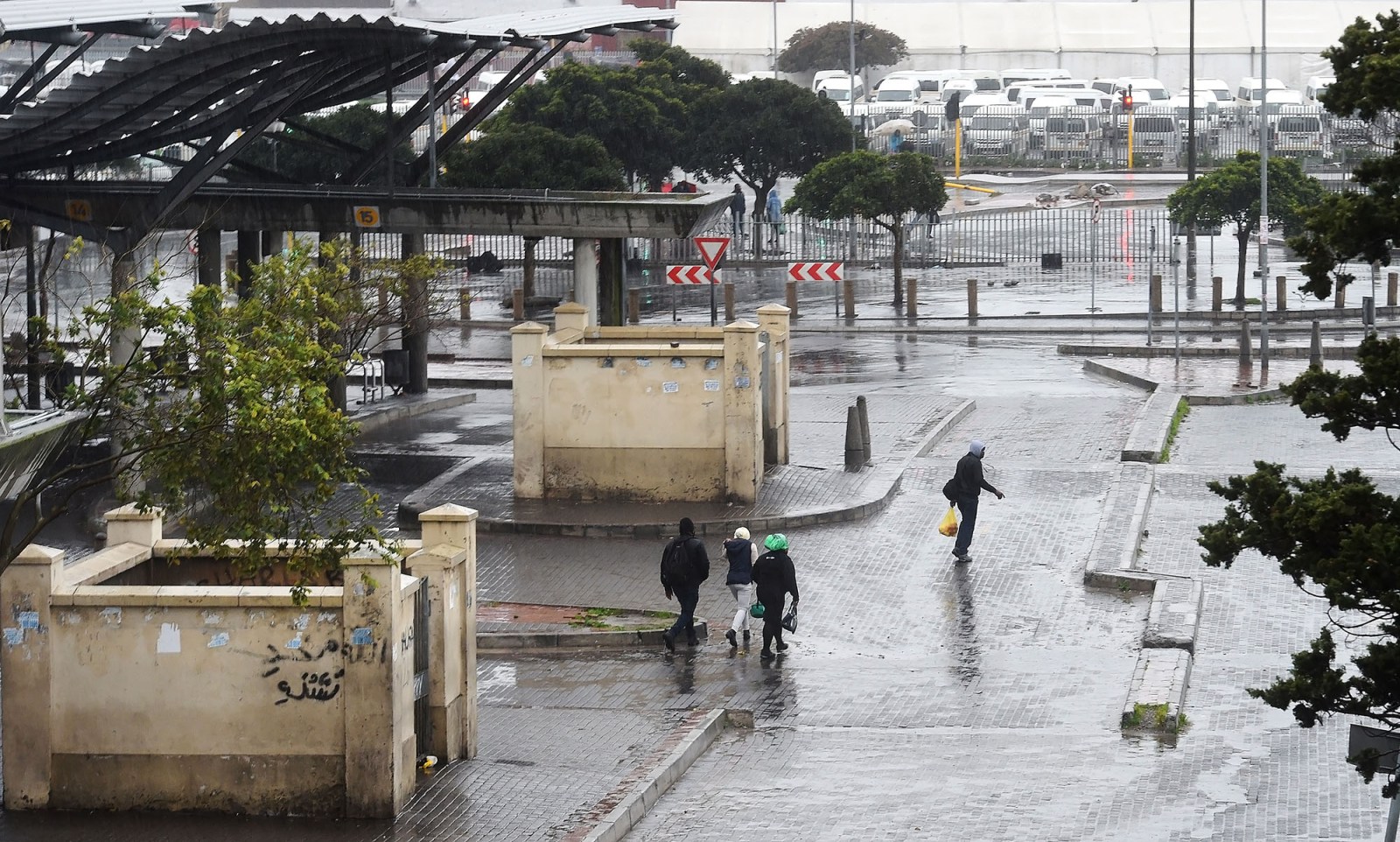 An empty Bellville taxi rank on Thursday, July 7, 2021 after an outbreak of gun violence between the Cata and Codeta taxi organisations on Wednesday led to the deaths of seven taxi drivers. (Photo: Xabiso Mkhabela)

At least 82 people have been murdered this year, and buses have been attacked and shot at.

Another week of violence in the Cape Town minibus taxi industry started on Monday with several shooting incidents.

Notomboxolo Makoba-Somdaka, spokesperson for Western Cape Transport MEC Daylin Mitchell, said as of Saturday, 17 July, there have been 82 taxi-related murders since January 2021.

Joseph Swartbooi, Western Cape police spokesperson, said the police are investigating a case of attempted murder after unknown males fired guns at the Langa taxi rank on Monday morning. Swartbooi said two males, aged 45 and 55, have since been arrested and detained. They will appear in the Bishop Lavis Magistrates’ Court.

Swartbooi said police were also dispatched to the N2 after the driver of a Golden Arrow bus was shot and sustained injuries to his face. He was taken to hospital.

Golden Arrow Bus Services human resources and corporate affairs executive John Dammert confirmed that four Golden Arrow buses were shot at on Monday. He said, however, they were still operating to their normal schedule. “This will be reviewed as the situation dictates,” he said.

Makoba-Somdaka said the Western Cape Department of Transport and Public Works had been in talks and was providing independent mediators for a dialogue between taxi associations – Cape Amalgamated Taxi Association (Cata) and the Congress of Democratic Taxi Association (Codeta) – on Friday and Saturday. No agreement had yet been reached. Talks continued on Monday.

She said the department was working closely with the police, traffic department, law enforcement and the provincial community safety department.

Last week, David Thambisa, who lives in Marcus Garvey township in Philippi and commutes to work at a Caltex petrol station in Table View, lost two days of work because of the taxi violence.

On Monday, he was determined to get to work. He woke up at 5.30am to walk to Nyanga minibus taxi rank because there are no taxis currently serving his area. Even the Avanzas, popularly known as amaphela (cockroaches), have stopped.

Thambisa said that he heard gunshots coming from the taxi rank area but he was determined to find a bus. Golden Arrow buses were parked outside the Nyanga Police Station to load commuters desperate to get to work to earn money to feed their families. He said police warned them it was dangerous. Some commuters returned home, others, including Thambisa, boarded the packed bus at 7.15am. He got to work at 9.20am.

“Every time … I must pray that I get to work safely and get back home safely,” said Thambisa.

“This taxi violence needs to come to an end. We are sick and tired of these killings. We have grounded all our minibus taxis,” said Andile Kanyi, spokesperson for Codeta. He said all its members stopped operating on Sunday and will wait for the outcome of the Monday meeting.

Cata did not answer our calls.