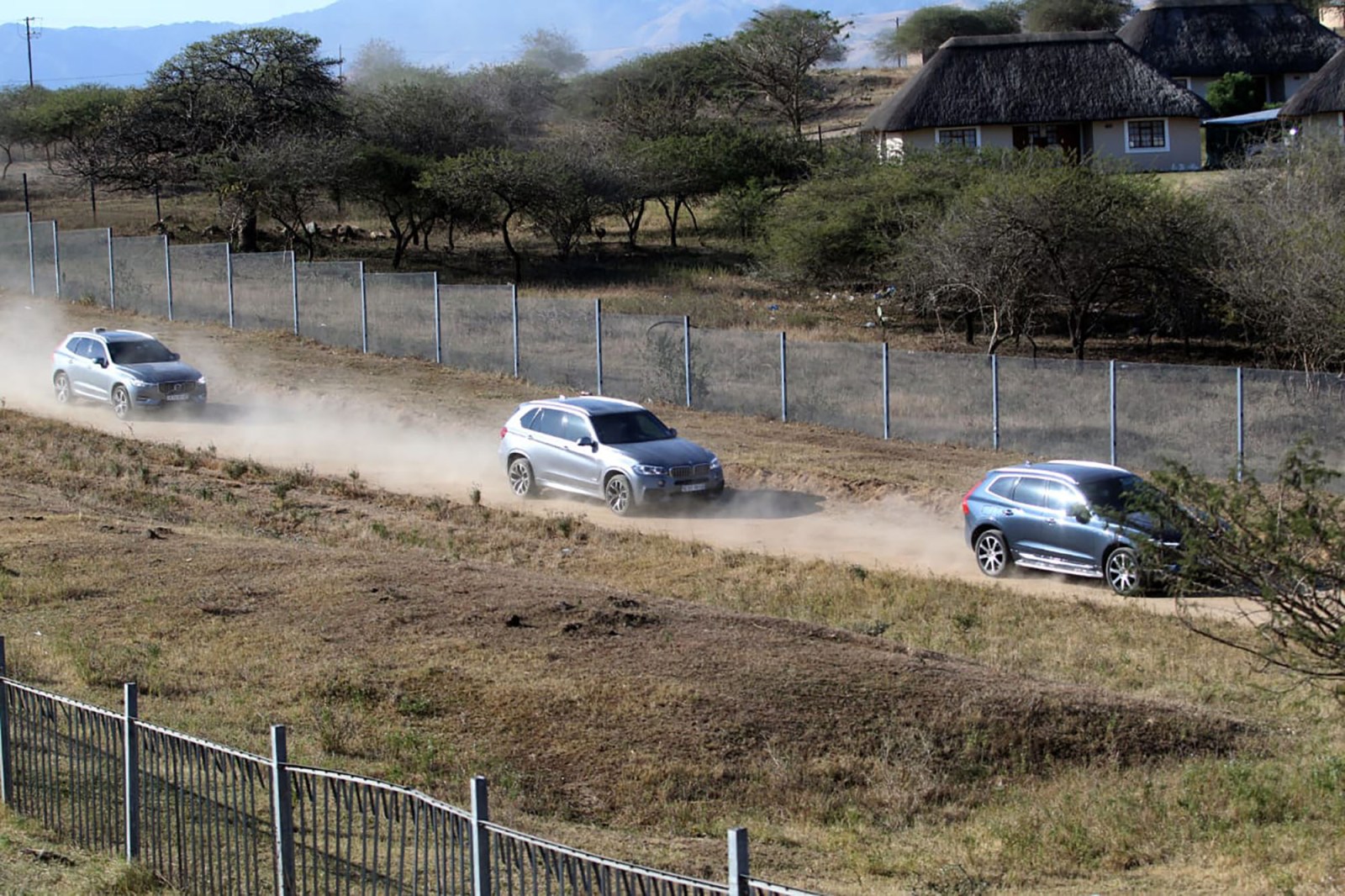 Former president Jacob Zuma's convoy is saluted by MKMVA soldiers manning the roadblock on the road leading to his late brother Michael Zuma's home, where his funeral was held on Thursday. (Photo: Supplied)

Former president Jacob Zuma’s stint outside prison to attend the funeral of his brother was without incident, authorities confirmed on Thursday afternoon. The situation in KwaZulu-Natal and Gauteng now remains stable – while the death toll from the recent looting has reached 337.

Thursday brought a few hours of freedom for former president Jacob Zuma, who was permitted to leave the Estcourt Correctional Centre to attend his brother Michael’s funeral.

As reported by Daily Maverick earlier in the day, Zuma was accompanied by a convoy of vehicles to the Nkandla funeral, which he had been granted permission to attend on compassionate grounds.

Although there had been concerns that Zuma’s supporters might try to prevent him from returning to prison, Minister in the Presidency Khumbudzo Ntshavheni said at a 4.30pm press briefing that he had already returned without incident. There were no reports of unrest related to Michael Zuma’s funeral or Jacob Zuma’s appearance at it.

Ntshavheni said that Zuma had been accompanied by “correctional officers supported by law enforcement agencies”.

At the press briefing, Ntshavheni faced tough questioning from journalists about the scant and sometimes contradictory information given by the government relating to the recent unrest.

The minister announced that the looting death toll had reached 337, with 79 deaths in Gauteng and 258 in KwaZulu-Natal. She explained that the “revision of the records happens when those who were injured ultimately succumb to their injuries”.

“Law enforcement agencies are continuing with their investigations to ensure that instigators and key participants in the unrest are brought to book,” Ntshavheni said.

“There are no new updates on the arrests of the instigators.”

With regards to the arrests of four people in Gauteng over the past few days, reportedly for incitement of violence, the minister was questioned whether these individuals formed part of the 12 original masterminds that the government said it was pursuing for having orchestrated the alleged insurrection.

“The four suspects are part of the key players, whether they are called masterminds or whatever,” Ntshavheni said.

Later, she added: “All instigators, be they 12, be they more, will be arrested.”

The National Prosecuting Authority said on Thursday that at this stage there is “no evidence” that those arrested had committed treason or terrorism, with the only charges brought relating to the incitement of public violence.

Ntshavheni said that it was not the state’s job to prescribe charges to prosecutors, but that it was expected that further charges would be added as the cases progress.

She was also asked to respond to Amnesty International’s call for authorities to “reveal what they knew and when, in the days leading to the violence which unnecessarily cost many people’s lives”.

The minister responded that the international human rights organisation was “going beyond its own scope of work”, and said that a full investigation into events was under way.

“It’s not in the best interests of this country to disclose the intelligence information that was at the disposal of the state,” she said. DM