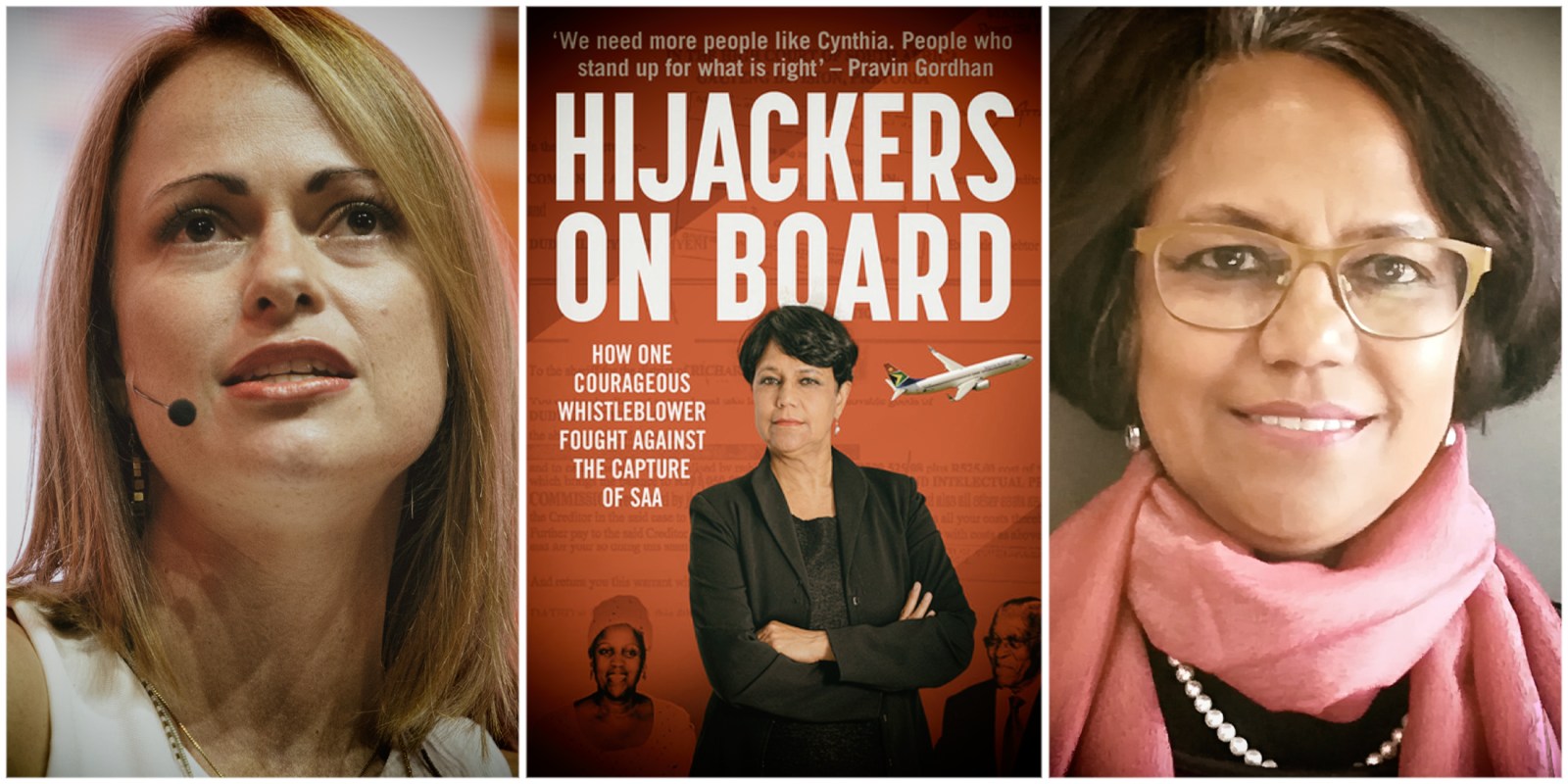 Former SAA treasurer Cynthia Stimpel spoke candidly about the immense difficulties and endurance needed to become a whistleblower, citing her own experience while employed by the national carrier during Daily Maverick’s Wednesday webinar.

As a whistleblower, you need the financial and emotional support of your family because if you’re on your own, you are likely to battle under the strain. This is according to Cynthia Stimpel — former South African Airways Group Treasurer turned whistleblower — speaking during the Daily Maverick’s webinar on the subject of her new book Hijackers on Board on 14 July 2021.

When Stimpel made the decision to become a whistleblower, she consulted her family first. “When I told them, they said ‘you know you’re going to lose your job, right?’, and I said to them that I’m not worth my salt if I don’t speak out. I also wouldn’t have been able to live with myself if I just walked away,” said Stimpel.

“My husband and children supported my decision and any whistleblower needs that because they’re going to have to carry you,” said Stimpel.

During the webinar, Stimpel said that she became concerned when SAA was about to appoint BNP Capital to advise on debt relief funding for the embattled airline, at a cost of roughly R2.6-million — a deal that then-chairperson Dudu Myeni, had pushed for.

Stimpel said that commercial banks could perform the same function for SAA at a fraction of the fees and refused to sign the relevant contract with BNP Capital. However, when Stimpel took an overseas trip shortly after her refusal, her deputy was pressured into signing the document to facilitate the deal in her place.

When Stimpel reported this to executives she was ignored.

“As whistleblowers, we’re naive when we take that first step. I thought that once I’d notified people the cogs would unlock and things would start to work…then the devastation starts and you feel like you’ve been knocked over and had the carpet pulled under you,” said Stimpel.

Soon thereafter Stimpel was suspended and charged with offences including misconduct and unauthorised possession and removal of confidential tender documents. Stimpel writes about the difficult journey of being a whistleblower in her new book, Hijackers on Board.

At Daily Maverick’s Insider event in 2019, Pravin Gordhan, Minister of Public Enterprises, apologised to Stimpel. “I just need to apologise to Cynthia [Stimpel]. Somewhere along the line, National Treasury let her down,” said Gordhan.

Although blowing the lid on SAA’s red-flagged deal cost Stimpel her job, she said doing the right thing was something that was instilled into her by her parents from a young age.

Hosting the webinar, Scorpio investigative journalist Paul van Wyk asked Stimpel to talk more about how her parents ingrained a sense of integrity in her and her nine siblings.

“When I was younger, my sister picked up a pen at the hairdresser. When we got home, my dad saw this and he was livid. He made her go back to the hairdresser and give it back,” said Stimpel. “For me, those were the early lessons that you don’t get to take what doesn’t belong to you.”

While the webinar unfortunately had to be cut short because of connectivity issues on Stimpel’s line, she was able to respond to questions through Daily Maverick’s webinar newsletter. In answering how she is currently advocating for whistleblowers’ rights, Stimpel said she has worked with the Active Citizens Movement to compile a document proposing a change to the Protected Disclosures Act. This has since been submitted to the Department of Justice, Department of Labour and the Commission of Inquiry into Allegations of State Capture, said Stimpel. DM