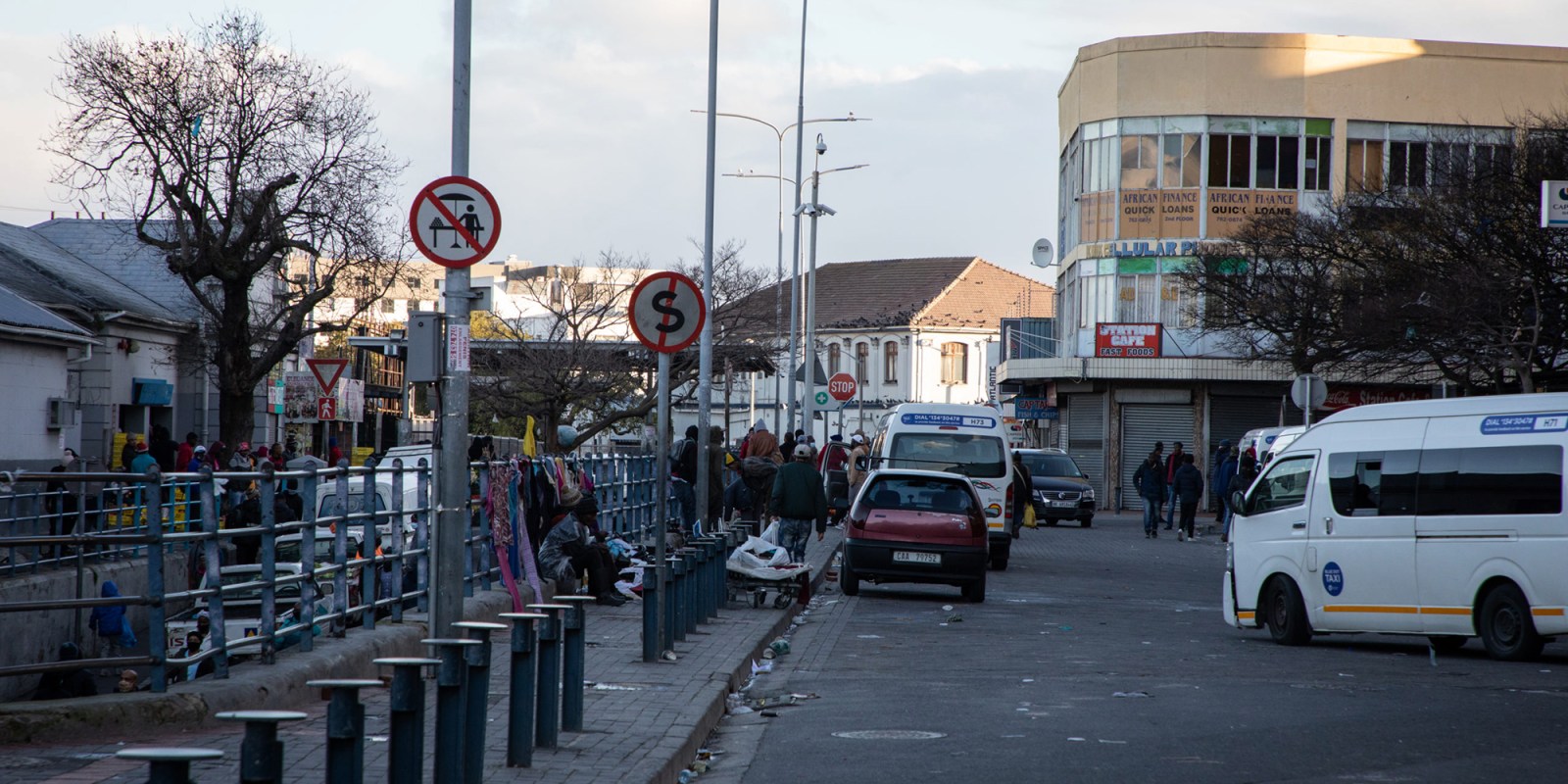 It's been a busy day in Cape Town as authorities tried to contain taxi violence and then social media reports of looting - which proved to be FALSE.

Shootings have occurred sporadically in the city, with mainly taxi drivers and operators associated with the Congress of Democratic Taxi Associations (Codeta) and the Cape Amalgamated Taxi Association (Cata) affected. Cata stopped their operations across the City last week when several people were killed.

On Tuesday, Codeta spokesperson Andile Khanyi told Daily Maverick the association had stopped operating until further notice out of concern for its drivers. “We don’t want to see any deaths,” said Khanyi. Codeta operates 45 taxi ranks across the Cape metro, including in Khayelitsha and Mfuleni.

Khanyi said the association did not know who was behind the shootings, but suggested there was a “third force” at play.

Nazeem Abdurahman of the Western Cape office of the South African National Taxi Council (Santaco) told Daily Maverick it would be meeting with Cata and Codeta over the next few days to resolve the impasse in order to “provide a dignified service to our commuters”.

At the heart of the taxi violence is a dispute over the Paarl/Mbekweni route, confirmed MEC Mitchell during a virtual media briefing.

Mitchell said he had “signed and published a notice in terms of Section 91 of the National Land Transport Act “which will enable me to close certain routes and or ranks, should I, in consultation with SAPS, assess that the lives of commuters are at risk”. This notice will be available for public comment until 16 June. Thereafter he could decide to formally close the Bellville and the Mbekweni taxi ranks.

Mitchell said if the taxi associations needed an independent mediator to resolve their issues, “the Department of Transport and Public Works will always be there to assist to find common ground”.

On Tuesday afternoon, Daily Maverick visited the Wynberg Public Transport Interchange to hear from commuters about the morning’s events. The taxi rank was fairly quiet, except at the entrance where taxis idled at the pavement while loading passengers. A group of women who were waiting for a taxi said they had had issues catching a taxi from their homes in Gugulethu on Tuesday morning, and had to travel into town first to catch a taxi to Wynberg. They said Wynberg’s taxi rank looked busier in the evening than in the morning, and they didn’t think they would have trouble getting a taxi home.

A major part of the briefing by the provincial authorities centred around the unrest around the country. On Tuesday afternoon, social media channels such as Facebook and Whatsapp had ‘reports’ that looting as seen in KZN and Gauteng had spread to the Western Cape.

It was not a case of looting, but residents reacting to a case of a  petty thief, said Mackenzie, who is a member of the provincial legislature. During the media briefing, Winde urged residents not to spread fake news.“We don’t want to be subjected to what is happening in other provinces,” said the premier.

Winde also said he was shocked at the images circulated of the looting and that it was ‘absolutely unacceptable’.

MEC for Community Safety, Albert Fritz said the police is working alongside other structures like traffic services, metro police, community policing forums, neighbourhood watches, law enforcement and civil society to “ensure that Western Cape remains a place of safety for all”.

Patekile said the police reported “no incidents today that alarm us,” and urged residents to remain calm and ‘say no looting in our province’. The newly appointed Patekile confirmed provincial police resources were sent to KwaZulu Natal to help contain the unrest.

Later on Tuesday, leaders of political parties represented in the Western Cape legislature all signed a statement  in which they called for peace and stability in all communities. They pledged to “work with all communities as political representatives to maintain law, order and provide the necessary leadership to create calm in our communities” and “not to take the law into their own hands but rather allow law enforcement agencies to conduct their work”.

The statement also called for political parties to call on residents to “refrain from spreading fake news and any information that is not true”, while calling for leaders to:

“Unite across political lines to reject this scourge of violence, lawlessness and unrest and pray for peace and stability in our nation, South Africa.” DM