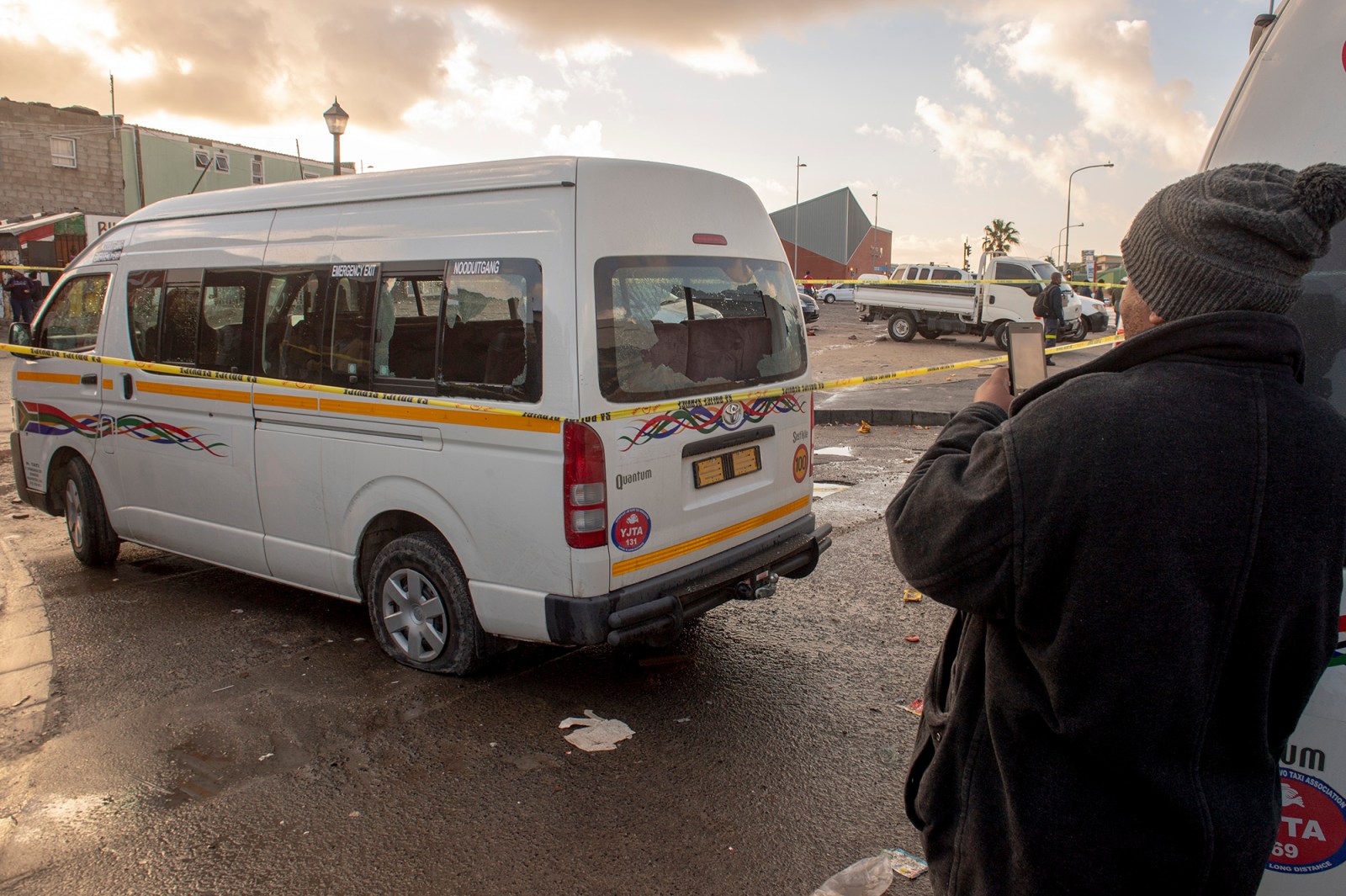 Western Cape police have confirmed that several shootings in Cape Town on Wednesday are connected to the taxi industry. Transport and Public Works MEC Daylin Paul calls for talks to find a solution to the violence.

SAPS confirmed that arrests were yet to be made in these shootings and that uniformed members had been deployed to taxi routes to maintain law and order.

Cata secretary Mandla Hermanus confirmed to Daily Maverick that the organisation had stopped operations during the course of the day. Hermanus said the decision was taken after drivers were “ambushed at various ranks” in the morning.

“So we are unable to say whether they must risk their lives tomorrow by going to work or not, unless there are measures put in place that can ensure they can operate safely at the ranks,” said Hermanus.

“What we have witnessed today… we are unable to guarantee their safety.”

Regarding Thursday, Hermanus said Cata would not be operating unless measures were put in place to protect drivers and commuters. Hermanus said commuters could get caught in the crossfire: “If people come and kill our drivers, they (commuters) won’t be spared so we’d rather be safe than sorry.”

After the shootings, Mitchell called for a meeting between the taxi bodies, with a “specific focus on violence associated with the fight for control over routes”.

Mitchell said he would ask his officials to uncover the root causes of taxi violence.

“We will continue to work to ensure the rule of law will not be compromised… the Department of Transport and Public Works has established a sound working relationship with the SAPS, traffic authorities, the National Prosecuting Authority and SARS to identify and address the root causes of taxi violence and murder, including illegal operations, route invasions, ineffective legislation and simple greed on the part of self-styled warlords and gatekeepers in the minibus taxi industry.

“Acts of lawlessness, violence and murder must be met with strong enforcement and criminal prosecution,” said Mitchell. DM