Rise in Covid-19 cases: South Africa’s vaccines work against variants, over 50s register and Aspen gets a cash boost 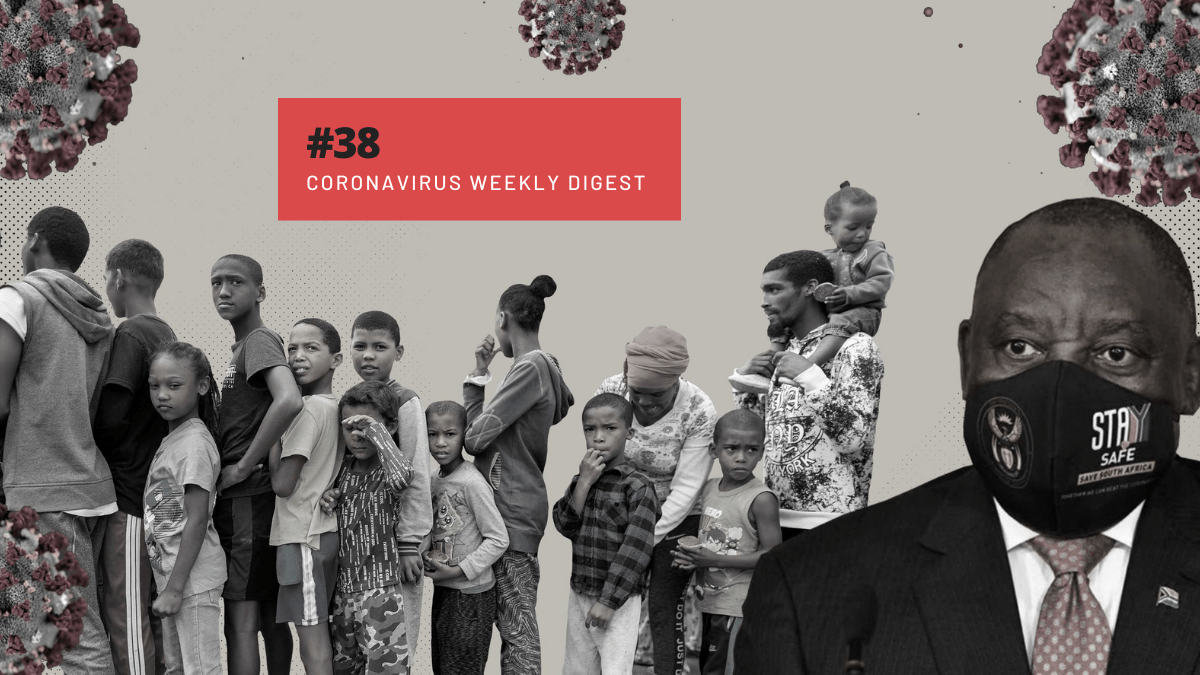 This week, Gauteng remained the epicentre of new infections as numbers continued to rise in the other provinces. Thousands of people over 50 have registered for the vaccine and science has shown that the vaccines South Africa is using are effective against the currently dominant variants of Covid-19. In addition, Aspen’s Gqeberha plant has received a financial boost to make more vaccines.

During a briefing on Friday 2 July, acting health minister Mmamoloko Kubayi reiterated that the country’s Covid-19 numbers are increasing “at a very rapid rate”.

Gauteng remains the epicentre of new cases — it accounted for 60% of the new cases in the previous 24 hours. “We remain very worried about the rise in the hospitalisations which is putting a lot of strain on the health facilities in Gauteng. The private health hospitals are currently operating at more than 100% capacity and the public health hospitals are edging closer to full capacity,” she said.

“The trends are clearly showing that other provinces which are currently lagging are going to experience the trend we are seeing in Gauteng, most notably in the Western and the Eastern Cape,” she said. “Nationally, the numbers have surpassed the first wave peak and we are likely to surpass the second wave peak.”

The province’s seven-day moving average of hospitalisations is nearing the second wave’s peak of 6,000 new admissions a day. The province initially estimated it would need 6,000 public hospital beds for Covid-19 patients during the third wave. This has now been revised to 9,500 beds across the public and private sector.

The dedicated public facility Covid-19 beds are distributed across the districts as follows:

The province has a total of 118 ICU beds, 587 high care beds, 2,936 general ward beds and 409 ABT beds dedicated to Covid-19 patients in public health facilities.

Currently, there are 7,515 Covid-19 patients across public and private facilities. Almost 300 people were admitted in the past 24 hours.

This means that 91% of both private and public beds were occupied as of 1 July. The public sector bed occupancy can be broken down as follows:

While the number of public beds has decreased in the third wave, the number of health personnel has increased by 1,322 to 5,541. Nevertheless, 2,638 posts remain vacant.

Meanwhile, the Tshwane Metro Police have been harassing doctors who are responding to emergencies. They say incidents have surged during Covid lockdown curfews. They tell of their experiences here.

During the briefing, Prof Glenda Gray presented the latest evidence that the Johnson & Johnson Covid-19 vaccine is effective against the Beta variant and even more so against the Delta variant. The vaccine is 82% effective in protecting against severe and critical Covid-19 caused by variants. In addition, the vaccine works better overtime against both variants.

She explained that the vaccine does not need a booster shot at this stage. The vaccine has shown durability, meaning that eight months after vaccination it continues to work well to protect against Covid-19.

Prof Penny Moore explained that there is new evidence that the Pfizer Covid-19 vaccine also provides good protection against the Beta variant, but is even more effective against the Delta variant.

Meanwhile, 354,504 people over the age of 50 registered for the vaccine in the first 24 hours, said Kubayi. They will receive the Pfizer vaccine at this stage, said Dr Nicholas Crisp during the briefing.

More than 300,000 educators have been vaccinated and the vaccination timeline for the police, defence and security personnel is being finalised, she said.

The department started administering the second dose of the Pfizer vaccine on Monday 28 June, said Crisp. This will soon be tracked on the Covid-19 vaccination dashboard.

The country is expecting 2.1-million Pfizer Covid-19 vaccine doses in July. It has received 1.5-million Johnson & Johnson Covid-19 vaccines to replace those that were lost due to contamination.

Saphra outlines its role — it’s about regulation, not procurement

The SA Health Products Regulatory Authority held a briefing this week to once again explain its role. It emphasised that it does not procure vaccines — that is the role of government — but registers and regulates vaccines. The briefing came nearly a week after the EFF marched to the regulator’s offices to demand the approval of the Sputnik V and Sinovac vaccines. Read more here.

SA in lockdown Level 4 until 11 July

With just a few hours’ warning, South Africa was put back into lockdown Level 4 from 28 June to 11 July 2021. This was brought on by a resurgence in Covid-19 infections, said President Cyril Ramaphosa.

Schools were closed and gatherings banned. The sale and transport of alcohol were prohibited and restaurants were only allowed to sell take-aways.

On Tuesday 29 June, the National Coronavirus Command Council elaborated on the new restrictions.

Travel in and out of Gauteng is prohibited, barring some specific purposes, while public transport can operate with a 100% loading capacity for short distances and 70% for long distances.

Gatherings have been banned, except for funerals of 50 mourners that may not exceed two hours.

During a briefing on Friday 2 July, minister of social development Lindiwe Zulu acknowledged that not all Early Childhood Development Centres received the portion of the Covid-19 stimulus package awarded to them.

“To this end, all Provincial Departments have applied for the rollover of funds as per the budget process. Let me take this opportunity to assure all qualifying ECD services that they will definitely receive their payments,” she said. “Provincial Treasuries are seized with this matter and we expect payment to be made within the next few weeks upon receipt of the confirmation letters from Provincial Treasuries.”

In addition, those centres with incorrect applications can now change their details in order to have another chance to receive this financial assistance.

South African pharmaceutical company Aspen Pharmacare will see R10-billion go towards its Gqeberha plant to boost its vaccine manufacturing capacity. The funding comes from the World Bank, Germany, France and the US and is meant to make real their commitment to boost Africa’s vaccine supply chain. Read more here.

Read more: Why sharing the secrets of making a Covid-19 vaccine isn’t enough

A group of 28 civil society organisations have called for the world to pay attention to the third wave of Covid-19 infections sweeping southern Africa and to assist the region in scaling up vaccination. Without it, it is predicted the roll-outs will take decades to complete. Read more about their call here.

Meanwhile, neighbouring Namibia is facing Covid-19’s “perfect storm”. Health and human rights lawyer Michaela Clayton writes: “Just about everyone I know is sick. So many friends and colleagues and comrades have died. I am frankly just overwhelmed and too scared to open Facebook in the morning to learn who else has died.” Read more here.

Eight by-elections scheduled for Wednesday 30 June were postponed after the country was moved to Level 4. The IEC said it could not hold free and fair elections under these circumstances. The by-elections must take place within the next 120 days. Read more here.

The recent restriction on social gatherings has forced the National Arts Festival online for the second year. The festival’s live performances were meant to kick off next week on 8 July. The festival had committed to helping artists to move their work online. Read more here. DM/MC