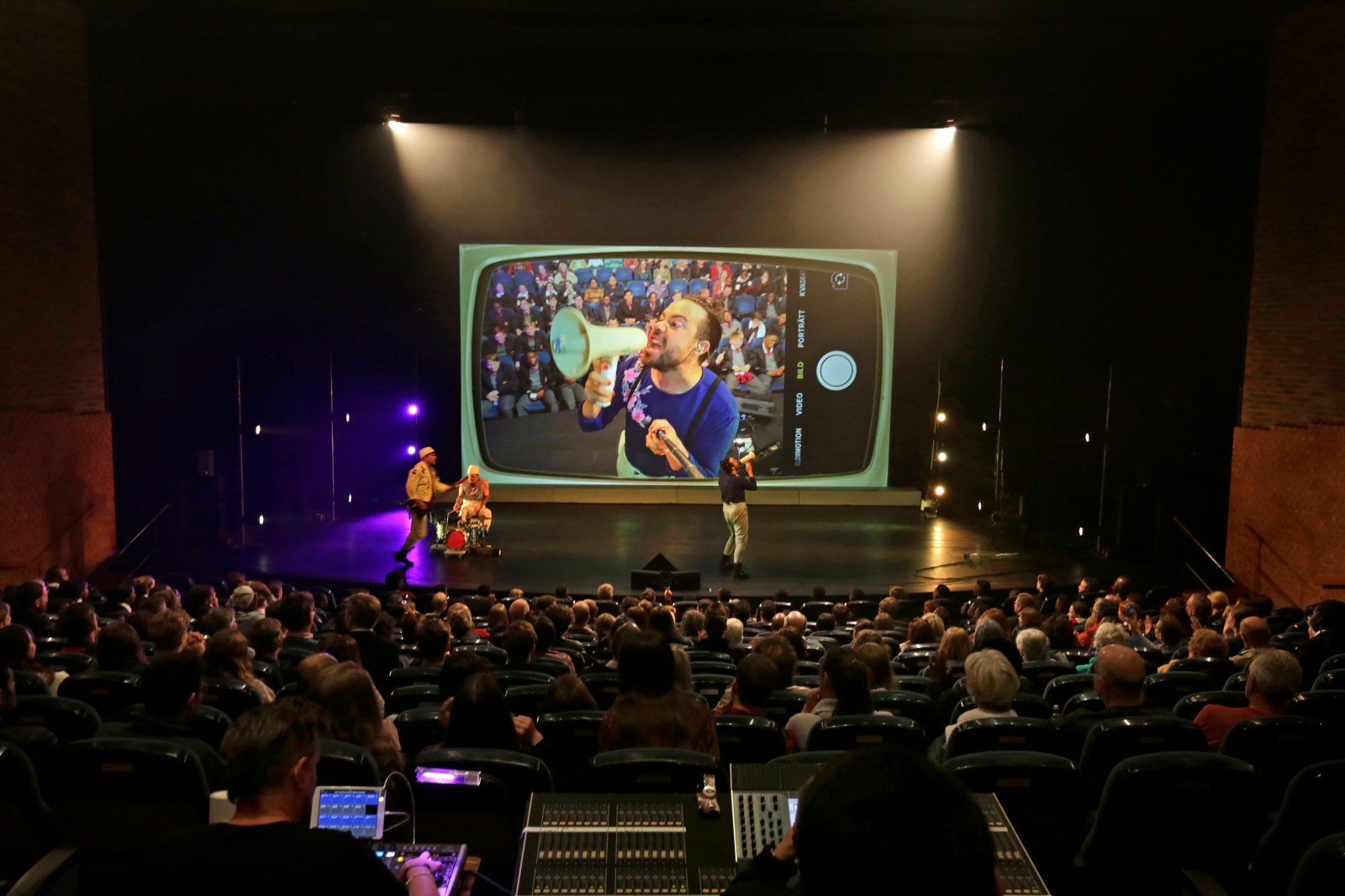 "I Am Somebody" performed at the National Arts Festival in Makhanda, Eastern Cape in 2019. Live performances at the festival have been cancelled for a second consecutive year. (Photo: Mark Wessels)

Live performances at this year’s festival have been cancelled for the second year.

Live performances at the National Arts Festival have been suspended after President Cyril Ramaphosa announced Level 4 lockdown on Sunday. Events were meant to start with the Festival on Thursday 8 July. It will now be entirely virtual.

National Arts Festival CEO Monica Newton said, “All our curated shows that are feasible for online [broadcast] are being recorded … Those shows that are not a match for the online space will be delayed and presented live at a later stage.”

She said, “The artists who were invited to present work by the Festival will still be paid and so will technicians and crew. The Standard Bank Jazz Festival will also be available online as part of the programme. Fringe artists, who present work independently and are not paid by the Festival, have been offered free filming by the National Arts Festival so that they are able to put their works online too. Many Fringe artists had created work specifically for online already.”

“This has been a roller-coaster year for the arts … The survival of the arts and the South African arts ecosystem is at stake,” she said.

Monika Gaybba, of Independent Property Consultants in Makhanda, said the suspension of live performances would impact local business. She said supporting the Festival digitally will keep the “the flame of creativity and innovation alive”.

Alex Osei, of Extension 3, an informal trader who has had a stall at the festival, said, “It was really a hopeless dream to even think that live performances would happen as part of the Festival”.

“I really feel for the artists and the venues who so desperately needed the boost of funding, as well as the peripheral business like the B&Bs, and the restaurants who so badly needed some income from tourism.”

Linda Ngamlana, of Lindrish’s B&B in Seymour Street and coordinator of Imbokodo Zase Makhanda Homestays, said, “Obviously it’s bad news but everybody understands the facts of the escalation of Covid-19 figures. Saving lives is much more important than any other thing.” DM