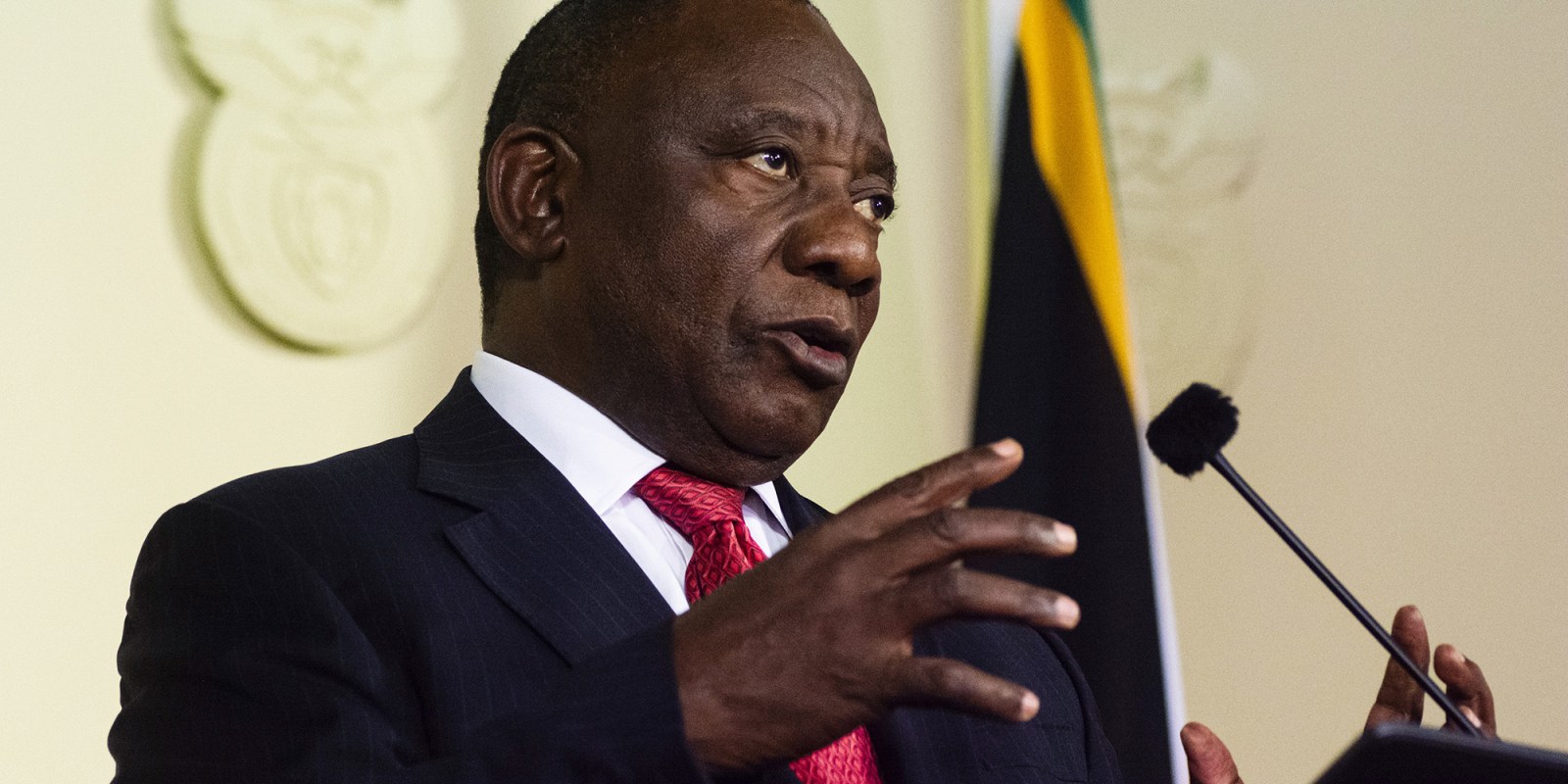 As the third wave of Covid-19 rages in Gauteng, President Cyril Ramaphosa announced that SA is moving to Level 4 lockdown. Schools must close this week and alcohol sales and gatherings are banned. Questions remain about how this lockdown will be implemented and whether it will save lives.

With little room to move on the economy while the Gauteng healthcare system is overwhelmed during the third wave of Covid-19, President Cyril Ramaphosa has announced the introduction of a Level 4 lockdown across South Africa, banning public gatherings and the sale of alcohol, while ordering all schools to close by 2 July.

In a televised address on Sunday evening, Ramaphosa, who spoke in a sombre tone, said the country would move to Adjusted Alert Level 4 to reduce person-to-person contact and flatten the rapidly increasing curve of Covid-19 cases, which have reached new peaks in Gauteng in the last week.

Twelve days earlier, the president announced the country was moving from a Level 2 to Level 3 lockdown, which saw limitations on numbers at public gatherings and restrictions on the sale of alcohol. While business forums welcomed the move, it did little to curb infection rates.

At the time, Gauteng was already two weeks into its third wave. The government’s ability to impose further restrictions on the economy was largely limited by the devastating and lasting effects of last year’s lockdowns, including rises in unemployment, poverty and hunger.

The new Level 4 regulations, which Ramaphosa said will be reviewed in 14 days, appear to be an effort to limit the spread of Covid-19 while trying to maintain the economic gains South Africa has experienced in 2021.

This isn’t the Level 4 introduced in April 2020, when we were still talking about whether online trading and outdoor exercise were permitted, but many questions remain.

Schools will start closing from Wednesday, 30 June and all schools will be expected to be closed by Friday, 2 July. Contact classes at tertiary institutions must stop by 30 June while tertiary residences can remain open.

Ramaphosa essentially announced that the winter holidays for schools will be brought forward but he did not explain whether early-childhood development centres will continue to operate.

“All gatherings – whether indoors or outdoors – are prohibited. These include religious, political, cultural and social gatherings. Funerals and cremations are permitted, but attendance may not exceed 50 people and all social distancing and health protocols must be observed,” announced the president.

Ramaphosa didn’t define a “gathering” and we’ll have to wait for the regulations to see whether, for example, sporting matches can continue.

Hospitality was one of the hardest-hit industries from last year’s lockdowns and under the new Level 4 lockdown restaurants are banned from having eat-in customers because patrons don’t wear masks while eating.

Banning alcohol, which accounts for most restaurants’ profit, is a blow to the industry and banning customers from dining in might send some businesses under (after they sell their stock of liquor on the illicit market).

Travel in and out of Gauteng is also banned, sort of. “This does not include work, business or commercial travel, transit through airports or for the transport of goods. If you are currently not in your place of residence, you will be allowed to return home to or from Gauteng,” said Ramaphosa.

Gauteng accounts for more than 60% of South Africa’s new positive cases in the third wave and it makes sense to isolate the province. But experts have repeatedly suggested that imposing new restrictions is too little, too late. As hospitals turn away patients due to a lack of beds, they’ve called on the government to properly resource facilities to ensure patients receive quality care.

Anything else, including the new regulations, is paying lip service to a pandemic.

Ramaphosa said the Gauteng health system had freed up 830 beds through postponing elective surgeries and another 400 constructed through alternative building technology, suggesting the 500 beds, of which 100 were available, at a facility near Chris Hani Baragwanath will soon come online. He said the Solidarity Fund had contributed R16-million to recruit and deploy nurses in Gauteng.

While his comments are welcome, he did not explain how Gauteng’s temporary facilities would be adequately staffed. He mentioned the Solidarity Fund’s commitment and noted the deployment of SANDF staff to hospitals, a gallant initiative that will see an extremely limited number of doctors in hospitals.

Unfortunately, it’s too little, too late.

Ramaphosa told the public that lockdowns were imposed to save the healthcare system from being overwhelmed. In Gauteng, the system is already in crisis. The government’s measures might be an attempt to limit the damage in other provinces, but they won’t save those who are looking for a bed in Johannesburg. DM