Lockdown Level 4: We’re moving to the next phase 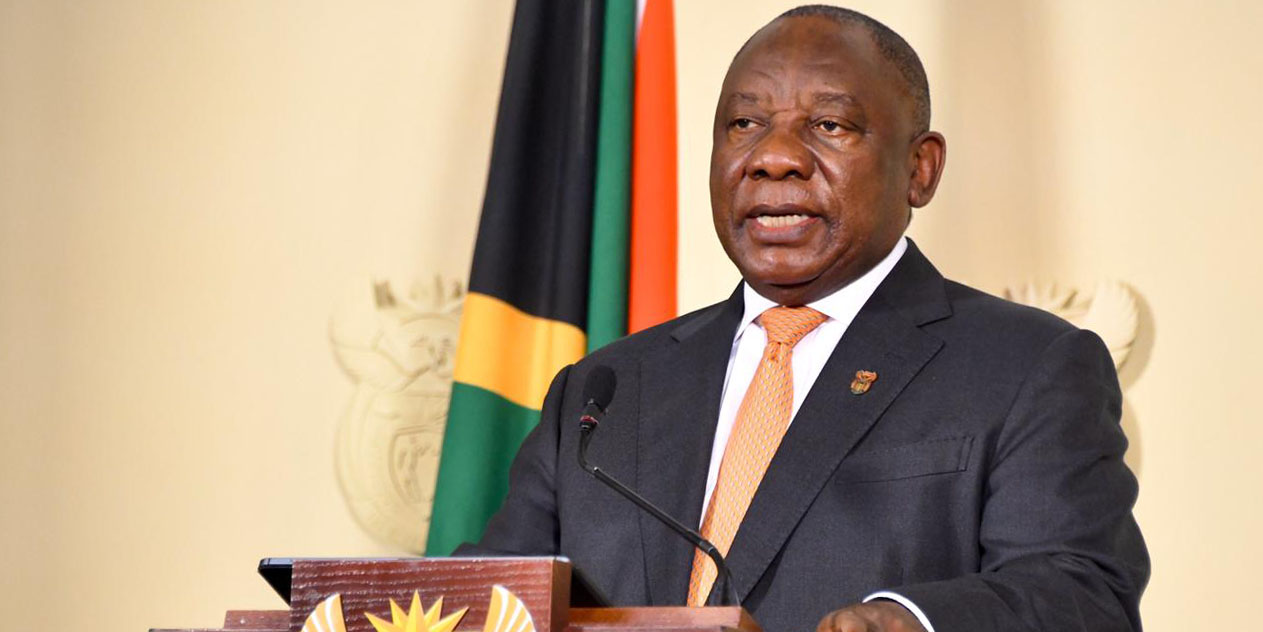 President Cyril Ramaphosa addresses the nation on Thursday 23 April 2020 on measures the country continues to undertake to contain the spread of Covid-19. (Photo: GCIS)

The phased reduction of lockdown restrictions will begin on 1 May and allow some sectors of the economy to reopen. The virus continues to spread, with the highest daily increase in infections recorded on Thursday, but businesses need to open and people need to eat.

Restrictions aimed at preventing the spread of Covid-19 will be eased starting on 1 May so that parts of the economy can reopen as the government introduces a five-level phased response, announced President Cyril Ramaphosa on Thursday evening.

The country’s “risk-adjusted strategy” will move from Level 5 to Level 4, allowing certain industries to resume operating, people to exercise under specific conditions, and an increased number of goods to be sold, including cigarettes.

Ramaphosa said that the National Coronavirus Command Council will now determine the level of alertness and restrictions imposed based on an analysis of how the virus is spreading.

There will be separate national, provincial, metropolitan and district levels. Level 5 imposes a national lockdown while Level 1 has the least strict conditions.

The president said a national lockdown was the best way to control the spread of Covid-19 but could not be sustained.

“It cannot be sustained indefinitely. Our people need to eat, they need to earn a living. Companies need to be able to produce and to trade. They need to generate revenue and keep their employees in employment.”

Under Level 4 of the phased strategy, borders will remain closed except for repatriation, and travel between provinces remains banned except for goods and exceptional circumstances. Public transport will continue to operate with limitations on capacity.

Ramaphosa said people are encouraged to stay at home, except for essential services workers and those in sectors that are permitted to reopen. Businesses that can reopen are expected to first meet health and safety guidelines to prevent the spread of the virus.

Regardless of the alert level, bars, shebeens and conference centres will remain closed and public gatherings, such as sporting, cultural and religious events will remain banned.

The president did not detail which sectors would be allowed to reopen and said ministers would next week add more detail on which industries could go back to work.

A widely shared earlier draft of the plan, which officials noted was to change, said under Level 4, food retailers would be able to sell a full line of stock, and businesses in the agricultural, forestry, financial and professional services industries could reopen.

Ramaphosa said health experts are still analysing the spread of the virus and its impact on South Africa.

“The action we take now must, therefore, be measured and incremental,” he said, urging citizens to adhere to the reduction in limitations so that Level 5 conditions are not reinstated.

The lockdown was implemented on 27 March 2020, forcing all but essential services to close. It was aimed at reducing community transmissions while preparing the health sector and ensuring it would not be overwhelmed by the demand for care.

“We have sought to avoid a massive surge in infections and an uncontrollable increase in the number of people needing medical care,” said Ramaphosa.

“There’s clear evidence that the lockdown has been working,” he added.

“By delaying the spread of the virus we have had time to prep our health facilities and mobilise some of the essential medical supplies that are needed to meet the unavoidable increase in infections.”

Initial frustrations with the lockdown were quickly eclipsed by its greatest impact: an enormous downturn in economic activity and food shortages across the country.

Millions of South Africans who lived in poverty before the outbreak of Covid-19 are struggling to feed their families while many others who aren’t working are falling below the breadline.

“As we slowly ease the lockdown restrictions, we are substantially and rapidly increasing the public health response,” said Ramaphosa.

South Africa recorded 318 new Covid-19 cases on Thursday, according to figures released by Health Minister Zweli Mkhize. It was the highest daily increase since the National Institute for Communicable Diseases (NICD) confirmed the country’s first case on 5 March 2020.

The total number of confirmed cases stands at 3,953. Western Cape, with 1,279 cases, has overtaken Gauteng, 1,252, as the epicentre of the virus. Ten new deaths were recorded on Thursday, bringing the total to 75. Mkhize said 1,473 people had recovered.

The largest number of deaths have been recorded in KwaZulu-Natal, 28, followed by Western Cape, 27, and Gauteng, eight.

The spike in confirmed cases follows the intensification of testing and screening, particularly in the public sector. A total of 143,570 tests have been conducted and 9,796 new tests were recorded overnight, 63% of which were performed by the public sector.

The government has deployed tens of thousands of community healthcare workers to conduct mass screening and testing in hot spots across the country and Mkhize said a total of 3.6 million people had been screened with over 24,000 referred for testing.

Ramaphosa on Tuesday announced a R500-billion stimulus package that included a R200-billion loan scheme in partnership with banks to help businesses pay staff and suppliers; a R50-billion increase in social grant spending; R100-billion allocated to protect and create jobs; and 250,000 food parcels to be delivered over the next two weeks.

Ministers in the National Coronavirus Command Council were due to hold a media briefing on Friday morning (23 April) to explain how the socio-economic relief measures announced by the president will be implemented. Late last night, the briefing was postponed, new time and date to be announced. DM