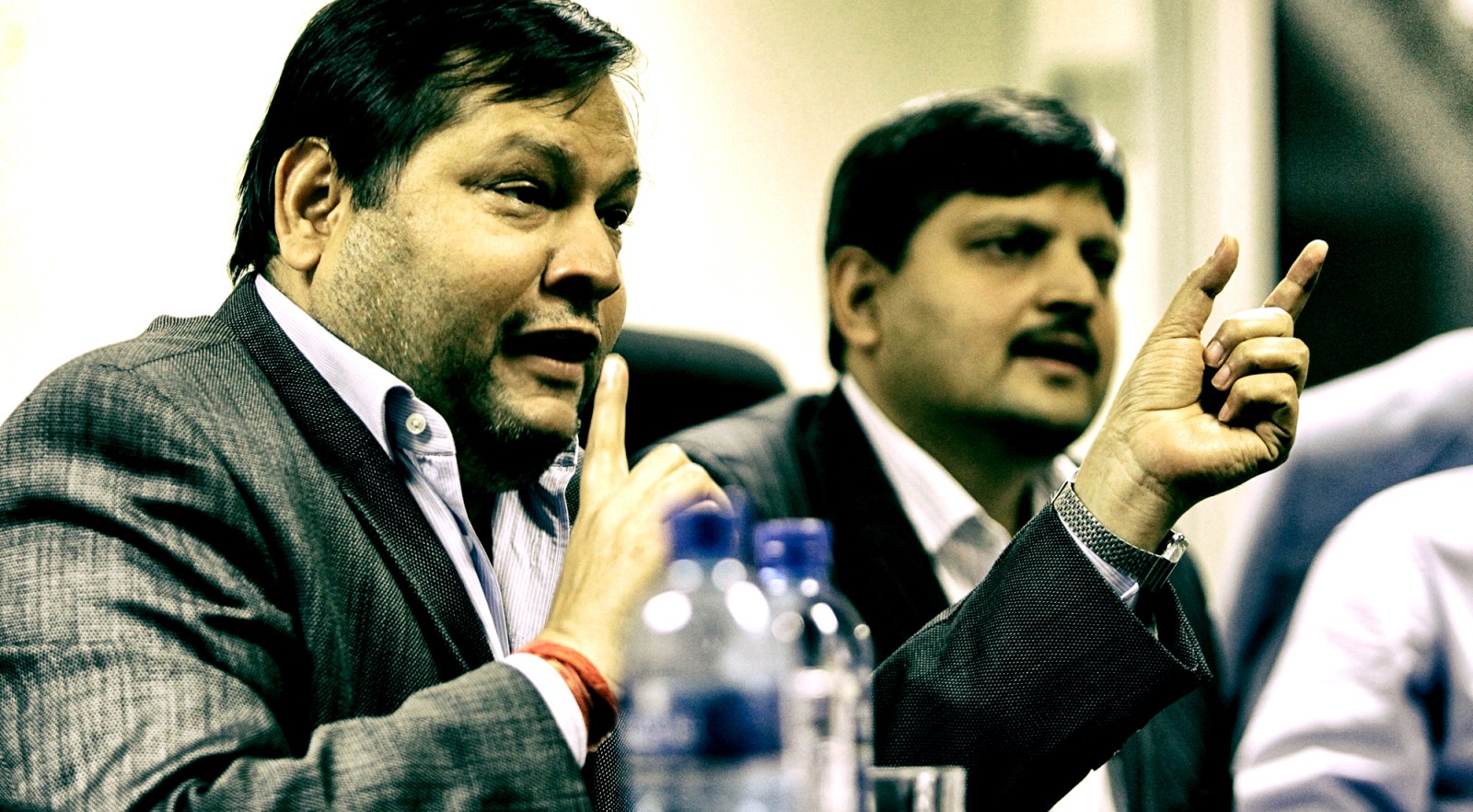 The ratification of the treaty comes after nearly three years of legal wrangling, political tap dancing and, at times, a rather unbecoming diplomatic tone from South Africa.

The United Arab Emirates — widely regarded as the home base of the Gupta family, including fugitive brothers Atul and Rajesh and their wives Chetali and Arti — has ratified an extradition treaty with South Africa.

Daily Maverick understands this was done recently, though indications are that South Africa is not brimming with excitement — just yet.

The ceremonial exchange of the treaty is yet to take place. Comment from the Department of International Relations was not immediately available.

News of the ratification comes as South African law enforcement has managed to take one criminal case featuring the Gupta name to court.

Atul and Rajesh, along with their wives, are accused with former Transnet board member Iqbal Sharma in a R24.9-million fraud and money laundering case in the Free State.

Last week, the NPA also announced it had approached Interpol for help in executing warrants of arrest for the two Gupta brothers and their wives.

This came roughly four years since the #Guptaleaks first emerged in mid-2017.

Interestingly, South Africa has not formally uttered a word about the ratification of the treaty. Instead, the UAE embassy in Pretoria released a statement announcing it on Wednesday, 9 June 2021.

Ratification is usually the final box to tick in the drawn-out process between two countries, but the UAE has required a tremendous amount of time to make this treaty a reality.

This is especially so given the pressure around the Gupta family and how much of their business dealings in South Africa has been a daily feature of the State Capture Commission since August 2018.

Negotiations for the treaty began in 2010 and took eight years to be signed.

South Africa took the treaty to Parliament within four months of its signing to kick-start the ratification process.

The ratification by the UAE comes after nearly three years of legal wrangling, political tap-dancing and, at times, a rather unbecoming diplomatic tone from South Africa.

In November 2020, Justice and Corrections Minister Ronald Lamola — addressing MPs — said the UAE was not cooperating in efforts to have the Guptas extradited to South Africa to face the music over their alleged involvement in an estimated R50-billion in State Capture crimes.

While the treaty will become an effective tool in the fight against crime, some may view the UAE’s sudden resolution of outstanding issues — for a long time it included translation of the document — as a way to manage its reputation in the international community.

The Guptas have gained significant notoriety on the international stage over the years.

The three Gupta brothers and their South African kingpin, Salim Essa, were described as members of a significant corruption network when the US Treasury, under its Global Magnitsky Act, slapped them with financial sanctions.

Former British MP Lord Peter Hain too criticised the UAE during his testimony at the Zondo Commission in November 2019.

“It seems to me, either the government, under the rule of Sheikh Mohammed bin Rashid Al Maktoum, is wilfully sheltering a family that has looted astronomical amounts from South African taxpayers, or the South African authorities don’t have the will or capacity to bring them to book.”

The Guptas hurriedly packed up and left South Africa after several South African banks terminated their bank accounts in 2016 and then things really went from bad to worse.

*In October 2016 former Finance Minister Pravin Gordhan lifted the lid on a staggering R6-billion in suspicious transactions in a High Court case.

**They then brought an unsuccessful court application to force their lone banker, India’s Bank of Baroda, to retain them as clients saying they had been left commercially impotent as a result.

*Claims that they had allegedly offered former deputy finance minister Mcebisi Jonas R600-million to work with them have also been supported by testimony at the State Capture Commission.

The State Capture hearings into fraud and corruption in the public sector amplified the allegations against the Gupta brothers.

The Guptas refused to travel to South Africa to participate in the hearings where reams of evidence have been presented of how they allegedly had a hand in Cabinet appointments and at the Boards of state-owned companies during the tenure of former president Jacob Zuma.

The UAE embassy’s announcement on Wednesday came nearly two months after that government ratified the treaty in April 2020.

But, this does not necessarily mean the Guptas have had a two-month headstart on the news. They will no doubt have had their lawyers in Dubai fully briefed to monitor the progress of the legal or legislative process in the UAE very closely — and systems will have long been put in place to prepare for any eventuality.

Furthermore, the exact whereabouts of the Gupta brothers and their spouses remain unknown. Except for an April 2018 cellphone video clip of Ajay Gupta that went viral, public sightings of the brothers have been rare.

Anecdotal evidence suggests they move between Dubai, India and Russia where they allegedly operate various businesses.

More recently, their sons and son-in-law Aakash Garg (the groom of the infamous Sun City wedding) have made appearances at business events in Uzbekistan.

It is highly possible that the Guptas continue to use the R300-million L35 mansion in Dubai’s Emerald Hills as a strategic base —  a convenient springboard to Russia and India in particular.

While the family’s former primary residence, otherwise known as the Saxonwold compound in South Africa, has become a mini ghost town, it is unlikely that the same fate would befall L35.

Their partner Salim Essa has been seen around Dubai, at least up to late 2019. He and the brothers have been throttled by financial sanctions imposed by the US government. DM

This article was updated with additional information on Thursday, 10 June 2021.