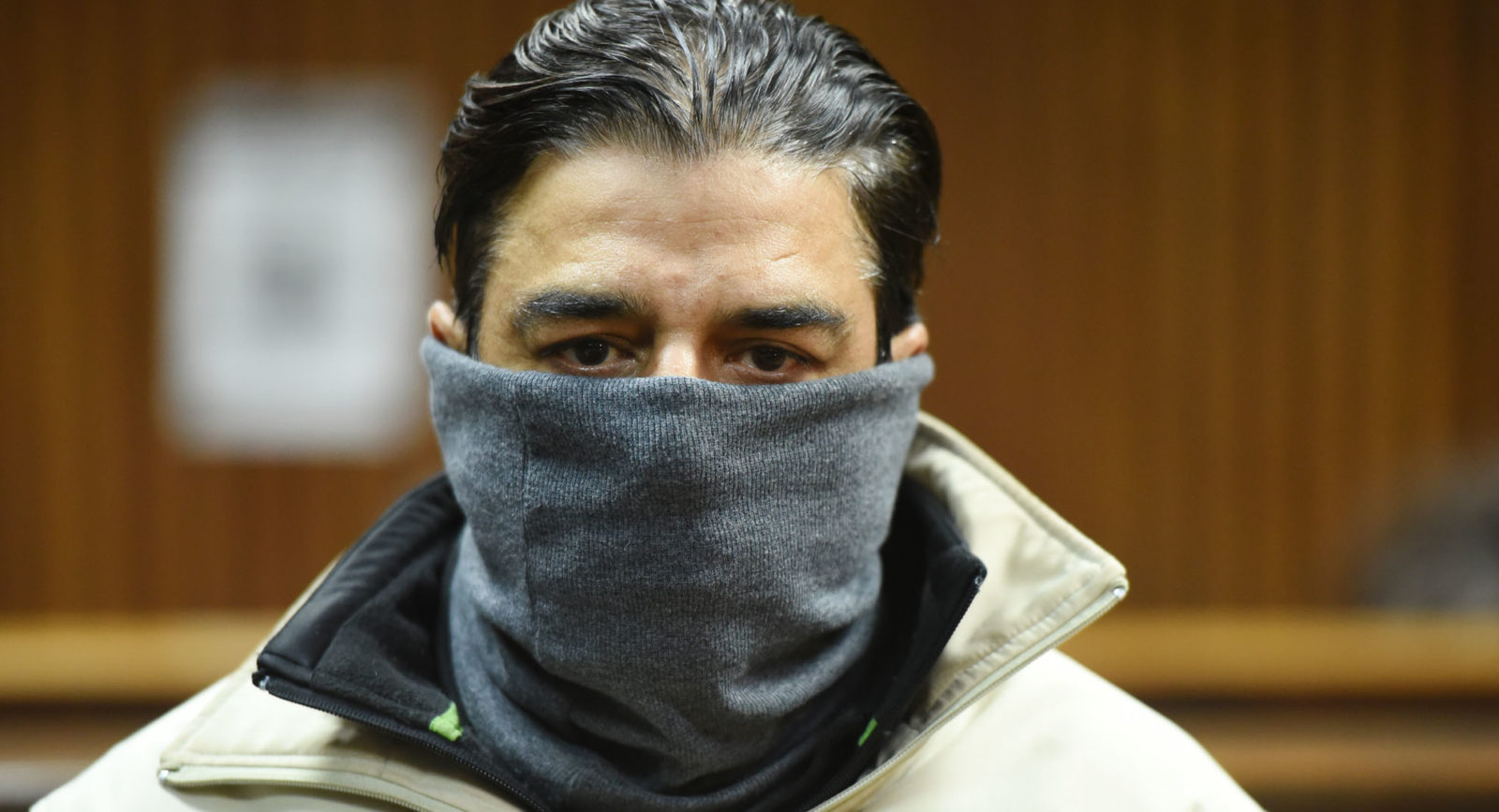 Iqbal Sharma was denied bail on Tuesday 8 June, 2021, Accused 4, he has been charged with fraud and money laundering project at the Bloemfontein magistrate court. (Photo: Lihlumelo Toyana)

In arguing against bail being granted to Iqbal Sharma, the State hit back with an arsenal of cross-border transfers from the Reserve Bank flagging alleged money-laundering concerns involving a staggering R264-million to a company he owned in a UAE Free Zone — it also found traces of Eskom cash that had moved into the account via Trillian Capital Partners.

Former Gupta associate Iqbal Sharma is to stay in custody following his arrest in connection with n R24-million fraud and money laundering case in the Free State.

The State had accused Sharma of being dishonest and deliberately concealing details about his offshore finances in his application for bail before the Bloemfontein Magistrate’s court.

Sharma, described as a “citizen of the world” and holder of a British passport and a UAE residence card, has travelled in and out of the country 128 times in just over a decade.

He speaks multiple languages, was schooled in the UK, the US, Pakistan, India and Switzerland and has the money to run — most likely to the UAE where his former ‘criminal associates,’ the Guptas, and their chief lieutenant Salim Essa now live.

Sharma presents an overwhelming flight risk and faces a minimum of 15 years in jail if convicted, said the Investigating Directorate of the National Prosecuting Authority in its efforts to keep him locked up until the end of his trial.

The wealthy Johannesburg businessman was arrested on 2 June 2021 in connection with a R24-million contract from the Free State government and is among a group facing charges of Contravention of the Public Finance Management Act, fraud and money laundering.

His co-accused include three former government officials now out on bail and Gupta brothers Atul and Rajesh as well as their wives, Chetali and Arti for whom warrants of arrest have been issued.

Assets belonging to both Sharma and the Guptas have been attached pending the outcome of the criminal case.

Mtolo said there was compelling evidence that Sharma has access to funds running into hundreds of millions of rands through his 100% ownership of an entity called Issar Global Limited, registered in the UAE’s Jebel Ali Free Zone.

Essa is or was a director of this company along with Sharma who is referenced via a British passport number (which he now claims to have lost) on the company’s documents.

“The records contain too many columns to print out in an accessible format and will accordingly be provided on a memory stick filed with this affidavit,” says Mtolo.

The deed of transfer in respect of his Morningside, Johannesburg property shows that the company owns it (See Top Billing Feature below).

Mtolo said that Sharma’s affidavit filed for bail has been “carefully framed” to give the guise of an open and honest statement when in fact, Sharma actually only disclosed what the NPA either knows or what he assumes it to have excavated for the bail hearing.

The affidavit deliberately concealed from the court the fact that Sharma’s UAE company (Issar Global) received at least R264,459,241,05 in apparent money laundering payments from SA into the company’s bank accounts in the UAE between 22 August 2016 and 8 December that year.

(Mtolo referred to those transfers in the context of evidence about  Isaar Global Limited provided by Paul Holden of Shadow World Investigations at the State Capture Commission.)

Although the NPA had had limited time to prepare its response to Sharma’s bail bid documents (it had less than 24 hours) it had already traced R275,000 of those payments to Isaar in to a set of complex  alleged money laundering transactions that go back all the way to payments that Eskom made to Trillian Management Consulting (TMC) and or another alleged Gupta enterprise called Centaur Mining.

Mtolo says while Sharma wanted the court to believe that the bulk of his estate is in SA, his local assets probably accounted for less than 10%.

In addition to a substantial number of European trips over the years, Sharma has covered a dozen different African countries and eight in Asia.

Sharma was the sole director of Nulane Investments 204, a company that landed a R24-million contract in the Free State in 2011. He is accused of having immediately outsourced the job to Deloitte for R1.5-million, a fraction of the cost to government,

He then allegedly entered into another sub-contract for exactly the same services, this time with a Gupta-linked company, Gateway Limited in Dubai.

Mtolo says the State’s case is that Sharma was the sole director and shareholder of Nulane at all material times.

And, he was allegedly the signatory on behalf of the company, who concluded a fraudulent sub-contract with Gateway that provided a pretext for the money paid by the Free State government to be laundered on to the Gupta enterprise.

The State also contended that Sharma was the signatory to a fraudulent letter to the Bank of Baroda, allegedly representing the transaction between Nulane and Gateway as an arms-length one.

And, he is no ordinary suspect. Sharma, says Mtolo, is implicated in a range of other frauds and corrupt acts which enabled the Gupta family criminal enterprise to extract corrupt payments of more than R7-billion from Transnet — these are likely to translate into additional criminal charges.

This alone, says Mtolo, is an incentive for the businessman to avoid prosecution in South Africa.

Magistrate Estelle de Lange agreed. Bail was denied and Sharma is scheduled to appear in court on 5 July 2021. DM