Scorpio: In court – the Guptas’ last-ditch attempt to keep their companies’ accounts with Bank of Baroda 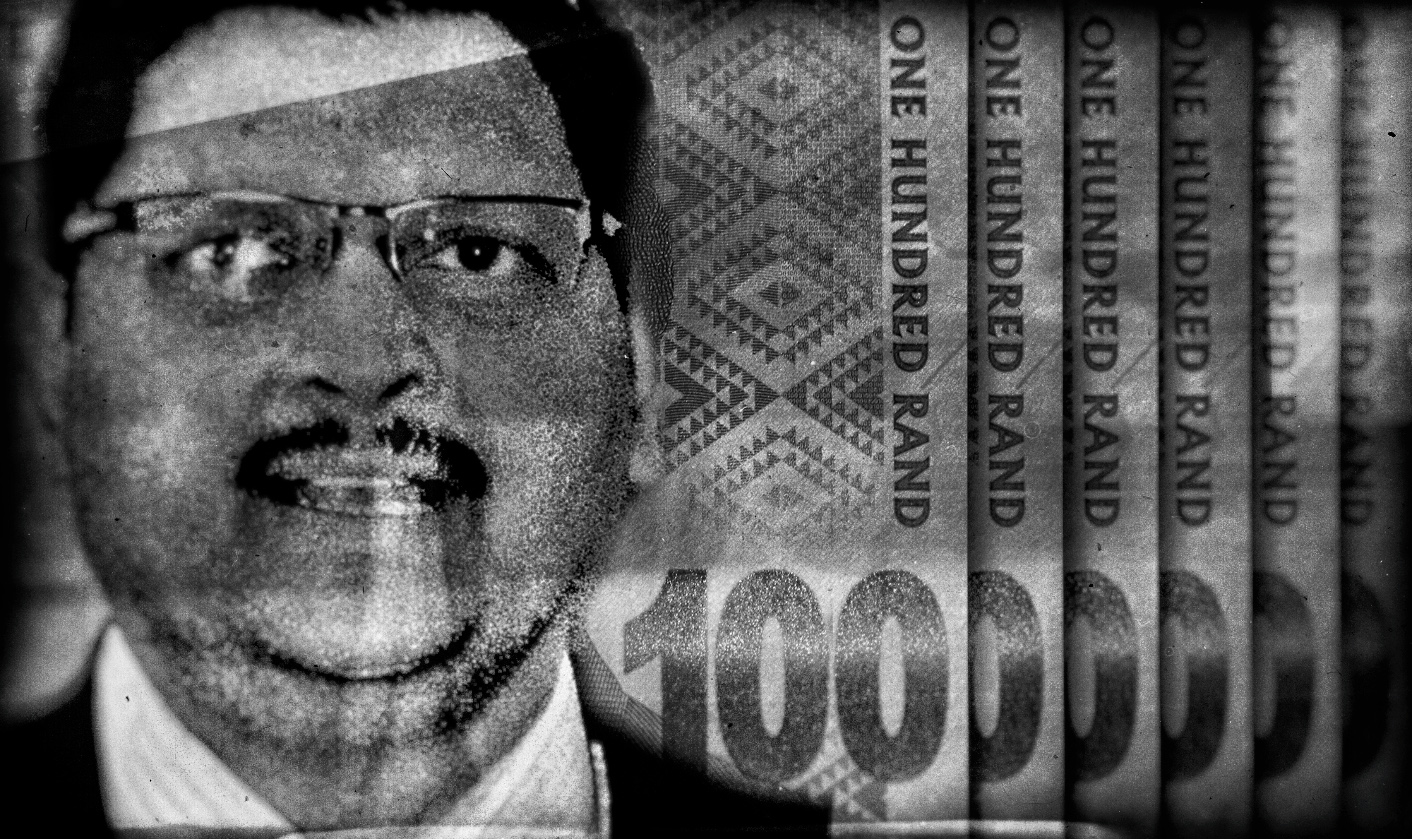 The Pretoria High Court is set for a major showdown on Friday morning when 20 companies connected to the country’s most powerful family take on their lone banker to avoid commercial impotence. By JESSICA BEZUIDENHOUT for SCORPIO.

The Bank of Baroda has – in devastating detail – explained why it can no longer entertain the high-risk, “politically exposed” Gupta empire.

Court papers filed at the High Court in Pretoria, where more than a dozen Gupta companies have brought a last-ditch bid to prevent the bank from closing their accounts, reveal how the Bank of Baroda filed 45 suspicious transaction reports to the Financial Intelligence Centre between 16 September 2016 and 14 July 2017.

These all involved Gupta-linked and -owned companies and members of the family at a staggering R4.2-billion over the 10-month period, according to an affidavit by the bank’s acting CEO in South Africa, Manoj Kumar Jha.

The Gupta companies maintain that if Baroda joins the country’s major banks by shutting them out, they would be “unbanked”, unable to pay salaries to thousands of workers and claim that it would ultimately lead to their “demise”.

Baroda, arguing that it does not have the capacity to handle Gupta accounts in view of the high level of monitoring required – it has a staff complement of just 16 – also suggests that various Gupta-owned or -controlled companies have entered into contracts with local pay agencies to disburse salaries and payments to suppliers.

One of those, court papers state, even receives SARS payments due to some of the affected companies.

Ideally the Guptas want Baroda to keep open their various company accounts until July 2019 – coincidentally the year in which South Africans go to the polls for the next general elections.

The application for an interdict, scheduled to be heard on Friday, is brought by 20 companies that are directly or indirectly owned or controlled by the Gupta family or their associates, Kumar Jha said. It comes ahead of their main hearing for longer-term banking relief due to be heard in December.

An affidavit filed by Ronica Ragavan, a director of nine of the affected Gupta companies, said closure of the accounts would render them incapable of conducting business or making payments to their suppliers.

Not only would this cause irreparable consequences for the companies and those they employ, it would also impact on the country’s economy, she said.

The companies party to the court action are all large commercial entities with a combined wage bill of R164-million a month, Ragavan said.

An existing contract with one of the private pay agencies had come to an end at the end of August and while a new contract was being negotiated, the service in any event requires the banking facilities currently provided by the Bank of Baroda.

Ragavan accused the bank of imposing an unreasonable notice period, leaving them unable to make alternative arrangements. They seek an interim order preventing the bank from terminating the accounts at the end of September, and furthermore, to stop it from demanding immediate repayment of various loans.

The South African branch of the Indian bank faced much heat for retaining the controversial family after several of the country’s major banks terminated them last year.

It now argues that the Guptas should have known it was coming. The writing was on the wall as far back as June last year when the bank declined to open any new accounts for them and set about reducing its exposure by calling up loans that resulted in the recovery of around R1.2-billion over that time.

Bank of Baroda, which is 60% owned by the government of India, officially tossed the Guptas following a board decision on 1 July and gave them three months to make alternative banking arrangements.

The Guptas went to court and a hearing is scheduled for 7 and 8 December but they now seek an interim order to compel the bank to retain them until then. They also seek an order preventing the bank from calling in loans and overdrafts extended to several of their companies.

All indications are that the tiny bank has an appetite for this battle. The affidavit submitted by Kumar Jha is unequivocal about local and international risks associated with Gupta company accounts:

“To be clear, the applicants pose the greatest risk of the Bank breaching Fica and other legal requirements.

“These allegations have been levelled by various sources including members of Cabinet, the Public Protector, Members of Parliament, civil society and journalists.”

Court papers detail a range of scandals involving the family, including the Waterkloof aircraft landing, President Jacob Zuma’s controversial firing of former finance minister Nhlanhla Nene in 2015, the former Public Protector’s State of Capture report as well as the pressure and purchase around the sale of Glencore’s Optimum Coal Mine to the Guptas.

These, whether true or not, the bank argues, do not bode well for a continued relationship with the Guptas. These are deemed “bald” and unsubstantiated concerns by the companies.

All this, Kumar Jha said, was compounded by the #GuptaLeaks that have come “to add fuel to the fire” as new allegations of unlawful conduct now surface almost daily.

The #GuptaLeaks is a trove of hundreds of thousands of leaked Gupta emails that have exposed the extent of the family’s power and influence over key individuals in strategic arms of the South African government.

It has lifted the lid on billions of rand in alleged kickbacks paid to Gupta-linked companies from work awarded to local and international entities by state-owned companies, mainly through captured individuals.

Kumar Jha said with a judicial commission of inquiry and a motion for a parliamentary ad hoc committee into state capture both pending, the scandal surrounding the Guptas appear to be going nowhere and Bank of Baroda can no longer afford the legal, commercial and reputational risk of doing business with them.

The bank has a well-founded fear that it will suffer further risk in the event that they retain the Gupta companies – not just locally through their correspondent bank, Nedbank, but also internationally as it also operates in the US, the UK and the UAE.

Continuing to do business with them imposes “onerous legal duties” on the bank to monitor their accounts and to report suspicious and unusual transactions. Failure to do so would expose the bank to severe fines. Kumar Jha confirmed a SA Reserve Bank fine of R11-million issued in June.

Kumar Jha also accused the Gupta companies of trying to compel Bank of Baroda to do with business with them – against the bank’s will – while they failed to take action against any of the other banks who dumped them.

He said Baroda was merely one in a long line of banks that have ditched them and was not the last to have done so.

Instead, Kumar Jha said, the Gupta network of companies have singled out the Bank of Baroda and seek to compel the bank to provide them with services that, on their own version, no other bank is willing to provide.

And they appear to want it to be business as usual, for the bank to allow them to run the accounts just like they did before the termination notices were served on 6 July.

Kumar Jha said part of the Gupta companies’ application seeks an order that the bank could not impose any new limits or constraints on their accounts, even if the bank was required to make such changes to comply with its anti-money laundering duties under Fica or to avoid being party to unlawful activities.

The bank also argues that it cannot be held accountable for the failure by the affected companies to make alternative banking arrangements.

The Gupta companies argue that Baroda’s termination of their respective accounts is unlawful, unreasonable and irrational and that it is in violation of the bank’s own Code of Conduct as well as the SA Banking Code.

It said that part of the bank’s argument in which it lists various controversies involving the family’s political connections was not new. Some of those allegations had been around since 2015 yet Bank of Baroda had never raised an issue over this, papers state.

“The relief sought in this application is inherently and self-evidently urgent.”

Unless granted, the Gupta companies would not be able to obtain relief in court other than through damages claims which would be almost impossible to quantify and which could not make up for the “extreme prejudice” that will have been suffered as a result of the closure of their accounts.

The embattled Gupta companies appear to have had a torrid time trying to find new bankers for their business.

The court papers detail how, after trying dozens of local and foreign banks – including Grindrod, Sasfin, uBank, HBZ and Capitec – their efforts and calls either went unanswered or were met with responses like “application unsuccessful”, “don’t offer current accounts” or simply “senior management said ‘no’”. DM