It seems that I was deceived, former Transnet CFO Anoj Singh tells inquiry 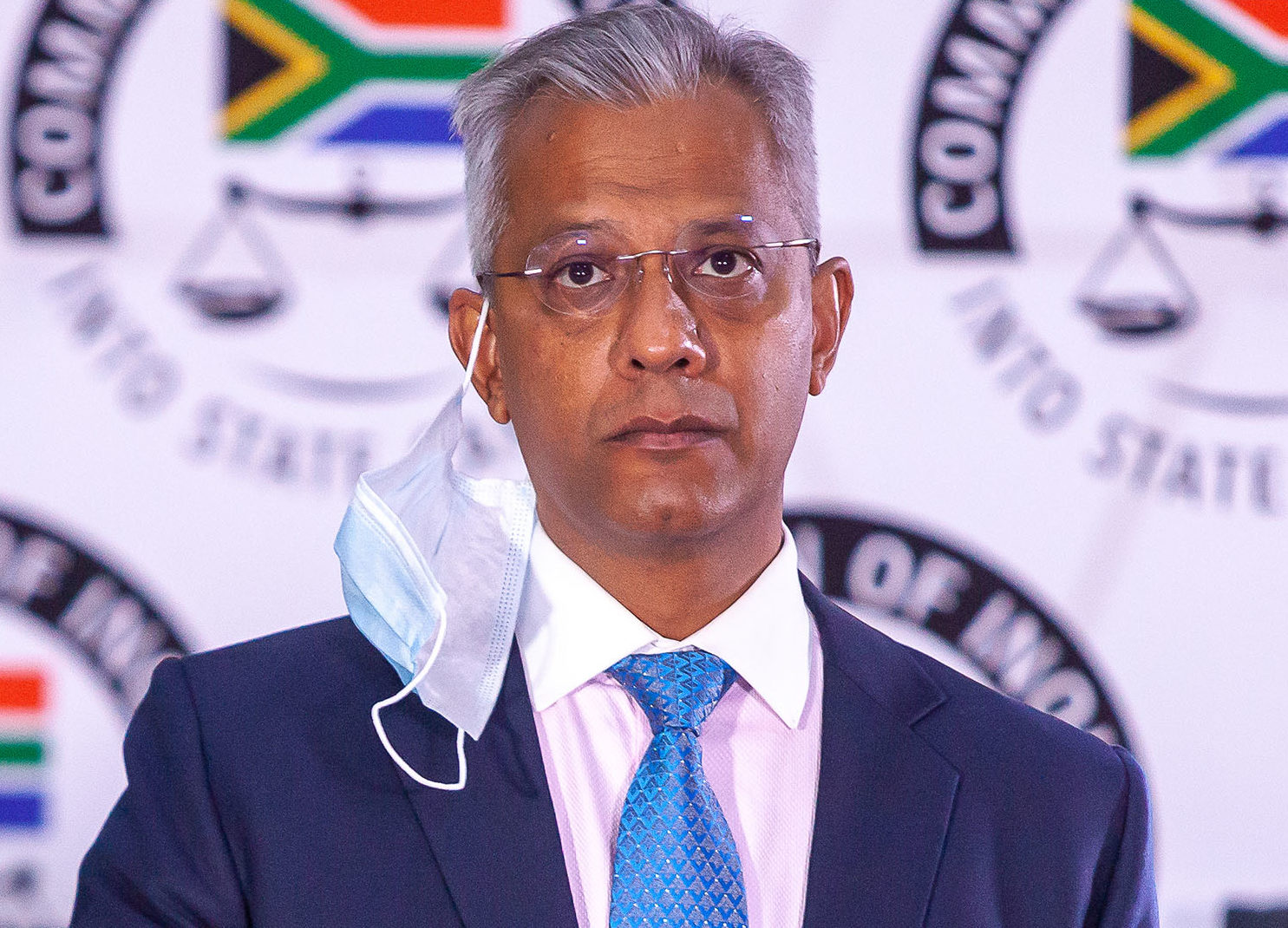 Former Transnet CFO Anoj Singh testifies at the Commission of Inquiry into State Capture in Johannesburg on May 27 2021. (Photo: Gallo Images / Papi Morake)

Anoj Singh said he was not party to the knowledge that Regiments Capital, owned by Salim Essa, had links to a Gupta-linked alleged money laundering firm called Albatime.

On Thursday before the State Capture Inquiry, former Transnet chief financial officer (CFO) Anoj Singh claimed to have no recollection about behind the scenes dealings by Regiments Capital, owned by Gupta associate Salim Essa.

Singh was at the inquiry to testify about his involvement in the increased payments given to Regiments, a consultancy firm that provided financial advice to Transnet during its project to acquire 1,064 locomotives. Regiments worked with McKinsey & Co, another consultancy firm, on the project.

In March, former Transnet CEO Brian Molefe told the inquiry he had trusted Singh’s recommendations on the deal, specifically on an increase in costs. In April 2014, Molefe approved increased payments to Regiments Capital. Singh, who was CFO at the time, prepared a memorandum in which Regiments’ payments increased from R21-million to R99.5-million.

Regiments Capital was owned by Essa, a known associate of the Gupta family. Trillian whistle-blower Mosilo Mothepu told Parliament in 2017 that Essa and associate Kuben Moodley received a 50c commission on every rand that was earned through clients such as state-owned entities Transnet, Denel and South African Airways.

Essa, who has since relocated to Dubai, sent the inquiry a letter in March, threatening legal action after he claimed the inquiry defamed him, reported TimesLIVE.

Read in Daily Maverick: AmaBhungane: The Trojan Horse that wheeled R600m out of state-owned entities

On Thursday Singh denied he met with Regiments before the locomotives deal took place. Inquiry chairman Deputy Chief Justice Raymond Zondo told Singh one of the inquiry’s goals was to figure out how “this thing” (State Capture) happened.

Zondo asked Singh whether he was “incompetent or part of the deceived”.

This prompted Transnet evidence leader Anton Myburgh SC to ask: “It seemed you were deceived or scammed?”

“It would seem so,” said Singh.

Myburgh asked Singh if he knew that Albatime was an alleged money laundering business linked to the Gupta family. Singh replied that he was not party to this information.

When Myburgh asked if there was anything Singh could have done differently, Singh insisted the transactions were mere “allegations” at this point.

Singh was acting CFO at Transnet from 2009 and was then appointed as the state agency’s CFO. In 2015, Singh was seconded to Eskom as its CFO. In 2018, he officially resigned from Eskom, following a suspension the previous year.

In 2020, the chartered accountants’ oversight body, the SA Institute of Chartered Accountants, found Singh guilty of 12 out of 18 charges of misconduct and revoked his membership. This means that Singh is no longer a chartered accountant, as only members of the institute are able to use the term.

Zondo said Singh would be needed back at the inquiry on Friday for further testimony. DM