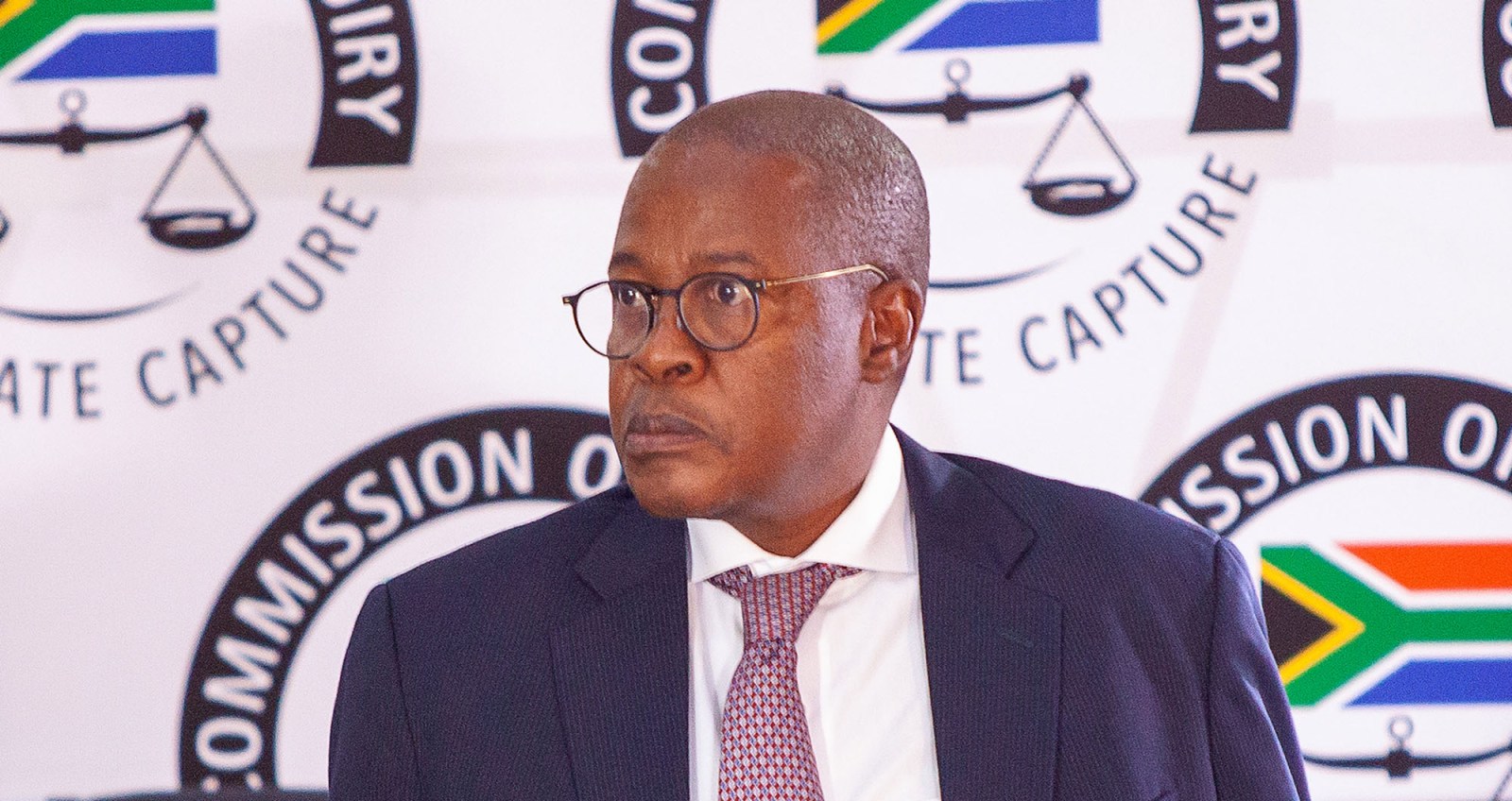 Former Transnet CEO Brian Molefe has defended his decision to pay Regiments Capital more than double the fee it was contractually owed for providing financial advice on the freight company’s 1,064 locomotive acquisition programme, telling the State Capture Commission he trusted his colleagues and believed he was rewarding a well-performing service provider.

In April 2014, Molefe approved a memorandum prepared by his CFO, Anoj Singh, to increase payments to the Gupta-linked company from R21-million to R99.5-million, purportedly rewarding the company for saving Transnet R2.8-billion.

McKinsey had partnered with Regiments to provide financial advice on Transnet’s locomotive acquisition programme only after Transnet, in a memo prepared by Singh, told the global management consulting firm to find another local partner after it claimed its original partner, Letsema, had a conflict of interest.

McKinsey later ceded the contract to Regiments, which was never part of a competitive bidding process in the deal, one of a number of contracts Regiments was awarded under Molefe’s leadership that did not go to tender.

Regiments asked Transnet to increase its fees after it claimed to have saved the state-owned entity R2.8-billion, which was initially rejected.

Then Singh prepared a memo recommending Regiments be paid an extra R78.4-million, which Molefe approved.

“I didn’t do it because I like Regiments,” Molefe told the State Capture Commission on Tuesday.

“I did it because there was R2.8-billion on the table.”

Evidence leader Anton Myburgh SC quoted from an MNS Attorneys report, which found that Regiments did not, in fact, save Transnet R2.8-billion. It found that those savings came from JP Morgan, which hedged the financial risk, and Transnet’s own team, which limited foreign exchange risks.

Myburgh referred to a memo written by Transnet supply chain official Edward Thomas that objected to Regiments’ pay increase, saying the company was already being compensated for the benefits it claimed to have achieved.

Molefe said he never received the memo and he trusted Singh’s advice.

Singh has since been barred from the SA Institute of Chartered Accountants for charges related to his failure to contain costs regarding the 1,064 locomotives programme, among other issues. He is expected to appear at the commission this week.

“The fact that Mr Singh had recommended it was sufficient to me,” said Molefe.

Deputy Chief Justice Raymond Zondo asked, “Of course, if any service provider says to you, ‘Please, let’s revise my remuneration package’ or, ‘Let’s revise how much you are going to pay me because I’ve saved you so much,’ before you agree to the revision, you would need to satisfy yourself that the statement that they have saved you so much is factually correct. So are you saying that in this particular case you didn’t do that or you accepted their word or not really?”

Molefe said, “All I’m saying is that the representation that was made to me is that there were savings and I trusted the bona fides of the people that I work with, my colleagues, that this was in fact the case.”

Molefe, who is fond of analogies, said a CEO needs to trust his employees, not stick his hands out the window to check when they tell you it’s raining.

He cast doubt on the MNS investigation, referring to reports that suggested the law firm may have been improperly appointed to investigate issues at Transnet.

While Molefe said there was nothing out of line in his decision to increase the payment to Regiments, Myburgh said half the fees Transnet paid to Regiments in various deals have been shown to have been laundered by Gupta lieutenant Salim Essa’s shelf companies.

Molefe has testified that he did not know Essa but he had a close relationship with the Gupta family. He reacted angrily to the suggestion that he might have known Transnet’s payments to Regiments were going to be used for money laundering.

“I’m not here to answer what is in Mr Myburgh’s head or confirm his conspiracy theory. I’m here to give evidence and my objective evidence is that I approved this because there is R2.8-billion on the table and I did not know that Mr Essa was involved,” said Molefe.

He was also questioned about a number of Transnet’s locomotive acquisition deals, including the 100 it bought from China’s CSR for R4.4-billion, despite an earlier estimate that they would cost R3.8-billion.

Transnet had initially planned to give the contract to the company Mitsui, which it had worked with before and quoted R3.18-billion, but Molefe and Singh decided to give the deal to CSR as there were reports of Mitsui trains breaking down and to avoid creating a monopoly.

Molefe rubbished testimony that the CSR contract price was excessive and unreasonable, claiming that such estimates are not a science. He questioned the authors of the expert evidence that Myburgh was quoting. “This is not a science,” he said on the various estimates.

Molefe has repeatedly called on the commission to provide hard evidence that he was involved in State Capture. He hasn’t responded to any of the notices he’s received of witnesses who implicated him, or applied to cross-examine any witnesses.

“Is your sense that you haven’t even been implicated in wrongdoing?” asked Myburgh.

“I can’t recall that any one of them implicated me in wrongdoing. They talked about me,” Molefe said.

When he appeared at the commission regarding his time as Eskom CEO, Molefe claimed he had been persecuted for taking a hardline on Glencore in regards to Optimum Coal, whose former chairperson was President Cyril Ramaphosa.

He has suggested that witnesses who have implicated him might have been pressured by the commission or were looking to protect their jobs.

“I also deny any suggestion that I knew or intended that these contracts would be used for money laundering or any other purpose other than what was contained in the memoranda that I have signed.”

Molefe will continue to give evidence on Thursday and is expected to face further questions on Transnet’s locomotive acquisition programme. DM