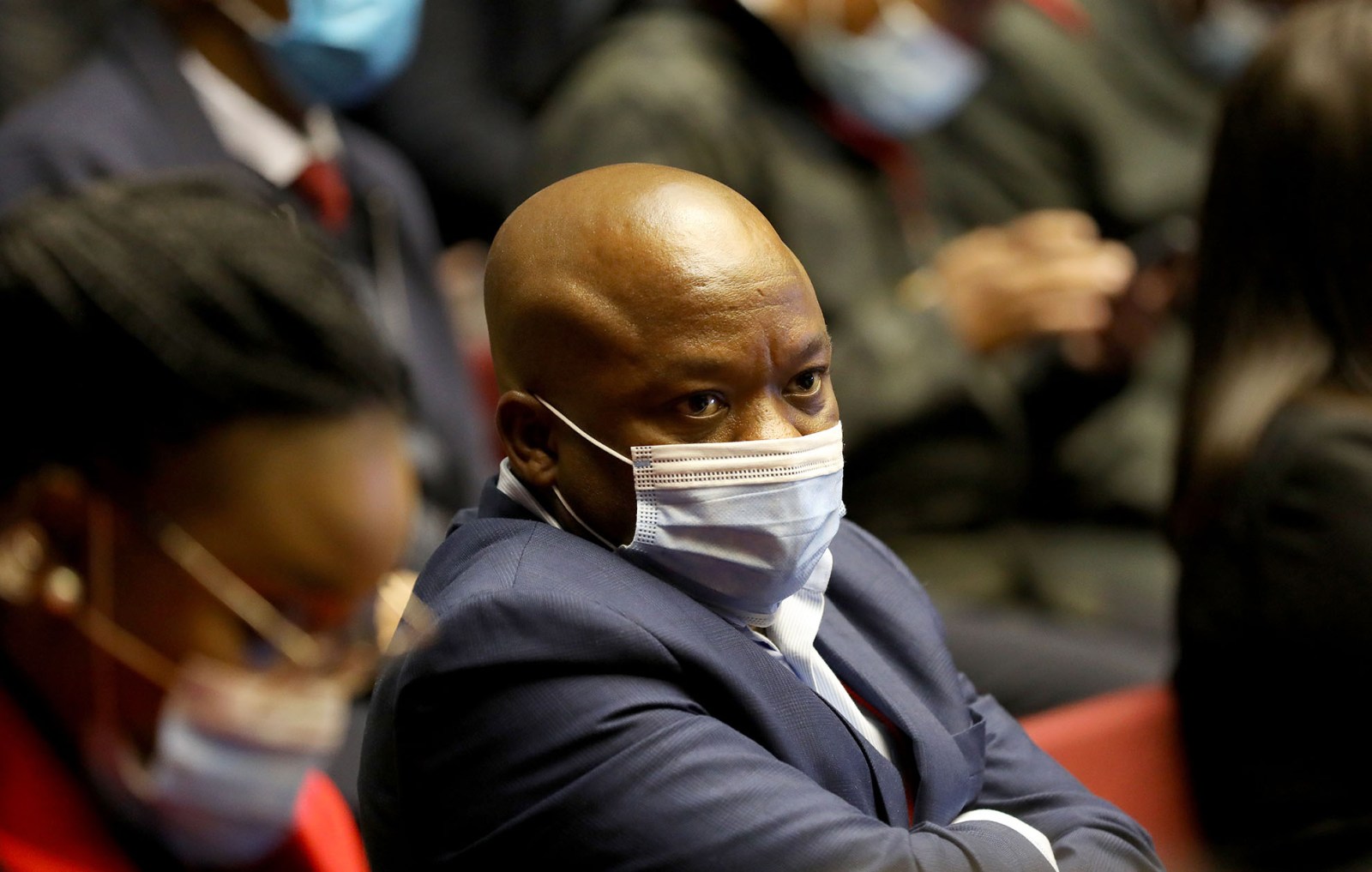 As power within the ANC ebbs and flows from one faction to another, the actions of some individuals can serve as a useful indicator of the shifts in this power. One such precision instrument could be Sihle Zikalala, the leader of the ANC in KwaZulu-Natal and the premier of the province.

On Monday, KwaZulu-Natal Premier and leader of the ANC in that province, Sihle Zikalala, showed his apparent backing for Jacob Zuma, addressing the former president’s supporters from a stage.

Up until at least halfway through 2017 Zikalala’s support for Zuma appeared rock solid. Then, after Nasrec, it appeared that he was slowly moving towards the faction of President Cyril Ramaphosa.

How, then, do we read this week’s actions?

To start, it is important to consider Zikalala’s long history in the ANC.

In 2007, at Polokwane, he was the secretary-general of the ANC Youth League, and was one of those who objected to the use of electronic voting systems to count votes in the leadership election.

Then, he backed the wrong leader in trying to get Saki Mofokeng to succeed Fikile Mbalula as leader of the ANC Youth League in 2008, in an election that was overshadowed by the unfortunate disrobing of one delegate (who was so disgusted with the conference that he bared his buttocks to other members).

Zikalala was on the losing side of what turned out to be the birth of a whole new political era, as the position was won by Julius Malema.

From there he went back to his home province of KZN, and was elected leader of the ANC in that province in 2015. The person he beat was the province’s incumbent chair, Senzo Mchunu, who later also lost that fateful election for the position of secretary-general of the ANC at Nasrec to Ace Magashule by those famous 24 votes.

During this time Zuma was a dominant political force in a way that’s difficult to imagine these days. The main buttress of that power was his support in KZN, marshalled for a time by Zikalala.

In 2017, Zikalala, as MEC for Economic Development, had to go to Davos in Switzerland, as part of the South African delegation.

During a speech in which the then deputy president, Cyril Ramaphosa, appeared to almost announce his candidacy for president of the ANC through coded language, he, the then finance minister, Pravin Gordhan, and others were the toast of business. Gordhan referred to many of the people there as “white and black monopoly capital”.

While people on the CR side of things were holding forth, Zikalala was seated, almost alone, in an empty cluster of chairs.

As the leader of the KZN ANC (then and now) he was one of the most important SA political figures at Davos.

Then, in July that year, during the ANC’s policy conference, the issue of expropriation of land without compensation began to build momentum, demonstrating where different people stood on the issue, and whether they supported Nkosazana Dlamini Zuma or Ramaphosa.

At the time the KZN ANC was proposing, through Zikalala, a referendum on land.

At that moment there were few more divisive issues on which to have a popular vote. It could have torn the country in two.

That same year, Zikalala also suggested that the person who lost the Nasrec conference should automatically become the deputy leader of the ANC, a suggestion which could have forced some unity within the organisation.

But then came Nasrec, and the election of Ramaphosa as leader.

And the ANC in KZN still needed to hold a proper leadership election.

The first time round, in early 2018, a peace deal between the two main factions was scuppered – apparently because the newly deposed Zuma was against it.

However, several weeks later a deal was secured and what was called a “zebra leadership” was voted in. It involved people from the two main factions of the ANC, which is how Zikalala became the leader, with Mike Mabuyakhulu as his deputy.

The nature of this deal led to the KZN ANC’s leadership adopting a cautious tone.

But the arrangement was handed a grenade when the then-mayor of eThekwini, Zandile Gumede, was formally charged with corruption.

The length of time it took the leadership to decide what to do with her demonstrated the complexity of the issue. Removing her because of the charges she faced would have involved implementing a Nasrec resolution which would indicate the province backing Ramaphosa’s agenda. Failing to remove her would mean the leadership was actively opposing Ramaphosa.

In the end, Gumede and another mayor were removed, ostensibly on the grounds of poor performance.

It seemed then, that perhaps Zikalala and his province were following the shift in power, moving slowly away from Zuma and towards Ramaphosa.

This takes us to the events of Monday, where Zikalala spoke in support of Zuma outside the Pietermaritzburg High Court.

Zikalala said, “As the ANC, we want to make it clear that we want to negotiate and engage with the NEC and our attendance here today is based on the understanding that we stand with President Zuma, even today.”

This is perhaps the biggest indication that Zikalala’s apparent support of Zuma is not genuine, and the booing was an expression of anger at his recent conduct.

Ntuli said the people who did the booing were not from KZN. He said it was a deliberate attempt to try to “destabilise” the province politically.

This shows how angry both he and (presumably) Zikalala were at the incident.

But they could also say they were merely fulfilling an earlier ANC decision.

In 2018, when Zuma perhaps had more support than he does now, when the ANC did not attend his court appearances people from other “movements”, such as the Bell Pottinger-supported Black First Land First movement did. Thus, to prevent recurrences of this nature the ANC decided its structures should attend Zuma’s court appearances.

This leads to the more important question:

Did Zikalala and Ntuli want to support Zuma or was it a political necessity for some other reason? Either to protect the ANC, or to try to avoid more disharmony in the province?

This suggests there is an ambiguity to Zikalala’s support for Zuma, hence the booing.

This could also be a deliberate strategy. Zikalala may need to demonstrate his power, and that he is available for discussions with various factions, while also maintaining that he is a disciplined cadre.

However, it would be difficult to imagine that Zikalala would not follow the power. He has shown a remarkable ability to read the power shifts.

Next year is an election year in the ANC and Zikalala may now be wanting to move out of provincial politics, to try and parlay his influence as leader of the KZN ANC into something on the national stage, either as a player or a kingmaker.

To do this he has to show he has influence. Also, his experience of managing a highly contested province of the ANC could be vital in any position in the party’s national leadership (especially if the ANC were looking for a new secretary-general…). This could make him attractive to factions gearing up for a fight.

It may well be this ambition that comes closest to explaining both his past actions and his actions this week in Pietermaritzburg. DM