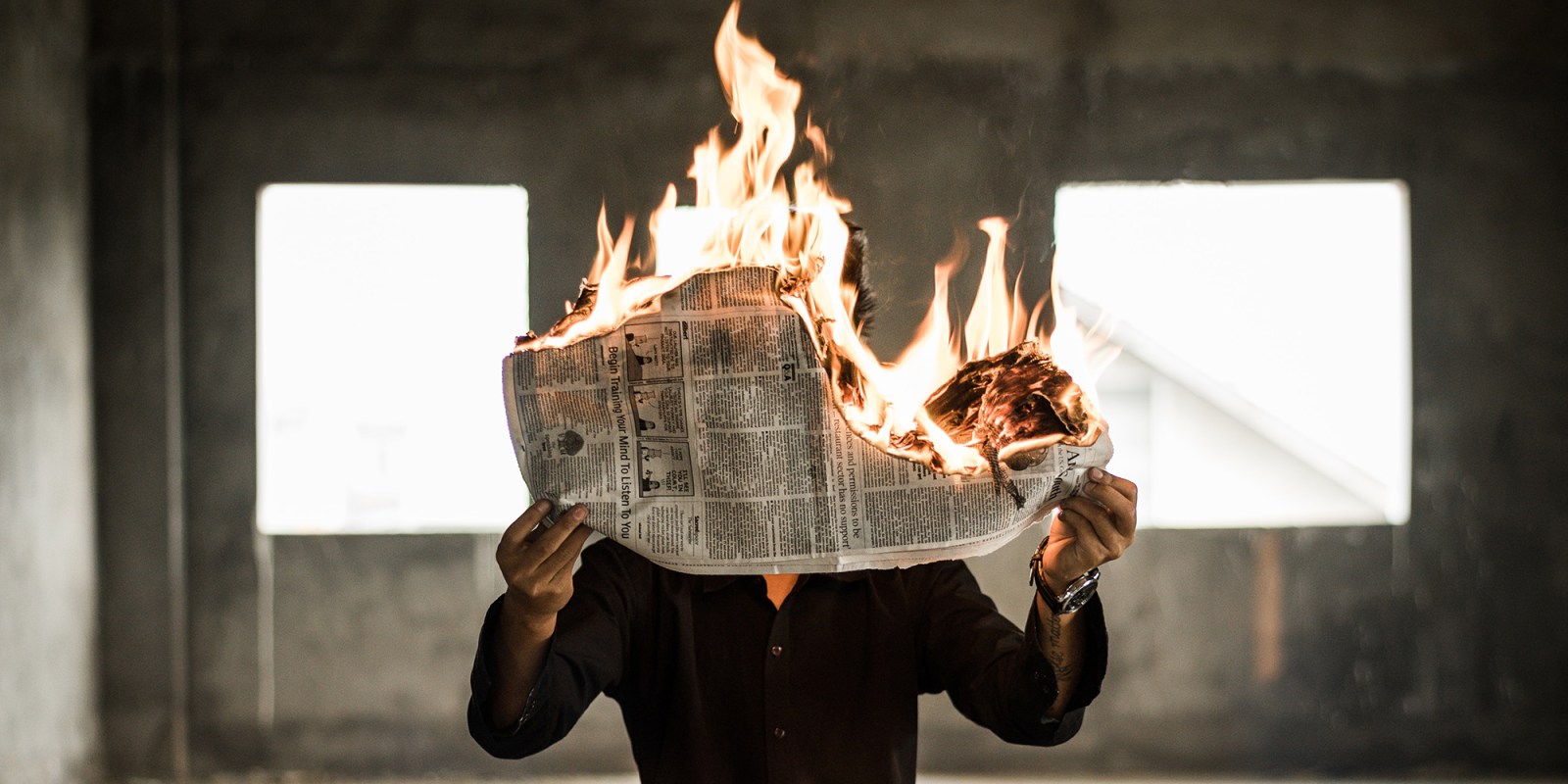 As the Covid-19 pandemic continues to wreak havoc in our country, those who seek to cause confusion, chaos, and public harm have powerful tools of mis- and disinformation to do just that. This week, as we celebrate World Press Freedom Day, we focus on how disinformation has an impact on journalists and journalism.

It was a big week for our media, appearing before the Zondo Commission we heard President Cyril Ramaphosa highlighting not only the critical role of the media in a democracy but also commending the Fourth Estate saying: “I will commend the role of the media; the media has played a phenomenal role in investigating State Capture, bringing it to light and continuously reporting on it.” He had also noted the Gupta Leaks were a turning point. Talking about this in an interview on Cape Talk, Daily Maverick associate editor Ferial Haffajee said, “I did feel cold comfort from those words today – a couple more of my colleagues did think it was a significant moment of recognition for the media’s role.”

While there may be varying degrees of dissatisfaction with Ramaphosa’s input, his statements on the role of the media should not be underestimated.

To have a sitting president of a democracy not just recognise the importance of the media, but sing its praises and emphasise the critical role it has played in exposing wrongdoing, in his formal sworn testimony, is powerful. Of course, it shouldn’t be so exceptional, but looking back over the last few years we have seen traditionally democratic nations undermining the role, credibility and trust in the media as a pillar of democracy.

It will take years to recover from the disinformation promoting Trump. For other developing democracies, things are looking worse for the media under Jair Bolsonaro in Brazil and in India under neo-fascist Narendra Modi. South Africa may have dropped one place in the recent World Press Freedom Index, but we are above the UK and several other  “developed” nations.

Ramaphosa’s comments also sent a strong signal to the ANC, where just a few weeks before, reports on the corruption were seemingly dismissed out of hand as racist. Let’s be clear: racism is a massive problem in the media and society generally, using it as an excuse however to divert attention is demeaning and a tactic of scoundrels.

At the same time we know the World Press Freedom Index declared our continent to be the most dangerous for journalists, and while we did fare relatively well we know that threats and harassment of our journalists has recently been getting worse.

These factors alone make the importance of what Ramaphosa said all the more significant. It really is important that the sitting president made the comments to shore up the media as a pillar of democracy and also our constitutional framework.

In the same interview referred to earlier, Haffajee added to her comment on cold comfort by saying, “hopefully it lays the ground to ensure that next time there’s a set of GuptaLeaks, Daily Maverick, News24, amaBhungane won’t simply be attacked as racist people who want to ensure ‘regime change’.” Haffajee makes a critical point: For all that we must celebrate the comments made by Ramaphosa, we need more. We need action to be taken to protect our journalists. Ramaphosa spoke about the need to do more to protect whistleblowers – Praise the Lord – but what about our journalists?

Like maggots and an infected wound, threats against our journalists and disinformation frequently go hand in hand. It wasn’t too long ago that we saw how, in addition to a cash-flush disinformation campaign, Bell Pottinger also saw fit to ensure journalists were attacked, ridiculed, abused, dehumanised and subjected to disinformation in order to undermine their reporting. It is a challenge that is gendered and referred to in a recent Unesco report, correctly in our view, as an “escalating freedom of expression crisis”.

“Online violence has since become a new frontline in journalism safety – a particularly dangerous trend for women journalists. The psychological, physical, and digital safety and security impacts associated with this escalating freedom of expression crisis are overlapping, converging and frequently inseparable. The phenomenon can be defined as a combination of: often brutal, prolific online harassment and abuse, including targeted attacks that frequently involve threats of physical and/or sexual violence; digital privacy and security breaches that can expose identifying information and exacerbate offline safety threats facing women journalists and their sources; and coordinated disinformation campaigns leveraging misogyny and other forms of hate speech.” (Online violence against women journalists: A global snapshot of incidence and impacts)

A few weeks ago we saw attacks and threats against journalists simply doing their jobs, like Sli Masikane and Pule Letshwiti-Jones for eNCA.  The silence of political leaders across the spectrum was deafening. Where was the ANC, EFF, DA, ACDP, IFP, Parliament, and the Presidency then? It isn’t just eNCA, but journalists from GroundUp, SABC, and small commercial publishers have been threatened in the past six months.

It is the silence that effectively condones the actions, and in that silence more attacks and more disinformation will flourish. It’s a festering cycle where the more attacks are permitted, the more likely worse things can be said, the less reliance on accurate information, the less authority on credibility, and the more dangerous it is for journalists to do their job.

In such catastrophically diseased scenarios, it isn’t only journalism that dies but democracy.

So this 3 May, get out there, take out a subscription, hold the media accountable and fight disinformation: every small step to protect our democracy makes it that much easier to protect (and less likely that disinformation will spread), making it a tiny bit safer for our media.

Safer journalists means a safer democracy, and we all win, even the scumbags and the scoundrels. Pity they are just too self-interested, greedy, corrupt and hateful to see that.

Remember, if you come across content on social media that could potentially be hate speech, incitement, harassment or disinformation, report it to Real411. To make it even more simple, download the Real411 mobile app.

Finally, we are approaching that magical period where political parties need to show us they care, so in addition to asking about what they will do in your area, ask them to issue one public statement a month in the lead-up to elections that highlights and condemns any attacks on our journalists and then to demonstrate what action they took to help combat that. If they are edgy or push some other useless agenda, don’t vote for them because they don’t believe in democracy. DM

To make it even more simple, download the Real411 mobile app from Google Play Store or Apple App Store.